posted 1 year ago
I have never really liked cats. Too independent perhaps, always in your face when you do not want them to be, known to kill infants, and most cats I have had have been much too lazy to kill mice.

But with four daughters and a wife in the house, it was inevitable that we got another cat. Our last one Thomas was a good cat, indoor/outdoor and never went to the bathroom inside the house, and tolerated the toddler picking him up by the tail a few times without even hissing at her. But he would never chase mice, and hated to be held.

But after he was killed by a car, we decided to surprise the girls and adopt a cat. It was an "older kitten" we were told, but when we went to pick her up, she was about the size of a teacup, and only 8 weeks old. She has been here about a month, and has kind of grown on me. It is the dead of winter in Maine, it is super cold outside, and as most people know I have been very sick. Since I no longer get out much, and the kids are in school, and Katie works, well...it is just me.

But having Mysty around has been nice. We are pretty good friends. She sleeps with me most of the day (as she is now), and sleeps with me at night as well. That is because we live in a Tiny House so my bed is also the couch.

Anyway, I know she is just another cat to most people, but I am really starting to enjoy Mysty. 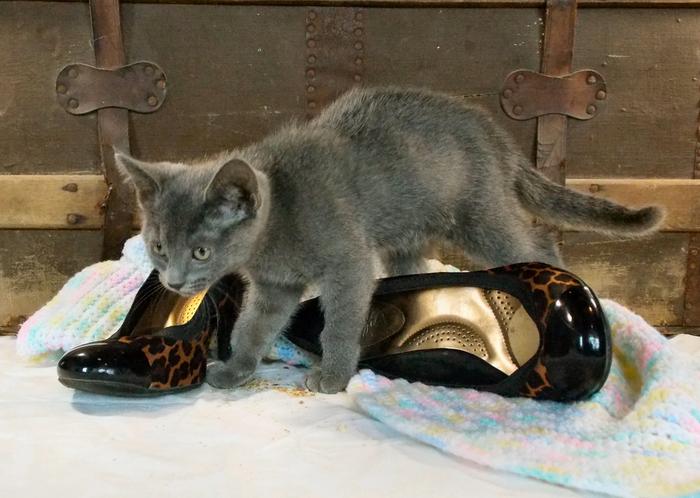 posted 1 year ago
I'm glad you like your new cat.  I would like to say, I think the chance of a cat killing a infant is less than your chance of winning the lottery.  If you don't buy a ticket.  And live in a place where lotteries have not yet been invented.