Chris John Clemens
Posts: 3
Location: Marshfield, Ma
1
posted 3 years ago
Join the silent, secret revolution. Shhhh, don't tell anyone. We're taking over the world one happy, healthy cell at a time. We need to start small and simple like a blade of grass, but watch us grow. Ok, you don't need to join because you're already part of it if you're on here.

I'm know I'm preaching to the choir so this is more of an introduction and a reaffirmation than a news flash. Like yourself I'm sure, I know a handful of people who are already living, or wanting to live, more sustainably, but they're scattered all over the country, and the planet. Obviously if we're going to take over the world we'll have to expand and we are, but a forest doesn't grow overnight. Staying connected through awesome sites like Permies! and joining forces is vital. The positive electricity coming from our chemistry will make us grow and spread making even more new friends and connections all over the place.

I guess I should preface our world domination by making clear that we're not really taking over the earth as much as we're taking it back. Or, letting it take itself back. Giving up your cell phone is not a requirement in case you were wondering, but I do like to turn mine off for large portions of the day especially if I'm with other healthy cells. A healthy cell lives in harmony and collaboration with its surrounding living system where an unhealthy cell (no pun intended, btw;) only takes from the surrounding living system eventually killing its host and thus killing itself -not very intelligent. And, not very sustainable. The typical American way of life is short lived and will eventually devour itself. A child can see this. Denial can last a lifetime, but the truth is forever. You can probably guess where this metaphor is headed. If unhealthy cells can spread like cancer killing the very thing that supports its life then why can't healthy cells reverse the process by taking back the environment that gave them life and rejuvenating it steadily growing like it's opposing counterpart?!!! The answer is we can.

Like many people, I lost someone very close to me to cancer. While we were still fighting it, I studied everything thing I could pertaining to the illness. One thing I discovered which already made sense to me is that a positive attitude makes all the difference in the world. This applies to all sicknesses. None of us can control life or when our time is up, but we can control how we spend the time we have. If we focus on being positive and productive and, most of all, happy, we've already won the war no matter the outcome of any one battle. This is what being a healthy cell is all about.

Being positive doesn't mean we avoid problems or brush them under the rug with a fake smile claiming everything is fine. It simply means we stay positive and never give up hope regardless of the obstacles we face AND a big part of that is connecting with other healthy happy cells who aren't afraid to look at the real issues we face, yet, at the same time, aren't using them as excuse to be negative. Unhappiness is pretty sneaky and will try to use anything and everything to justify itself. We can't let it!

I know taking back the earth is easier said than done (and we'll be sure to stop before we're back living in caves:), but you can't think of it in its entirety. Efficiency is crucial to the success of any living thing and we're no different. Having a low overhead and a small footprint reduces the amount of resources we use and waste we produce. While keeping the big picture in mind, thinking small, simple and even slow is helpful. Evolution takes millions of years, but look what it can do. We can either be part the cancer or part of the cure. To me, that's the epitome of free will.

One little healthy cell cannot fight off the malignancy around it alone if it does not join with other healthy cells so I figured I'd introduce myself. I've never been someone who used forums except maybe when I'm fixing my truck. I probably sound pretty touchy-feely, but I'm not. I'm an ex-hockey player from Boston turned farmer/fisherman for the past 20yrs. I'd much rather be back in Alaska off the grid, but I'm on the east coast, now, in the belly of the beast taking care of my father. I am slowly and patiently expanding my healthiness into my surrounding world (while horrifying my yuppie neighbors:), but it's much more fun to do it knowing the are other healthy beams of light out there. Thanks Permies! True survival of the fittest isn't might makes right. It's light makes right. The mind loves to say "no" and the heart loves to say "yes." Which one do you listen to?

I'd love to hear of ways others are staying positive and healthy especially when we're not all where we'd ideally want to be or not independently wealthy. For example: When I was younger and fresh out of school, I was pretty stubborn and idealistic so I set into motion certain policies that I'd compose my life with. I'd never take a job that I couldn't walk or ride a bicycle to. I hated being dependent on a car and consuming so much fossil fuel. As a result one of my favorite times of day was walking to and from work. It was very grounding. That's just one. Granted, we all have to be realistic. Idealism can paint us into a corner if we're not careful. Saving the world or just saving our lives can seem like a pretty daunting task, at times, but there are many roles each of us can play. From what I've learned, being positive is step.1 even when addressing a problem. Thanks for reading and keep up the good fight.
20171114_135248.jpg 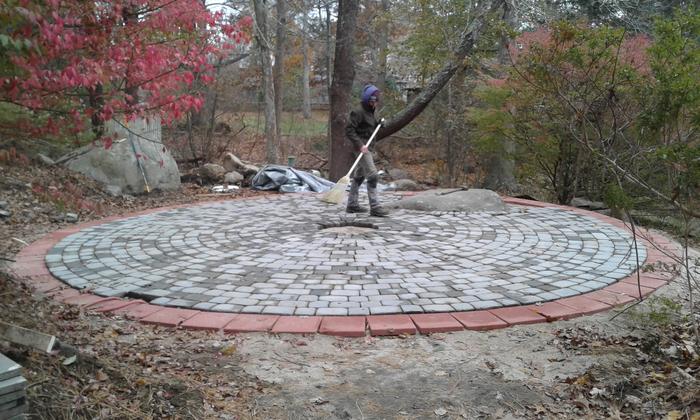 posted 3 years ago
I'm looking into joining an intentional community or similar situation. On one hand my plan seems to be a bit selfish as I'm leaving a city which needs much support and change and healthy cells.

Yet on the other hand I am going to a place where I can live a life closer to the land and help out and further my healthy cell skills and lifestyle.

So I am a bit torn. But I can still do good outside the city and help people in that area. As well as possibly inspire others to take-up a similar lifestyle. As intentional community type lifestyle seems to be the most efficient for healthy cells.

Chris John Clemens
Posts: 3
Location: Marshfield, Ma
1
posted 3 years ago
That's great, Ben.
Don't be too hard on yourself regarding whatever choice you make. You're looking for better ways to live and that's the most important thing. I'm not sure where you live (USDA zone 6a/5b?) or where you're considering to move, but feel free to PM me if you have any questions. I've checked out a lot of ic's all across the U.S. and lived in a few. A big part of making a move like that is timing and preparation. They always sound great, but we have to be ready mentally and financially. I wish all the best, buddy.

The ironic thing about cities is that even though they're overcrowded and create a lot of pollution they can be very communal. A person can get pretty much everything they need within a one mile radius of where they live except of course for a healthy dose of Mother Nature and open space. When I was younger, I tried to live in a few, NY, LA, Boston, N.O, but I'm just not a city person. The flip side to living out in the country or the suburbs is that we have to travel much farther to get a lot of things. Farm co-ops and intentional communities are an attempt at creating the best of both worlds. It's funny. There's definitely a sense of reinventing the wheel as we try to mature as a culture arriving full-circle in living how people did long ago, but calling it by fancier names. We all learn different things at different times in our lives. When my responsibilities are taken care of here in New England I'll definitely be heading back to an intentional community, farm co-op or start my own, but like you mentioned it's about increasing our healthy skill sets and that's a fun and never ending process. Good luck!

Here's just a few of the places I've checked out or lived: