My sugarcane (see photos) has been cut by something/one. As the photos show, the cuts look clean and neat - like someone used secateurs or scissors.
We have no foxes, rabbits, moles (the biggest thing might be the neighbors cat, or the odd rat but what with chicken feed, kitchen scraps, etc. around to eat, I can't see them favouring the cutting down, but not eating, of sugarcane).
It happened overnight, so I doubt it's a bird (unless owls are prone this sort of thing?); also, the sugarcane is (was) located a bit under another large shrub, so it's not as if it's out in the open and easily accessible.

I've had the same thing happen to a carnation plant - it was a lovely little circular growing thing and then one morning it literally looked as if someone had taken scissors to it. I do have a very back slater (pillbug) problem that I'm trying to solve, but as bad as they are for most of my garden right now, even they can't make this kind of neat cut overnight.
It can't be a person as the entire backyard is fenced in (not to mention, what motivation would there be?!).

I'm quite concerned, as the sugarcane in particular was doing quite well - not thrilled to wake up one morning to find it dead for resons I cannot fathom :(
Cut-sugarcane-16-Mar.-2019_resized.jpg 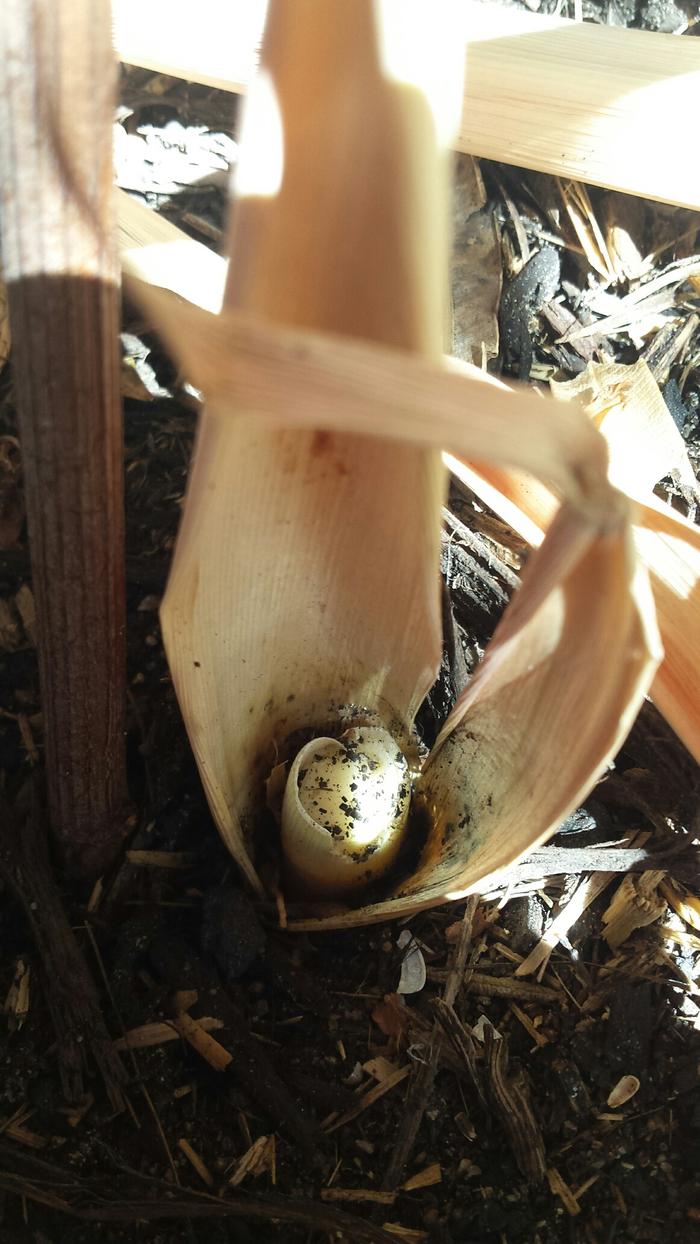 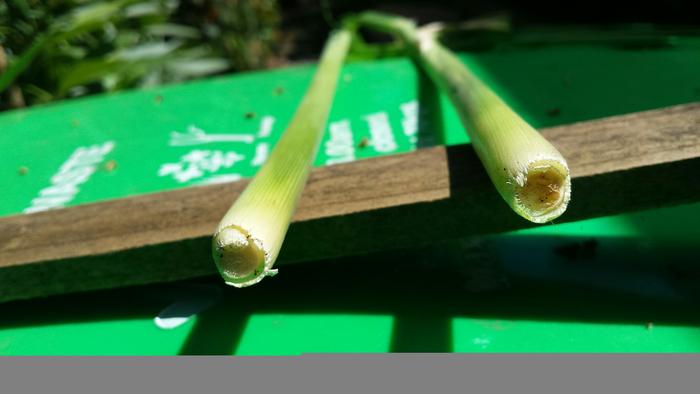 posted 1 year ago
First things first, pill bugs (sow bugs) are not going to harm living plants, they are one of natures clean up crew and only feast on fungi and dead plant matter, they are also a good indicator of a healthy biome.

How much of the cane was eaten? that is a good indicator of what type of "varmint" it could have been.

What types of grass eaters are present where you are? (installing this sort of information in your profile helps everyone give best fit answers to any question asked)

If your area doesn't have rabbits, beaver, or other critters that have large cutting teeth, then it might not be a four leg that's to blame.

I can tell you with a fair amount of certainty that it was not a predator type animal, but without knowing where on planet earth you are located it gets pretty sketchy trying to give a list of probable culprits.

(looking at the second photo in close up mode it does look like a rat is a possibility from the edges of the outer leaf.)
Redhawk

posted 1 year ago
My thought was that it is cutworms.  We had cutworms cutting off the young corn stalks and used coffee ground to stop them.

Aula Seiler
Posts: 14
Location: Craigie, Western Australia, Australia
9
posted 1 year ago
I beg to differ on the eating habits of slaters/ pillbugs, Redhawk. They do eat live plants, perhaps not commonly, but they certainly do in the right circumstances. At the moment, they are so prevalent in my garden that they will eat pretty much any seedling I put out. I've had to repot smaller comfrey plants as they were literally hung with the bugs at night, resulting in no new leaves. I am aware it's a sign of imbalance in my garden; as I've only just started on my permaculture journey, it's not surprising to find drastic imbalances. Any suggestions on what might bring balance back are most appreciated.

When I look at my post, it lists my location on the side (Craigie, WA, Australia) - is this only visible to me? (I am new to forums). I will work on my profile to ensure it contains as much detail as possible.

From what I saw, nothing of the sugarcane was actually eaten. It just looked as if it was cut off and left there, which made it so curious to me.

I have never heard of cutworms but from some very quick reading, that sounds quite feasible. Thank you for that, Anne - I'll look into it some more.