Posts: 114
Location: Nashville, Tennessee, USA
posted 9 years ago
I am  tired of weeding and watering!

So we  are field testing what I am calling a Mycoboard.

There is a square hole in the middle for putting a plant.
It lays on the ground and a plant is installed into the center opening.

The idea is that it blocks weeds, retains soil moisture and the mycelium imparts soil nutrients

Please let me know if you think this will work and what could be done to improve the concept.

My permie friends in Nashville are trying them out now.

Please watch a short video here as I explain the concept:
http://www.youtube.com/watch?v=ljL0y49jxbM&feature

The trees are from a municipal waste stream.  In other words they were rescued from a landfill.

Brenda Groth
pollinator
Posts: 4437
Location: North Central Michigan
26
posted 9 years ago
sounds like a great idea, I wonder if enough water would get through for the "tree" or whatever is in the center?? I would try them..

Posts: 114
Location: Nashville, Tennessee, USA
posted 9 years ago
Not getting enough water was my concern too.
Perhaps the soil would absorb moisture at an even rate.
It could also keep the plant from getting too much water if that was the case.

There is also the hugulculture effect whereby the wood holds in water and acts like a sponge on top of the plant?

Brenda Groth
pollinator
Posts: 4437
Location: North Central Michigan
26
posted 9 years ago
maybe it could be drilled through with drainage holes?

Ben Martin Horst
Posts: 8
Location: Occupied Anhalpam Territory, Willamette Valley, Oregon
posted 9 years ago
What about using several layers of salvaged cardboard as the mycoboard, instead of a hunk of wood? Your choice of mycelia would be different, of course, and it would decompose faster, but it has the advantages of being semipermeable, more available and/or cheaper, and more sheets could be reapplied as older ones decompose. You could also make them in larger dimensions, which could be more useful in terms of weed suppression.

Or take the "lasagna garden" concept and add mycelia: inoculate alternating layers of straw, cardboard, newspaper, wood chips, etc, with appropriate mycelia and apply new inoculated materials as needed.  At first thought, it seems like these techniques might have most of the advantages of a piece of wood, but fewer drawbacks.
Ken Peavey
steward

Posts: 2482
Location: FL
110
posted 9 years ago
Plant Choice
I'd not want to put in a plant which would grow to the size of the opening.  Growth would be restricted, at least until pressure bursts the board.

City Trees
This mycoboard reminds me of trees in metro areas planted in a concrete sidewalk.  There is a small square space which is open to the soil for the tree to grow in.

Water Access
The size of the board is not so huge that deep roots could not get water.  Drip irrigation could provide the needed water for smaller roots and seedlings.

Supporting Fungi
I suspect the board would dry out, particularly on the exposed side.  If the board was mulched it would better retain moisture which would further the life of fungi.

Curb Appeal
This device is neat and clean and tidy.  I betcha the Beautiful People would buy these up by the dozen for their shrubberies.

Board Life
Down here boards in my beds dont last long.  I've used a few different types of stock.  1" white pine makes it for 2 seasons.  3" thick rough cut hickory has made it for 4 years.  Sweet gum made it for 5 years before crumbling.    I've had weeds growing from these boards when they get going with decomp.

Innoculation
In the vid, I see lichens on the prototype shown.  Can the boards be innoculated to give them a head start with establishing mycorrhiza, and is there a practical advantage in the effort?

Existing Plants
A 2 piece unit would enable use on an existing plant.

Square vs Round Hole
Looks like you made 4 saw cuts in production.  I'm thinking a drill press with a hole cutter would speed things up.

Grain Direction
The prototype shown is quartersawn.  If you produced some crosscut units it would be possible to make a comparison as to which method offers advantages.  I think crosscutting would allow moisture to move through faster, but mycorrhiza would also move through faster.

Drilling Through
I think this would allow weed growth.

George Lee
Posts: 539
Location: Athens, GA/Sunset, SC
1
posted 9 years ago
That plant better be of high importance with such a surround. That piece of wood is BURLY. It seems intensive to me and even superfluous. A solution I'd consider it getting a nice saw and cutting those to about 1/10th of what they started from (if you really wish to do this). Honestly, I'd save the logs, and grab yourself an electric drill and bore holes for 'shroom plugs and cultivate mushrooms with your salvaged materials. Cardboard will more than suffice for what you're after,plus it's quite readily available for the taking. I've never had a weed issue with sheet mulched beds,and I've literally done a few hundred by now..I always have an abundance of mycelium inhabiting my areas.

Leif Kravis
Posts: 81
Location: Toronto Canada
posted 9 years ago
Campy, i would suggest you make a cut through one side of your slab  with the grain, an expansion joint if you will, if a plant needs more space the board will break more easily, or perhaps just use it in two pieces and snugged around the plant.
Posts: 114
Location: Nashville, Tennessee, USA
posted 9 years ago
They readily break along the grain so that would be a modification that is easy to make.  Just smack it on a rock and it snaps where the hole is.
Thanks for the input.

Biodegradable Weed Mat Made from Compressed Wood Fibers 30” by 36” size
Slowly breaks down over a 3 year period. - Prevents perennial and annual weeds from breaking through-
Allows water to slowly percolate through.

Posts: 114
Location: Nashville, Tennessee, USA
posted 9 years ago
Nice, I like that company.

Posts: 114
Location: Nashville, Tennessee, USA
posted 9 years ago
Thanks for all of the input thus far.
Here are some photos of my new modifications.

The hole is now a keyhole so that it can be installed and removed around the stem of the plant. 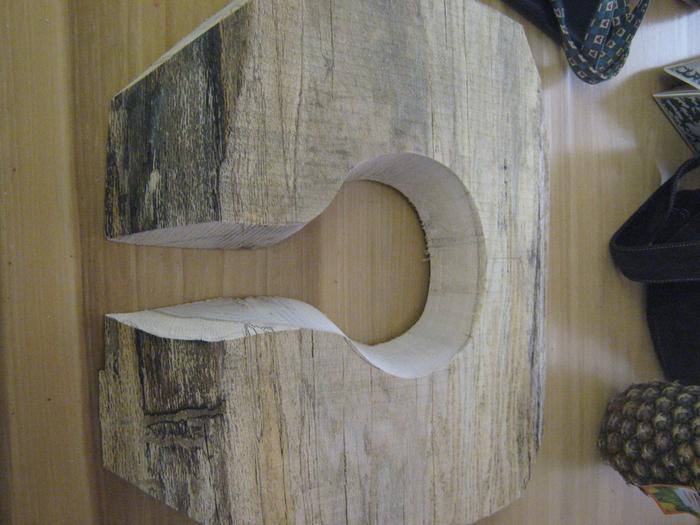 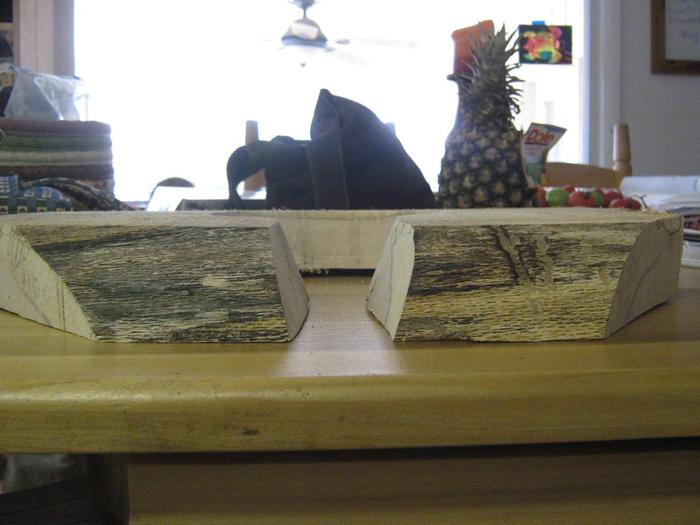 Tony Elswick
Posts: 73
posted 9 years ago
OMG I have developed a composting bin for Plastics!!!

Step 1: Isolate the rhizo pattern and develop a fast strain!

Step 3: start with the top bin using all new plastics.

Step 4: grain to grain transfer to the middle bin after a couple days, refill the bin with new substrate and start again!

Step 5: grain to grain transfer to the bottom bin after a couple days.

YOU HAVE MUCHROOM COMPOST NOW!!

FYI: one could use the fungal sugars in the fruit bodies to generate methanol in a aquaponics setup to power pumps.... or whatever else you want to use them for!!
Tony Elswick
Posts: 73
posted 9 years ago
I wonder if you could mix saw dust with soil and inoc the soil with beneficial fungi to create a casting to pot plants in inside the nursery/germ. unit?

has anybody tries using an inoc solution of fungi into soil mixed with substrate with any results?
steve stev
Posts: 1
posted 9 years ago
Hello everyone as i am a new member of this forum i found this forum very interesting .Thanks...
Thanks for information

Posts: 114
Location: Nashville, Tennessee, USA
posted 9 years ago
Tony - when we run the sawmill sawdust is mixed with the soil in large volumes.
The tires of the skid steer constantly churn it into the soil.
Not much happens with mushrooms or vegetation.
The soil seems to absorb it and grass grows a little slower than usual.

Posts: 114
Location: Nashville, Tennessee, USA
posted 8 years ago
The results of our first field tests are coming in and the results are encouraging.
The photo is of a single tomato plant under a mycoboard.

One of our team is contacting the participant to interview him and obtain more specific data.
That will be posted when available.