Woodlands on the brow of a ridge~

posted 1 year ago
We’re selling the farm in VA and moving to the mountains in NC.  A new growing zone (6), 20 degree slope, concerns with wildfires & a fairly unstable soil combo of silt & clay with no top soil to speak of.  Oh yeah, 100” of rain in the past 12 months, oh don’t let me forget serious windy conditions with regular “wind storms”.
I’m going to keep a log on this thread and any input is very welcomed.  There is so much to do but I am beginning with wildfire concerns, especially since fire trucks could Not make it up our road & no ponds etc.
the NNE portion is smothered with wild rhododendrons, the biggest tinder for these fires according to the forestry & fire management guys. These things are draped all over the cedar house & shop, growing almost 12’ tall.  Because of their poisonous nature & nitrogen robbing habit, this huge mass was littered with dead trees & limbs.  I cut them down leaving approx 18” stumps standing proud.  My intention is to pick rows of stumps, on contour, and stack logs etc , using the stumps as bracing, forming mini hugel type terraces.  I plan on sprinkling these mini terraces down the hill, each between 8 & 12’ long.  I do not want to dig down, which could add to the instability of the slope, so these hugels will be above ground.   Planting fruit trees & berry bushes etc to make these terraces individual guilds.  I’ll post as I make headway.  Thanks for your thoughts!
A5B960D2-B289-4527-8360-9F250930A619.jpeg
5562C0B2-DC5F-4CB2-AC2F-EFE87E268AD8.jpeg

Sounds like a bit of a challenge. One thing that popped out at me was the fire hazard you mentioned, and the on-contour hugel terraces, and the slope, and the rain. Oh, and the instability of the terrain.

These are all components to either a worse fire event or a landslide.

In the normal course of events, you don't really want to use hugelbeet construction to make terraces, although I like the idea, and I think I know of a way to make it safe. The usual concern is that it will all become sodden as it saturates during rain events, and that it will go visit whoever is living downhill. I think that if the hugel terraces were anchored with rooted stumps and then had strongly-rooting trees planted on the downslope edge, it might still be a good idea to mechanically stabilise the slope with stakes pounded in to keep the hugel components in place, but it would mitigate some of the danger.

Another concern is that anything that acts as a sediment trap placed on-contour will do equally well to trap embers in the event of a fire, increasing the likelihood that everything burns. If your hugel terraces are topped with soil and garden beds, and if mostly everything atop the terrace is either growing or kept damp, eventually the hugel moisture battery effect will keep it in some sort of humid equilibrium, and will act to quench embers it traps.

It looks like you have a beautiful bit of land, though, and you know what questions to ask. I look forward to hearing more.

Thanks for the pictures. Keep 'em coming, keep us posted, and good luck.

posted 1 year ago
Thanks Chris
Yes, a really interesting challenge indeed!   I have a bunch of black cherries & plums growing in pots to be planted on these small terraces with appropriate guilds.  I will certainly keep things posted since this is a first for me with so many variables.
I will post as things progress and your insights are so appreciated!
M~

Judith Browning
Posts: 7605
Location: Ozarks zone 7 alluvial,black,deep clay/loam with few rocks, wonderful creek bottom!
1447
posted 1 year ago
Marianne, this is exciting! I've been following what you've done at your old place for years here at permies and I can't wait to see what evolves at the new place.

posted 1 year ago
Thanks Judith. I hope you are well. I will keep things posted.  Interesting project ~ 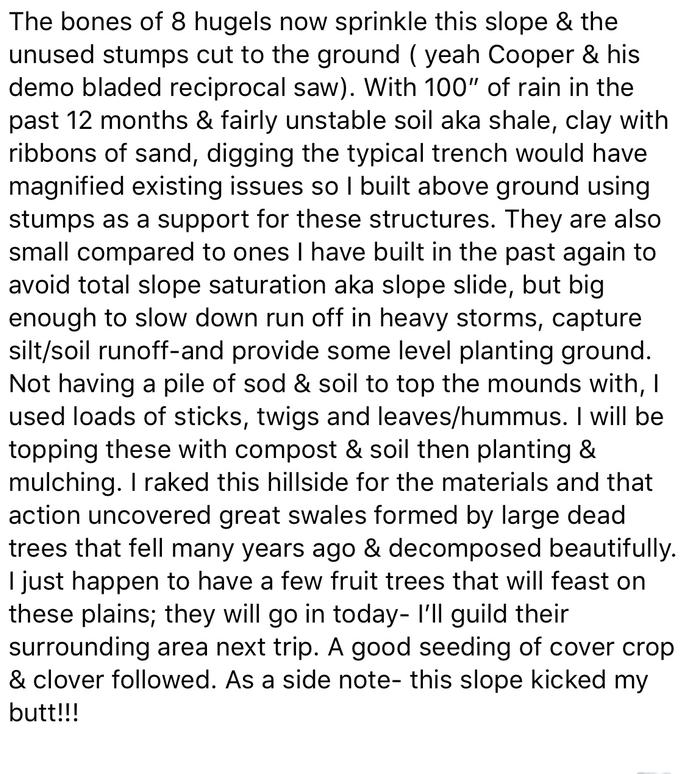 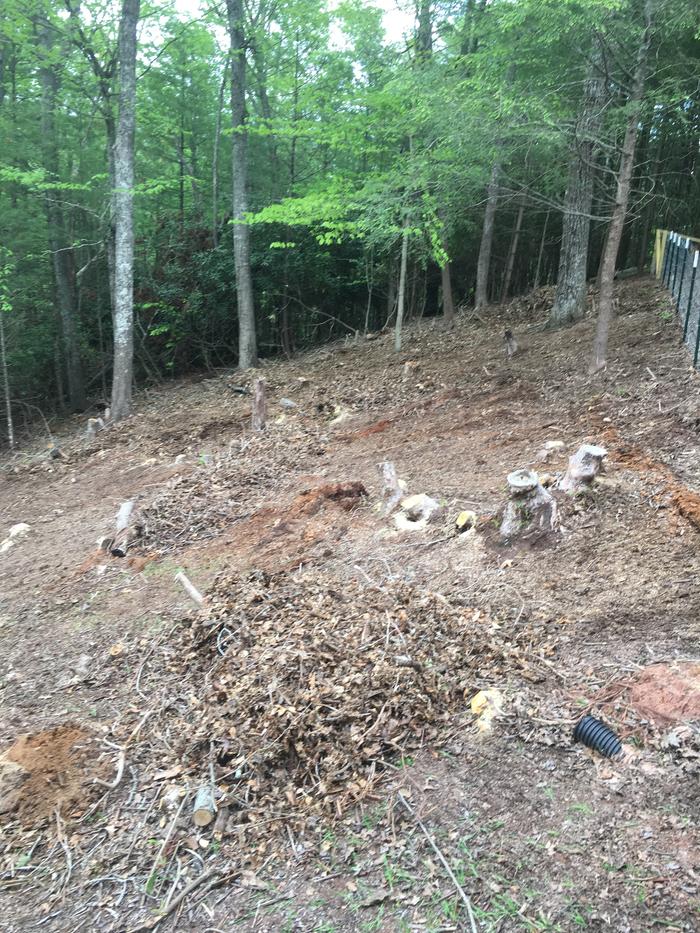 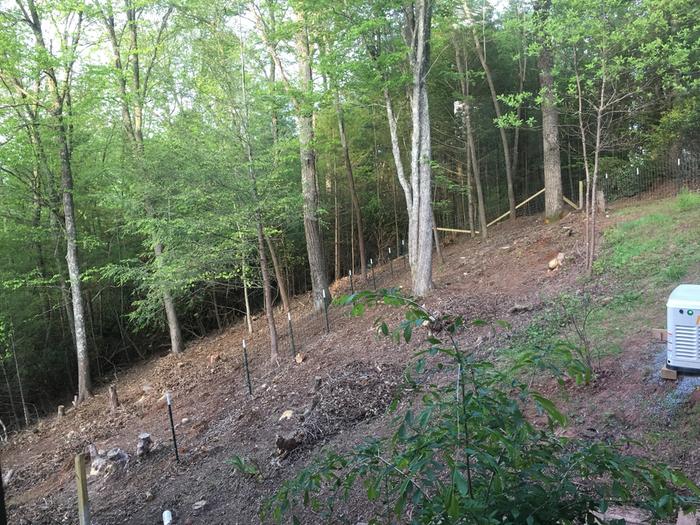 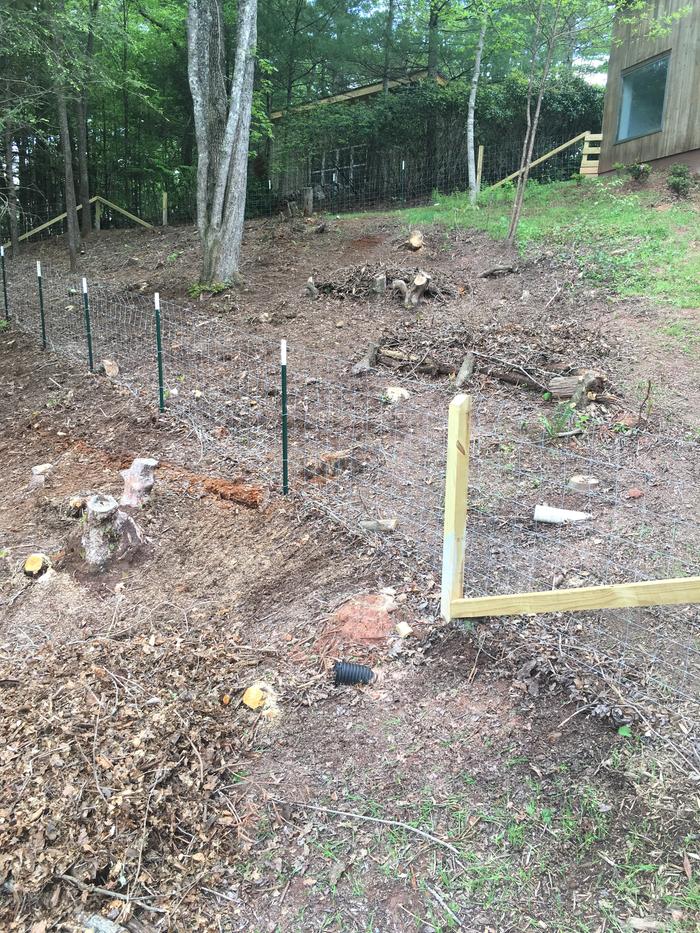 posted 1 year ago
Finally got 3 of the 8 terrace hugels done.  Since the slope is extreme and the soil unstable, I didn’t dig a pit so i didn’t have sod nor soil.  I topped the layer of leaves with a thick coat of “grass” clippings, a sprinkle of mushroom compost, worm casting potting soil left over from greenhouse work, bean & wildflower seeds and a thin layer of aged hardwood mulch rich in mycelium.
02203757-7D9F-40EC-9241-947D0DB69F8B.jpeg 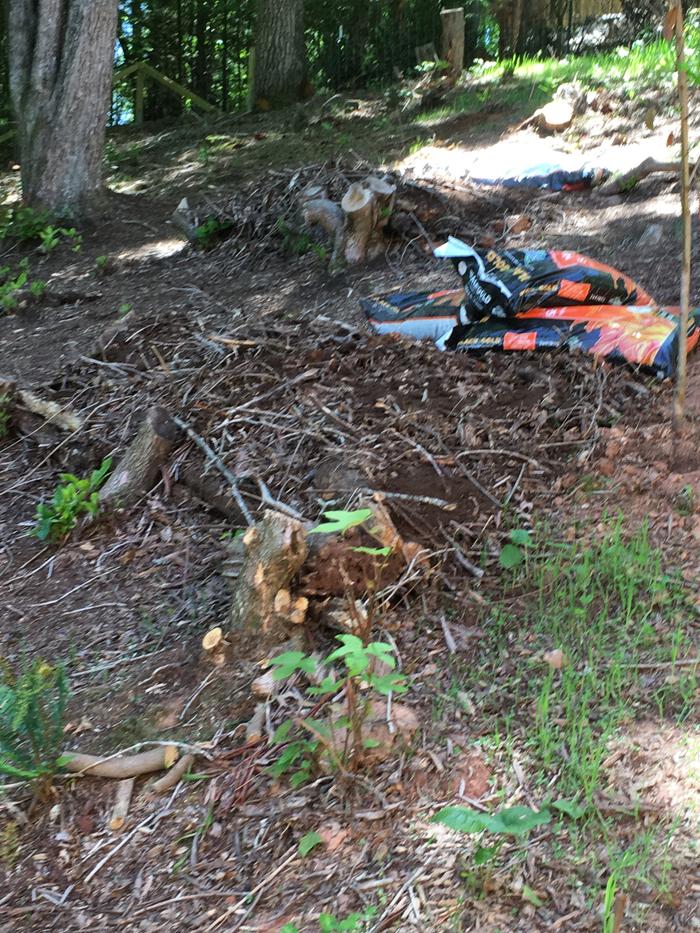 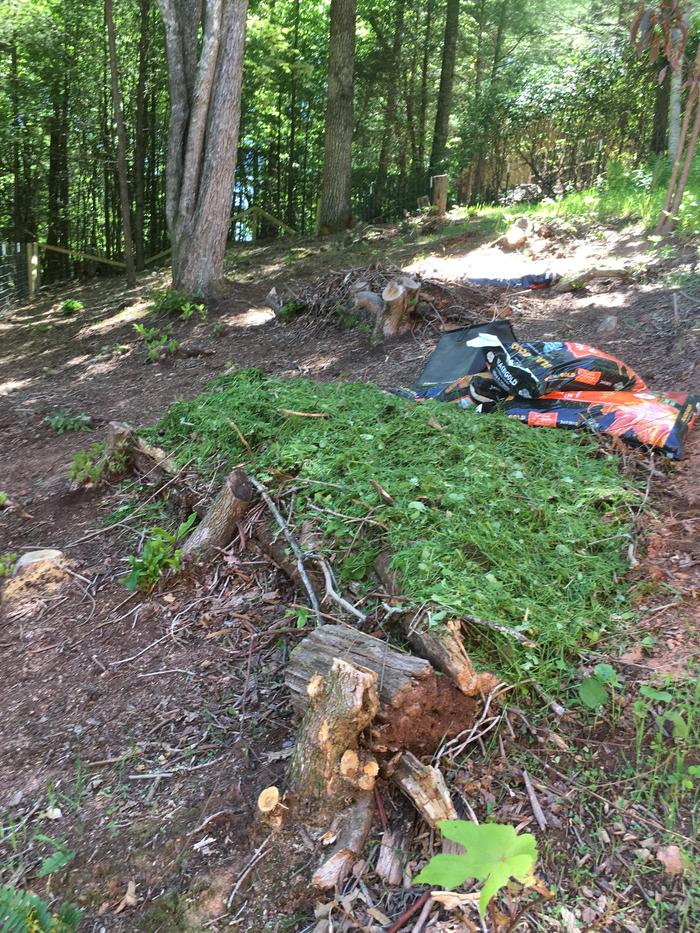 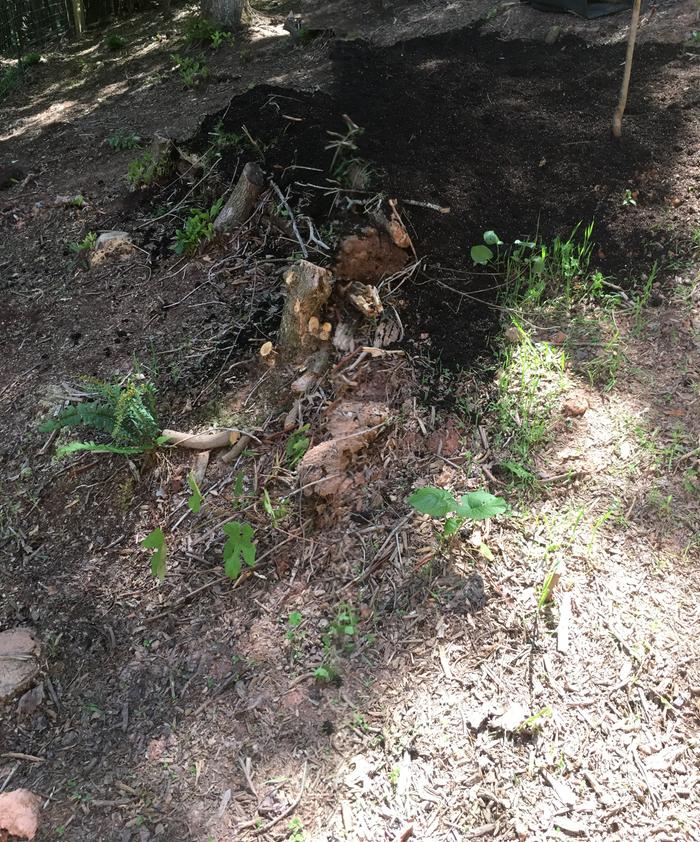 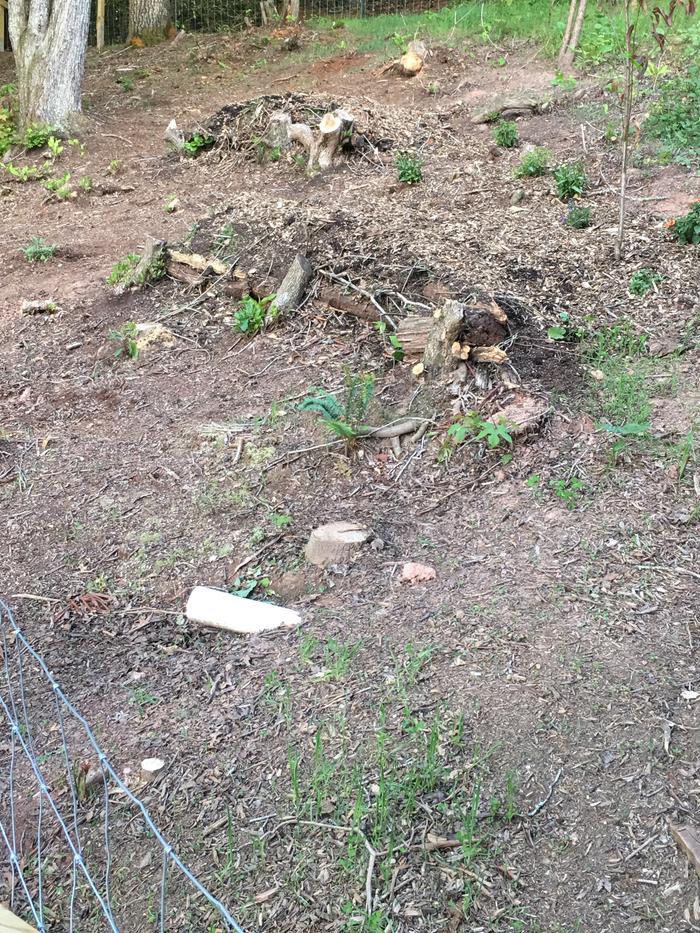