Jaqi's Days in the WL Bootcamp

Jaqi LaPlante
Posts: 23
34
posted 1 year ago
Hello, I'm Jaqi, and that's me peeling bark off a tree down below. I learned how to sharpen the bark spud and everything (actually a floor peeler)

Today was my 3rd day as a boot here at Wheaton Labs, I'm getting settled in and used to the workload, I know it's going to be a great fit, plus time is already flying by. I plan on staying for at least 2 months, shooting for 3!

Today, we also emptied and cleaned 10 compost toilet bins. The willow and cottonwood garden shall love the 2 year old, fully cooked doo-doo, Fred and Robbie are pictured below finishing up the task.

The bootcamp has been working on the bermshed this week, Jeremy had to sit on a rachet loop connected to one of the logs on the roof, in order to pull it down into place for the final roof adjustments to prepare for putting up the facade. Pic below

posted 1 year ago
Welcome to permies, Jaqi!!! It's so cool to have another boot posting!

I don't think your pictures showed up, though. I think links to google pictures don't work--maybe Google doesn't like paying for hosting pictures like that? I honestly don't know. Maybe try posting the pictures as attachments? Here's a thread on how to add pictures

We could also set you up with a thread in the Pie forum https://permies.com/c/19 just for uploading pictures. That way you could upload them one ot more at a time to that thread, and then embed them here.

Jaqi LaPlante
Posts: 23
34
posted 1 year ago
Thanks for the welcome, Nicole! And thanks for the tips and photo thread idea, I figured it out, see!?

Thanks again for the support! Stay tuned.
Jaqi LaPlante
Posts: 23
34
posted 1 year ago
Hi.
Today I wanted to talk about the bermshed some more, since it's such a HUGE project, and it's very exciting to be apart of. I got to help put on the facade, made of sawmill cut off bark/wood pieces. Now, this is a little tricky since the pieces are irregular and have been used awkwardly for this purpose before. The idea was to hide the plastic that is underneath the sand from view. We could have layed the pieces flush against the facade boards but the plastic would still show through, and this is important because the sun will destroy the integrity of the base layer plastic, but if left covered up, it supposedly will last centuries this way. Fred and I overlapped the pieces in order to cover up the plastic all the way, however this left a little problem of the sand from the roof sifting down through those facade gaps from the overlap. During some brainstorming, we came up with the idea to fill the gaps with larger rocks and pebbles that would wedge in and stop about 90% of the sand coming down, and then the crew layed down some pine straw over that to stop up the rest of the gaps, and we buried it in sand and now the bermshed is that much more close to being done. Time to plant seeds on top.
20190605_145116.jpg
20190605_152433.jpg
20190605_170311.jpg
Jaqi LaPlante
Posts: 23
34
posted 1 year ago
I have a story. Day 2, I went ahead and got heat exhaustion.  I get off my H2O schedule at some point and then it's down from there, I didn't have a clue yet. Soon enough I feel sick in the afternoon and I can't think well, I couldn't function regular tasks without something feeling wrong, my brain fell away from control quickly. Time, and switchel helped me recover and I was feeling good the next day, I'm grateful. Paul shared a story of heat exhasution as well with the same symptoms as I. Sun's gunna getcha! I've witnessed a volunteer full-on pass out over at River Rd. Farm a few summers back, in Missoula!!

A rainy day every once in awhile is nice after the sun beats down on you. And it waters the growies! 2 rainy days this week. We planted Lupine, Daikon and squash during one day and packed insulation under the red barn and sharpened tools another day, amoung other tasks. Bowsaw sharpening took a long time because it was beat up and I'm a newb, there were a couple more things than I thought were going on with that saw, I like it even more now ,  however  I don't know if it likes me  because  I snapped  a couple teeth  in the learning process ,  and I think  the lesson  in  the mistake is  I'd still choose  the saw with broken teeth over the other saws because it is freshly sharpened, and that ought to be done more regularly to maximize efficiency of the blade and your time.

The insulation was stored in the mezzanine above the classroom, now the insulation is gone and it will be ready to use more often!!

The beehive had a main area with a little over 100 holes for bees and a spot on top where 6 in. long reeds were stacked for more housing space. 2 reeds housed  a different type of bee, mason bees, which you could tell because the ends of the tube were sealed with mud instead of leaves. Fred popped one open and there was still a larvae growing, so he put it back together and said those bees will mature in the summer, there's different types.

The goal of working with the leafcutter beehives is to clean out predators and debris in order for the bees to build fresh in the same hive, they only live about 6 weeks, so they will use the same home and not travel too far for that. The bees build cocoons in a single track, so predators can easily munch through a whole grouping, these bees natutally make their homes in log/tree holes or the like. After gently removing the cocoons, we place them in a little green toule bag made for sachets, which keep the predators out for the most part.
The predators in the hive were fascinating, albeit a little sad. Fred said there's more and more bees in the hive every year, so we're helping after all. There was a giant pink grub guy in there munching around, and much later we spotted him all camoflauged in leaf cutter cocoon debris heading for the unhatched cocoons.  Lots of predatory wasps, and we even found a black and yellow beetle. Can anyone identify the pink grub or black and yellow irredescent beetle?

Working on the Abbey feels special because someone has, and will live here again in the future, we're helping to make a cozy home in the harshness of this planet, oh yea, and the general mind-blowing techniques and principles of this building are very interesting as well.

Two new boots showed up Monday this week, Zach and Taylor from NY, they're eager to help and that's rad, go team! This week the boots worked on another facade, I'm a pro now, of course I can do this after the wacky bermshed facade, right?!
Wrong.
There was a moment when I thought I knew what I was doing, but then the earthen home reminds me that nothing nobody nohow knows what they're doing and we all have to improvise to get an even surface somehow. Fred whips out the hatchet for the 'transition' zone on our facade mount because of some uneven roundwood areas underneath. I wanted to saw bits off of the facade mount because I was nervous about hatcheting a 2x4, as it turns out, the hatchet cut smoother than anything I've used before and now I've got a new hatchet trick in the bag. I'm sure that won't be the last thing I surprise myself with around Wheaton Labs. The facade ended up looking nice!

Paul asked a few women on the lab to test out she-wees for the greater good of using that pee for fertilizer more easily. She-wees are stand up urination devices for women, I love it, and I vote for the trough design, others did also, so we now have trough urination devices for women to use at the lab! I know there's a thread around here somewhere that I've got tons of feedback for, yipee! I have also started to say he-wee now when guys need to pee, ha fun. 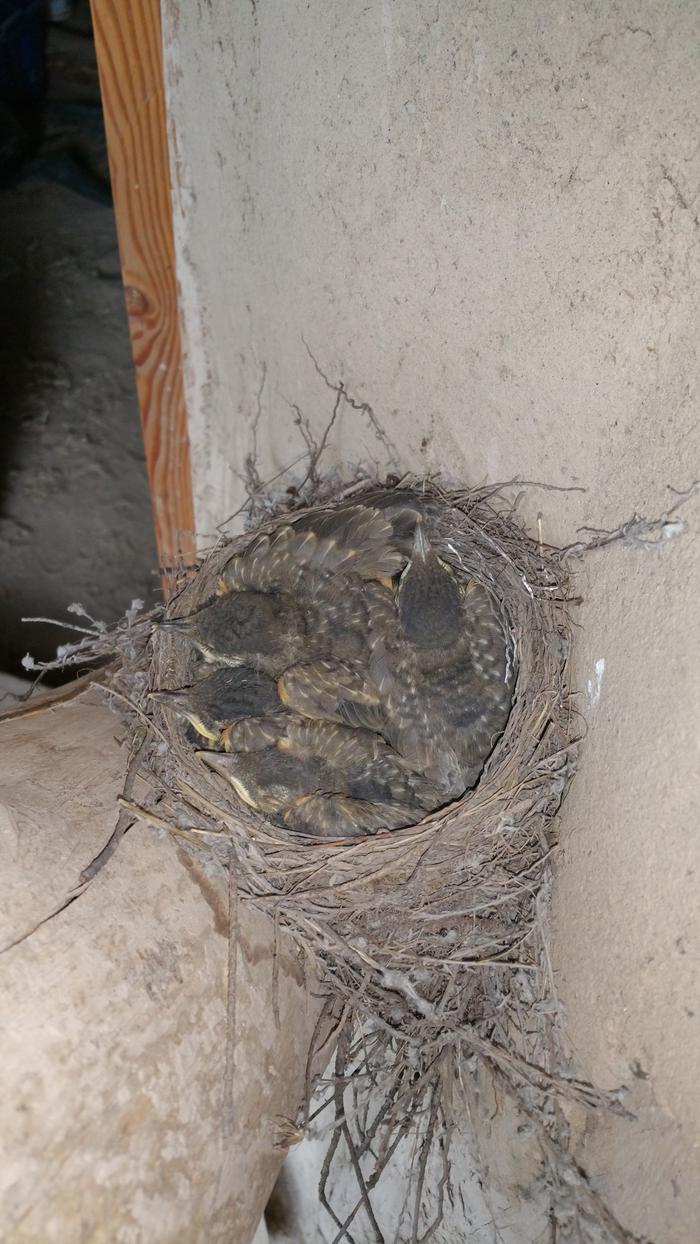 posted 1 year ago
Awww, those little birdies are adorable.

posted 1 year ago
Hi Jaqi! You've earned some money through the Biological Reverse Kickstarter for starting you blog! Would you like the money sent by paypal or check? I sent you a PM, but I know you're probably crazy busy right now. But, I wanted to make sure you get your money, too!!!

Jaqi LaPlante
Posts: 23
34
posted 1 year ago
Wildflower post!!   💘 Thanks everyone for checking out my thread 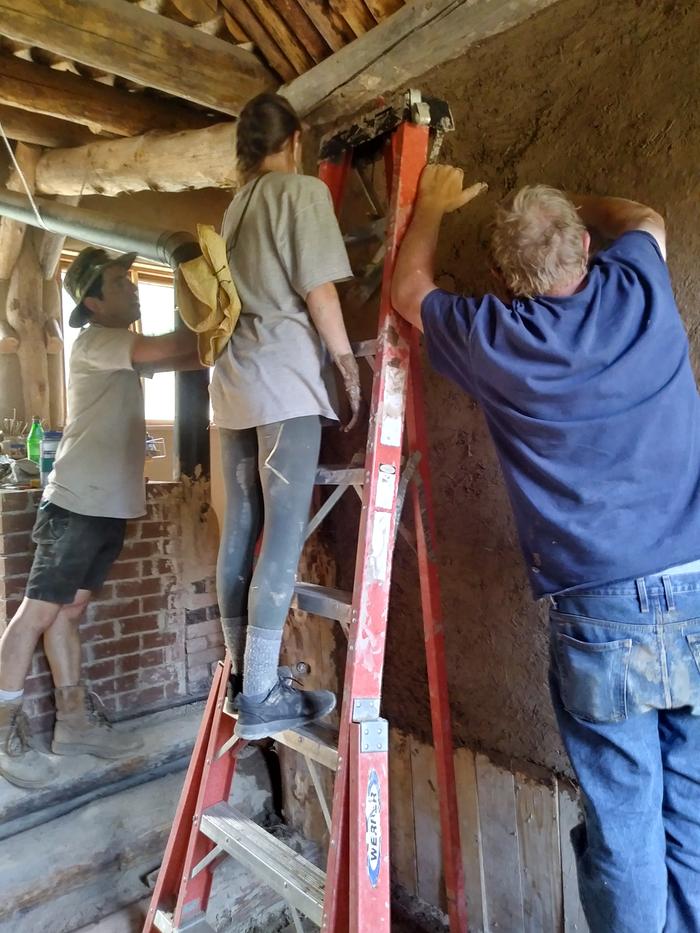