Turtle and Snake motif in design

posted 1 year ago
I've been asked to work on a project in a reservation, it's not a permaculture project, btw. Permaculture in my mind, has its foundations in indigenous wisdom, and that some permies work with indigenous communities is why i'm bringing this question here.

the community has asked for the symbology of a turtle and a snake to be expressed within the design. I am hoping to find a little more design inspiration... I haven't been able to find anything other than some beautiful drawings of turtles and drawings of snakes but not both. I would love to dive deeper into this prompt, and was wondering if anyone had suggestions, or experience with following design process in this way.
thanks
Scott Foster
pollinator
Posts: 888
Location: 6a
265
I like...

posted 1 year ago
I'm not a pro but if it were me doing it, the snake would be a big snaking hugel and the turtle would be a modified keyhole garden.   You could make it so you can actually walk into the turtle and put a meditation bench or rock in the middle.  Maybe use a chalk line to play with shapes and then build the beds and what plants, rocks etc., go where.  Following the plant requirements for placement.  I'd look at how the specific tribe depicts the snake and the turtle and emulate that somewhat.     Sounds like a fun project.  You could even do some rock painting.  Post some pics when you finish.  Good luck.


Check out the Nazca lines in Nazca Peru 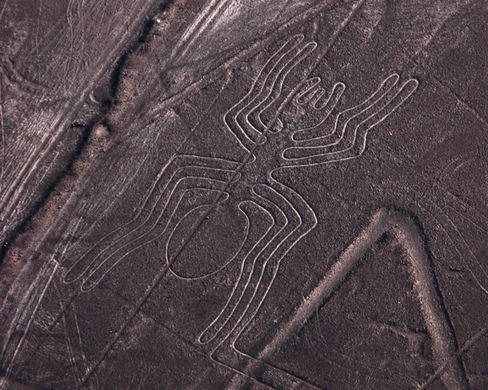 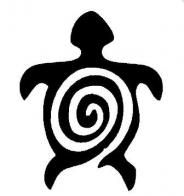 posted 1 year ago
Ok, last one.  It would be very cool to research the specific tribe and the archeology, if there is any, to come up with the design.  There are so many meanings behind totem.
370d1230bd35d6e2abed8de908842c41.jpg 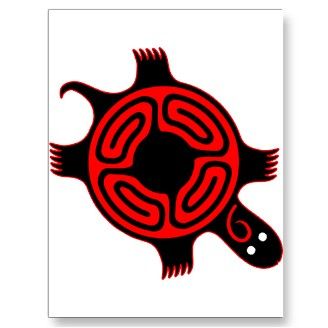 Jim Fry
Posts: 307
Location: Stone Garden Farm Richfield Twp., Ohio
24
posted 1 year ago
The first thing I believe that would be polite and respectful, would be to go to the Elders who carry that Nation's Ancient Traditional Wisdom. Ask if you may tell them about the suggestion of the project on the Res, explain what was asked of you, ask if they believe it would be a good thing to do, ask the meaning of Turtle and Snake to their Nation, ask permission to do the project, ask to work with them to design the project, and ask if you could help them do it. Then be quiet and listen. Then listen some more. You might learn something.

Secondly, to come to folks, who are not of that People, who know little or nothing of the Ancient Traditional Wisdom of that People, to help design something that may have next to nothing of real meaning to those People, to just go on the Land of those People and start digging something of white folks design, to call it "permaculture" instead of following their ways, etc., etc., etc., is a bit out of the ways of respect, understanding and certainly politeness.

Thirdly, if you are going to ask folks not of the Nation for input about that Nation's culture and traditions, you might want to first mention what Nation the people asking for help are from. There are enormous differences between the Traditions of Seminole, Iroquois, Blue Sky's, Hopi, Tlingit and so on. There is more differences , spread over a larger area, among Original People's of Turtle Island, that there are differences between Moroccans and Scandinavians and Greeks.

Finally, if you do ~do all that, and you would still like some suggestions, let me know if you wish. I have had Iroquois People come to me to help them design gardens for their land. It is a rather different thing than just "permaculture". I was taught the stories from their Traditions, that are needed to be reflected in the "design". And I was taught the actual way they established their gardens in "pre-boat people" times. Whether any of what I know would be of use in your circumstance would have to be seen. Seneca gardens are nothing like Lakota gardens. And while some of the stories are similar, many more are not.

Please think about doing this thing right. How it is done is far more important than the doing of it. They have had a long time of off-Res. people telling them how/what to do. In a possible garden of the kind you suggest, there is far more going on than just growing food, or digging mounds.

posted 1 year ago
thanks you guys for the genuine responses!

this is totally NOT a permaculture project, its a childrens recreation project that i'm being sub sub sub contracted for my specific area of expertise. I won't be travelling 3000 miles or whatever it is, on the budget i have to work with.

I am not designing any of the gardens or plant materials as it's not in my scope of work, unfortunately.

I will incorporate your suggestions and try to find our more from the project prime, a Landscape Arch firm based in canada. thanks guys.