posted 1 year ago
So I'm making a book!
I was pondering about making a children's book based on the principles of permaculture, but I didn't know where to start. Until an idea presented itself in form of a 10yo boy, who had a wish to get a colouring book for Christmas. His wish got published by a nearby farm, which invited him and a group of other kids from his care home, and published their wishes so people can help arrange the gifts. They said that the boy doesn't like school but he loves animals, so I decided to make a colouring book with farm animals that also teaches something about each of them.
I work with artist's books, which is a book made entirely (or almost) by the artist.

So I made 20 pen & ink drawings in 3 days (crazy!), scanned them to continue to work on them later, and bound them in a book. I'll leave the remaining pages empty, to encourage him to draw the next pictures himself. I will finish it by this Monday, but I need to develop this idea further, next year. I have big plans actually!

Here are some goals:
- to show people that farm animals are an important connection between us and nature; each has a purpose (more than one usually!) and many were domesticated long time ago, for very good reasons
- while I don't want to talk about death directly, I also don't want to hide that some of these animals are food eventually, and some of them eat meat. I like what Peter Handke said (the guy who just received a Nobel prize in literature): "don’t fall for the high drama of destiny".
- I will write a short story that will connect all these animals and plants, in which I want to show how plants can also have feelings and senses, although not like us and animals - but we can treat them nicely too.
- I also like the idea of "things that are not alive but which may be alive in a certain way" - it's a scientific article which I find very, very inspiring.
- I think that through plants and animals, the book can teach other stuff too; for example, where certain animals were first domesticated and why, or how the Native Americans invented the "three sisters" idea, etc.

Basically, I want to show all the fundamental ideas of permaculture but in a way that a 10yo can comprehend. Even a city kid who doesn't really come close to animals.
I will try to show the world from the perspective of each animal (or plant), to show that things which are good for them may be different from how we understand comfort or safety or interesting activity - e.g. pasture animals will feel okay in colder temperatures than we like, rabbits will feel safer in a hutch than somewhere where they can't hide, etc.
Or how animals can be trained to do very important jobs, e.g. rats trained to sniff out landmines in Africa, search & rescue dogs, etc.
The one copy I'm making right now is in Polish, but I will translate that final one to English and I'll try to get it recorded as an audiobook too.
I attached a photo of it - a work in progress still. The picture of a donkey says "Donkey is a brave guardian. Sometimes better than a dog", and the title says "Colouring book with animals".
I will start with handmade copies, but I'll try to find sponsors who could fund publishing it.
Do you know of other good books of this kind? What do you think of this? What other ideas would you have?
childrensbook.jpg

posted 1 year ago
Flora, I think this is an excellent idea; an important idea. So many people are estranged from nature and don't understand how it works. Animals, especially, aren't presented in a realistic way, but more like cartoon characters that are disconnected from their natural environments. Your ideas sound like they can help children get an idea of how nature really works.

Sounds like you are inspired! I wish you every success.

posted 1 year ago
Thank you!


Leigh Tate wrote:Your ideas sound like they can help children get an idea of how nature really works.

I illustrated someone else's children's books before, and I always made the animals realistic to avoid the "Bambi syndrome", which gives people a twisted idea of how nature really looks.

Flora Eerschay wrote: I illustrated someone else's children's books before, and I always made the animals realistic to avoid the "Bambi syndrome", which gives people a twisted idea of how nature really looks.


Flora, that's one of the things I like about your project. I really like your artwork. I think it strengthens the connection you mentioned between us and nature. Living closer to nature with livestock has really taught me that. Also your idea to show how everything has purpose, is important. It seems so many people have lost sight of that. Please keep us updated on your progress.

posted 1 year ago
Done and sent. It has a pop-up page with a boy, a duck and a cat sailing in a boat. The boy looks a bit like The Little Prince, but he's smiling (have you noticed that the original Little Prince is always sad? When I mentioned this to my mother, she said that it's because this is a sad story!).
I'm now thinking what plants should be added (all of them, of course!) and what animals are missing - the silkworms for sure (in fact I'm planning to try raising some myself, in the summer), and moles (they're my little helpers in the garden!), some other beneficial wildlife like toad, magpie.
And snails - the ugly ones and the edible! 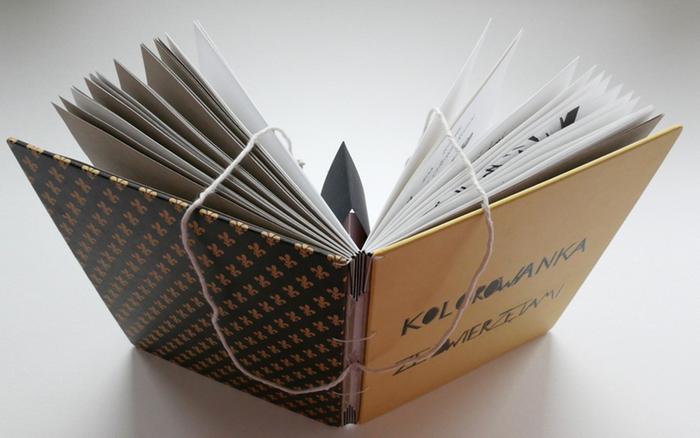 posted 1 year ago
That's good news! So many possibilities for this wonderful endeavor.