posted 3 years ago
I've been thinking about getting a new lens for my camera.  I found a listing on Used Anywhere today for exactly what I want at the price I want.

I don't know anything about assessing used photography equipment

The image for the listing is terrible 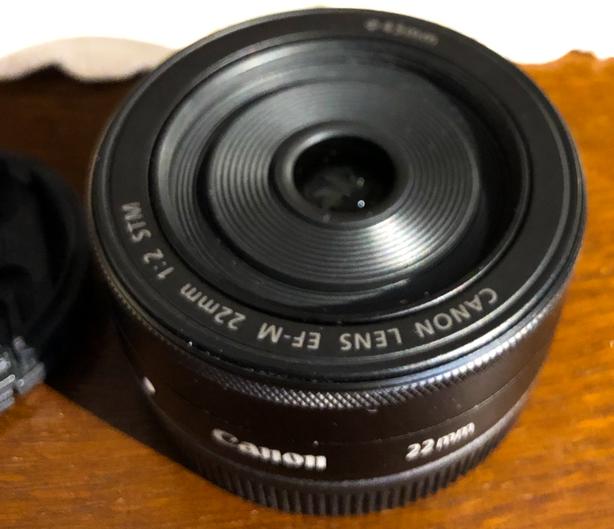 Among everything else, the image is out of focus.

But just about all used camera equipment for sale on the local classifieds have terrible images that are far worse than this.  And it makes me wonder if the person cannot take a moderately clear photo, does this mean that they don't know how to care for the equipment?   Is this equipment going to be just as terrible as the photograph?

Or maybe I'm missing something?

When I buy livestock, I spend very little time looking at the animal and a whole lot of time quizzing the farmer and looking at the setup they have.  Likewise, if I'm buying photography equipment, wouldn't it make sense to assess the photographic skills of the seller?

posted 3 years ago
Maybe they are selling it because photography wasn't something they are good at?
That lens looks good to me. No scratches on the glass (would like to see the backside before buying tho…)
Jennie Little
Posts: 300
Location: New England
108
I like...

posted 3 years ago
My husband used to be a pro photographer. I know next to nothing about photo equipment. That said, I know of two resources which he trusts to buy used gear phototrio has a classified section, and many of the folks there were or are pros. You won’t find a very rare piece without the appropriate price tag, but people who sell dishonestly seem to be quickly shown the door. The forum is free to join, but there are levels, like here.

The other is phsne which is the photographical historical society of New England. They host a sale once a year where dealers come and collectors, pros and students come too.

posted 3 years ago
I think it okay to buy used lenses, but it is never okay to buy used digital cameras. It has something to do with how they pick up light, over time that sensitive electronic part degrades.

My only experience with this is, having a digital camera and doing a Maternity Photo Shoot of Katie and our last child. We were walking along a granite breakwater returning from the lighthouse when I stepped into a hole between the granite blocks. I fell completely to my waist and hit the camera hard on the rocks. Nothing was broken so I continued to use it. We noticed afterwards the images were mostly good, but a spot on the lower portion was always fuzzy. The camera lens was clean, it had something to do with that sensor being jostled and messed up. We could tell because the pictures taken prior to my misplaced step were fine, and clear, but afterwards the lower spot was kind of cloudy.

It was kind of too bad because a couple only has so many children in a lifetime, so a crappy maternity photoshoot was kind of a bummer.

I guess my suggestion would be to carefully calculate out the purchase. If you cannot afford to buy new, then would it be better to have this used lens, and all the new types of photos that you can take with it, even if there is a little risk it might not be a unusable lens. IN other words, what could you do with that lens that you cannot do now without it? Or would you be better to just stick with what you have and go without? Or would it just be best to save up for a brand new lens?

I would not be too concerned about a crappy photograph of it. Even the best photographer has crappy photos from time to time. And we all can get lazy..."oh that picture of my lens did not come out good...oh well, it is good enough to sell it." Of course it just might be, the person does not have an eye for photography! Some people just do not. It is an art. But one thing is in your favor...the photo was not taken with THAT lens, so that account for something! (LOL)

(This is a maternity photo shoot showing how that camera was damaged by my misstep on the breakwater. In the first photo you can see the holes in-between the rocks were I fell through, and on the second one, you can see where Katie's shoes are kind of cloudy. That is not a smudge on the lens, that is from damage of hitting the camera on the rocks.)