EReaders or Tablets? on Homeschooling

Requesting for your feedback. I am a homeschool, single and work-from-home mom and my daughter is requesting for an E-Reader, since she loves reading.  According to this link, https://thewiredshopper.com/e-readers-vs-tablets/?fbclid=IwAR2gAE2cU3h5ecaA6IjXQnLY9Q5ix0mOOJZ355FBBHCPO5SBniJ_pi5E9sk, you can also read ebooks through a tablet, which I wasn't aware, but according here it appears like it's a norm that people read through tablets.

I like the idea and I like to get her a tablet instead since she can use it to for her homeschooling. Currently she's using my laptop. I just work after she's finished with it.  So it's like double whammy, she gets a laptop alternative and E-reader in one buy. What I like best is it's cheaper than a laptop too.

But my main concerns are, wouldn't tablets strain my daughter's eyes? At the same time, I was thinking, she might also get distracted that instead of reading her usual adventure stories, she now goes to social media? I know you can limit or guard the websites your children are looking at? Does that work for tablets too?

I'm sorry for having too many questions, but your thoughts are appreciated

posted 1 month ago
I don't know a lot about the options, but I was gifted a paperwhite kindle and I really like it.  It's very easy on the eyes and doesn't have issues with glare.

Mitch Putz wrote:...But my main concerns are, wouldn't tablets strain my daughter's eyes? At the same time, I was thinking, she might also get distracted that instead of reading her usual adventure stories, she now goes to social media?

Based on my limited experience, these can both be easy fixes. I use android. I have it on my phone and on a 7" tablet. There are a bunch of options re: where to get your ebooks and how to read them. I'll use the kindle app as an example, since that's probably the most common.

I never get eyestrain from it, unless I'm so tired it hurts to have my eyes open at all. You have several color options. Default is black text on white background. I use white text on black background. It feels easier on my eyes, saves battery, (if you have an OLED screen) and produces less "light pollution" if you're sharing a dark space. There's also black text on a kinda sepia background. It's made to resemble old paper.

There are also a bunch of choices of font size. I'll attach screenshots below of the largest and smallest fonts, as well as the font size I actually use. Notice the screenshots are from my phone. Your tablet would fit more text on the screen.

As for the social media distraction: the most straight-forward fix would be to get a tablet that uses wifi, but not mobile data. During school time, shut off the wifi or change it's password. There are software solutions to control access, but I can't advise, as I haven't used them.
Screenshot_20191227-091841.png 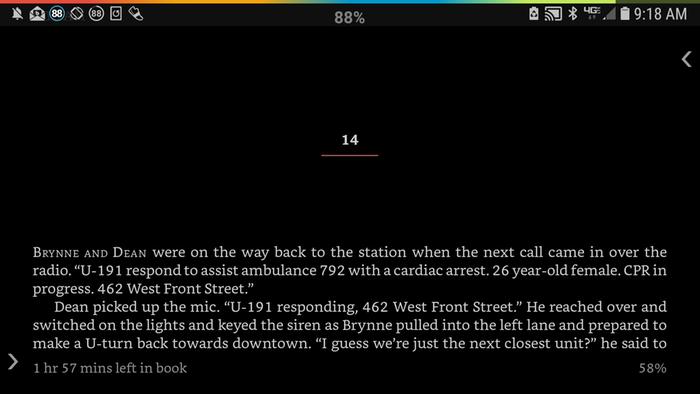 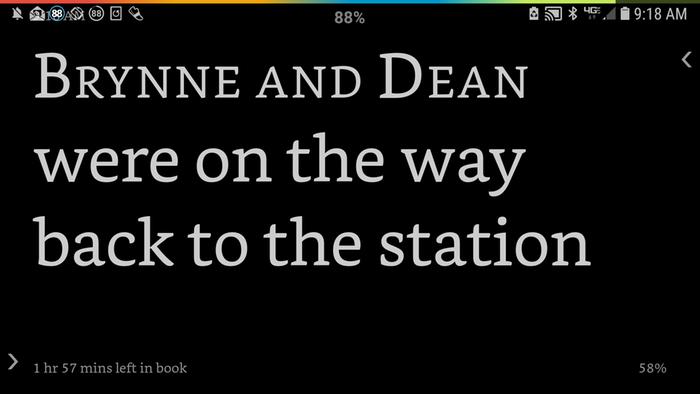 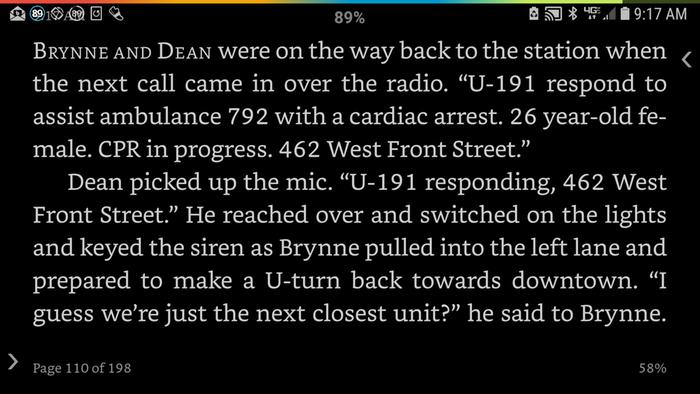 We also homeschool my daughter and we use a tablet for a couple things. There are a few apps she’s allowed to “play” (engineering, programming) and she consumes many hours of audiobooks, and we let her watch a couple selected shows or movies once in a while. By being selective with the apps we allow - and controlling her access through teaching, I think she has a good relationship with technology.

We haven’t introduced “browsing” or social media, and we don’t have any issues. She also likes to take pictures and make videos with the tablet too, and as long as she’s not had too much screen time, we allow that as well.

posted 1 month ago
I find reading difficult on a tablet.

I have a Kindle paperwhite which I love.  I can read for hours at a time and I only have to charge it once every two months.