Trying to grow Oyster Mushrooms, but as ecologically as possible

Mike Lafay
Posts: 76
12
posted 1 year ago
Hello, I've been growing oyster mushrooms for a while now. It's awesome as not only you get to recycle what would be a waste (if you don't have a compost heap, or of there's already too much nitrogen in it), you also create food, AND soil.

But right now, I am also creating another waste: the plastic bags that come with the DIY kit. There's the one with the mycelium, but most importantly, the one with the tiny holes where you put the substrate in.

I tried to grow the substrate in some plastic containers drilled with a few holes, so that at least it could be reused several hundred if not thousands of times before needing to be thrown away, but each time it seems that mold grew there instead, despite trying my best to reproduce the steps of the DIY kit: Mix some cardboard and coffee ground with some water, microwave it for 5 minutes, then when it's cooled down add the mycelium, mix, and then put in the box for two weeks so that it incubate.

For the DIY kit, this seem to almost always work properly (AKA I get a fully colonized substrate ready to fruit), but when I put that same substrate in those plastic containers, it end up moldy. There's only big holes for when the mycelium would fruit, not al the tiny pores that would allow for oxygen exchange; but I saw people on youtube doing this in buckets, so without the pores, yet it seemed to do wonder for them. What could I be doing wrong ?

What are the most ecologically friendly ways of growing them that you are using ?
Eric Hanson
gardener

Could you grow oysters in a bucket with holes drilled in full of wood chips?

Mike Lafay
Posts: 76
12
posted 1 year ago
I tried growing my substrate into food containers where I had drilled holes in them, however the three time I did it, every time green mold grew there, so I'm not sure about using a bucked instead, as long as I don't have some form of guarantee that I won't be growing mold. I think that I should put much more mycelium in those boxes, so that the green mold get out-competed fast.

Right now I'm going to experiment a little more with this. I've found a website that sell autoclavable bags, that should reduce waste. I've had an idea, using those bags as incubator for the spawn to colonize the substrate, and then put the blocks directly in wooden box with holes drilled in them, having maybe a variety of woods, some like poplar that can and will be eaten easily by the oyster mushroom, and other box made from more robust wood. Though so far it's going to be difficult to make those box since everything is closed.
hans muster
pollinator
Posts: 248
57
posted 1 year ago
Reusable not always saves plastic. Usually it does, but not always.
Even if your buckets work, I would weigh one bucket, and weigh a plastic bag which contains the same amount of substrate.

Then you calculate how many times you should reutilize your bucket to use the same amount of plastic, and if you could realistically reuse the buckets that many times. Mushrooms can be quite aggressive towards plastic.

(this does not apply if you upcycle thrown out plastic buckets, of course)
Susan Wakeman
pollinator
Posts: 187
Location: Lake Geneva, Switzerland, Europe
33
posted 1 year ago
Reusing food containers that are non recyclable might be as new option.
These grew on tea bags and coffee grounds. I managed to make my own spawn with shredded mushroom on cardboard, multiplied on fresh wood chips.
Did you try putting the holey bucket inside an unprecedented one during colonisation?
IMG-20200425-WA0004.jpeg 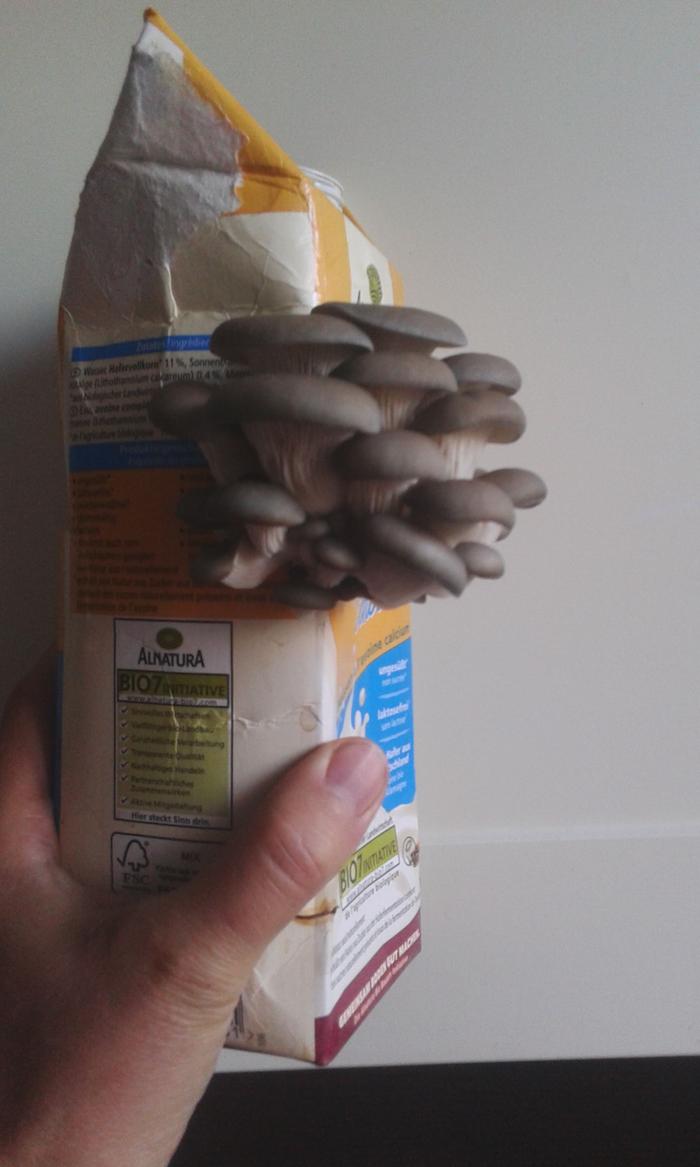