I'm hoping to benefit from the experience of more accomplished growers to help me ID what's ailing my apple trees here. In late January, I bench grafted 10 scions onto M-111 rootstock (my first attempt to do so-- it was fun-- some whip-and-tongue and some omega graft so I could compare). I've been pleased to see what's looking to be an 80% success rate so far.

But this guy isn't looking too good-- it's a Honey Crisp. At first it was the leaves I had left growing on the rootstock-- they turned black at the margins and eventually withered up and died. The same happened next to the next highest set of leaves, the lowest on the scion. I pruned them all off before I thought to take a picture. It's now spread up to the leaves here, which are coming out of the terminal bud. In a matter of days, I expect them all to die too, curling inward and blackening.

I fear fire blight; this first showed up after a couple days of good heavy rains, which followed closely after my application of some compost tea. Nothing else in the growing conditions changed leading up to the issue. But the damage doesn't look exactly identical to what other pictures I've seen of fire blight, and I haven't noticed any kind of "oozing" from buds.

I've moved it away from the other 9 I have potted up, and so far (about 3-4 days since noticing the issue) none of the others are showing any similar symptoms.

Anyway, I hope this is enough context. Does anyone recognize the issue, and can you help me diagnose it? 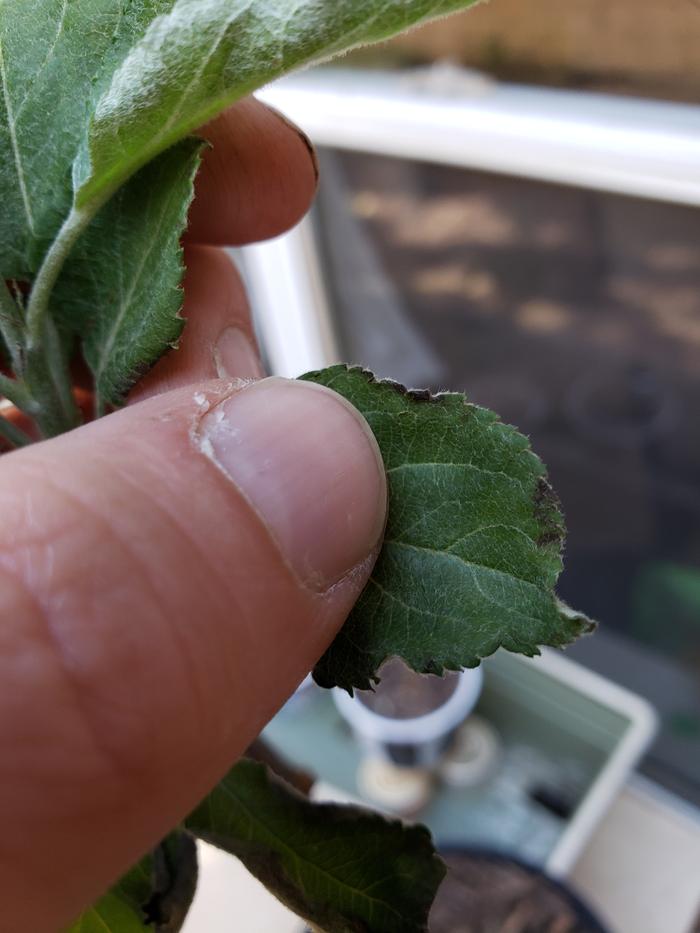 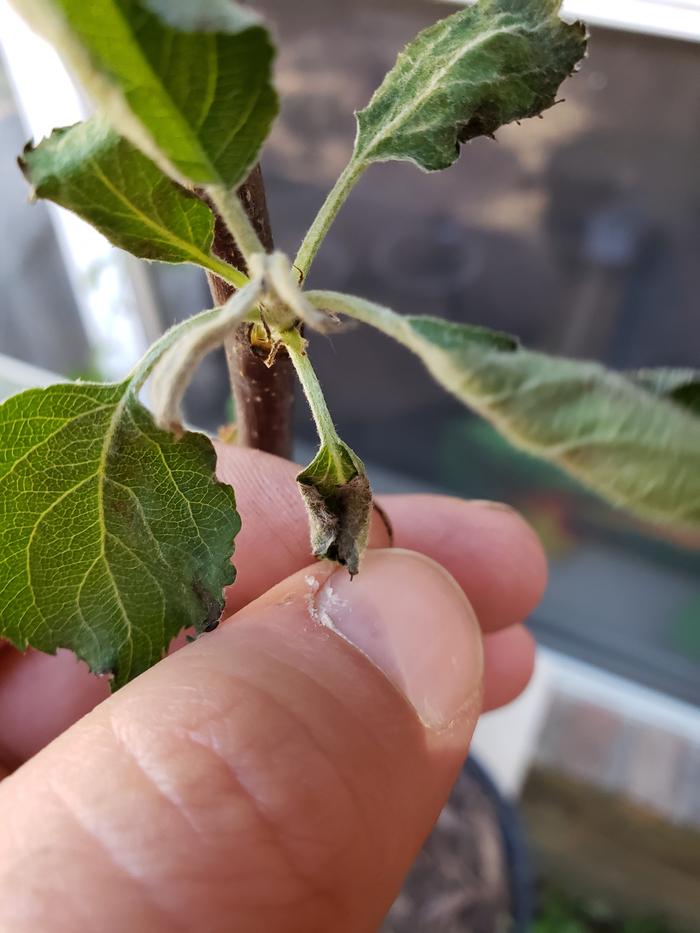 Arkady Schneider
Posts: 27
Location: West Virginia
10
posted 6 months ago
Since those pictures were taken two days ago, here's how things are looking now. Less blackening than I saw on the leaves further down the tree, but pronounced inward curling. It's still getting suitable sunlight where it is. I'm thinking the tree's a goner, but I'm still eager to hear any diagnoses proposed. Thanks folks!
20200501_065541.jpg 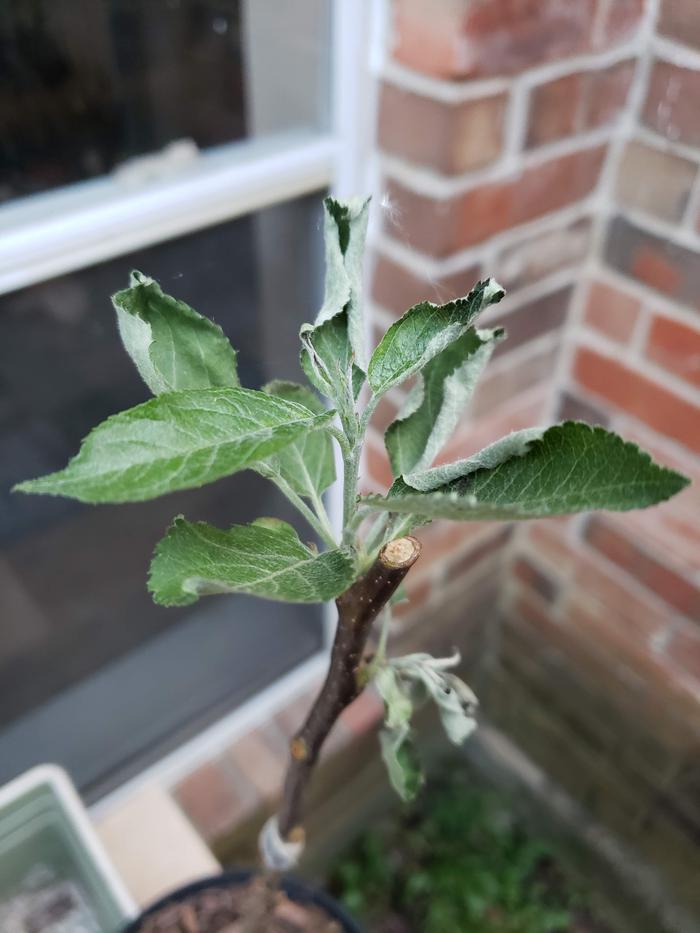