Brittney Tolas
Posts: 3
posted 4 months ago
I got one week old Barred Rock Pullets and one cornish hen on Sunday. I wanted one polish girl for my flock and got her at one week old (pic of my polish girl Antonina attached) on Tuesday. She's eating, drinking and no pasty butt. But she sure sleeps a lot more than the other chickies. I was nervous since she was new and we didnt get her at the same time as the others she wouldn't fit in, but my Barred girls are being extremely friendly and she follows around my hen. This is my first time raising chickens and I'm just concerned with how much she sleeps! Especially when all of the others chicks are up and running around. Am I over thinking it?
20200624_203751.jpg 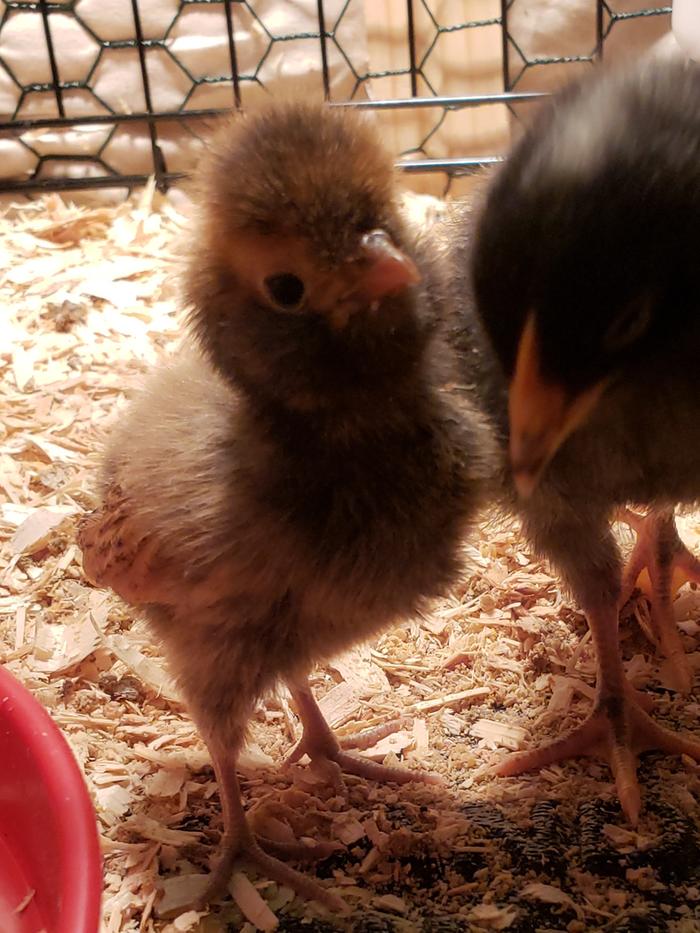 Huxley Harter wrote:Does it seem like she sleeps a lot, of just a lot compared to the others. It looks like the others are bigger. Do they pick on her? Is she growing or just sort of not doing anything?

She sleeps more compared to the rest. Shes a week younger than the others. But no, they don't pick on her at all. Surprisingly, she's pretty fond of the largest bird we have. They all sleep with one another etc. They dont peck at her or anything either. She seems like she eats and drinks normally. She hasn't gotten much bigger, but shes gained a few more feathers. I just thought she sleeps a lot because shes a younger babe.
Huxley Harter
pollinator
Posts: 360
Location: Monticello Florida zone 8a
108
I like...

posted 3 months ago
Does she move slowly when she eats and walks? Constipated?
John F Dean
gardener

posted 3 months ago
How is the chick doing now?

She is doing very well! She has grown a little bit and has gotten more feathers on her wings and feet! We gave her some scrambled yolks and electrolytes last week and she is much spunkier.