posted 2 months ago
Hi all;
After a recommendation from a friend we decided to purchase a portable swamp cooler.
A Hessaire model# MC18M 1300 cfm  they claim its good for 500 sq ft  cost delivered was $159.

We have owned a window a/c unit for years... used part of one year , never put it back in.
It sucked up power , it only cooled one room and it blocked light and fresh air having it in the window.
We needed to run the generator to avoid draining the battery's.
It has spent the last ??? fifteen years collecting dust in the barn. Its still there.

We just received the new cooler yesterday.  I read all the reviews of it beforehand.  They all said it was plastic , not very durable looking.
A few complained about it but most thought it was well worth the money. More than a few were buying another as they liked it so much.
The fan on low is reasonably quiet and on high it seemed acceptable.
It has a float and can be connected to a garden hose for outside use or it has a spot to fill from a pitcher.  Ice cubes can be put thru the fill door.
I will say the fill door itself kind of sucks. Pour too fast and your wiping up the spill. We are going to buy a funnel to keep from back splashing the floor while filling.

We only used it for 5-6 hrs with the fan on low.  It worked GREAT!   Yes, the summer humidity in late afternoon is 25% or so...
It received the Kitty's approval.  Sitting on the floor, it puts that cool air rite there in their faces!  They were lined up sitting there (should have taken a photo) later they would stretch out and roll around... yup definite Kitty stamp of approval!

It received our stamp of approval as well.
If you live where there is low humidity and your off grid. This is a good buy! 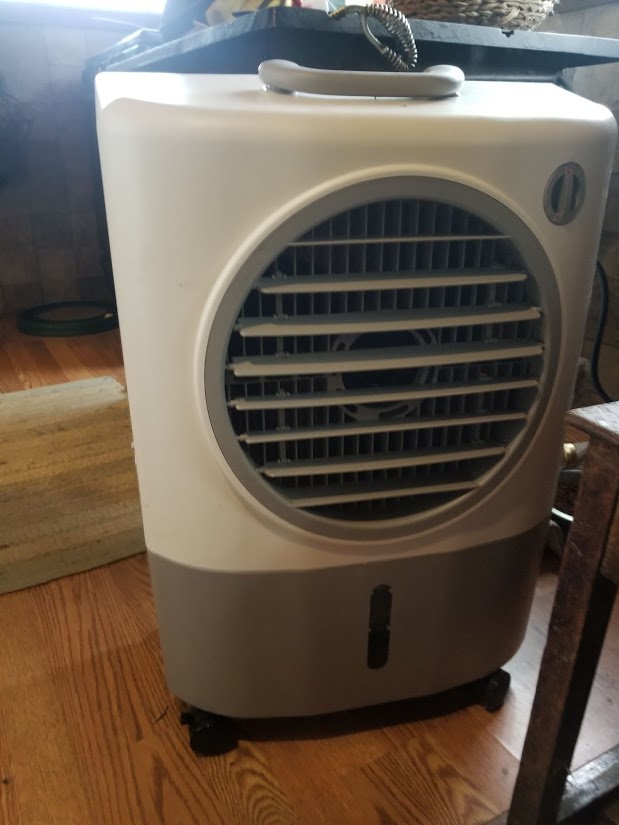 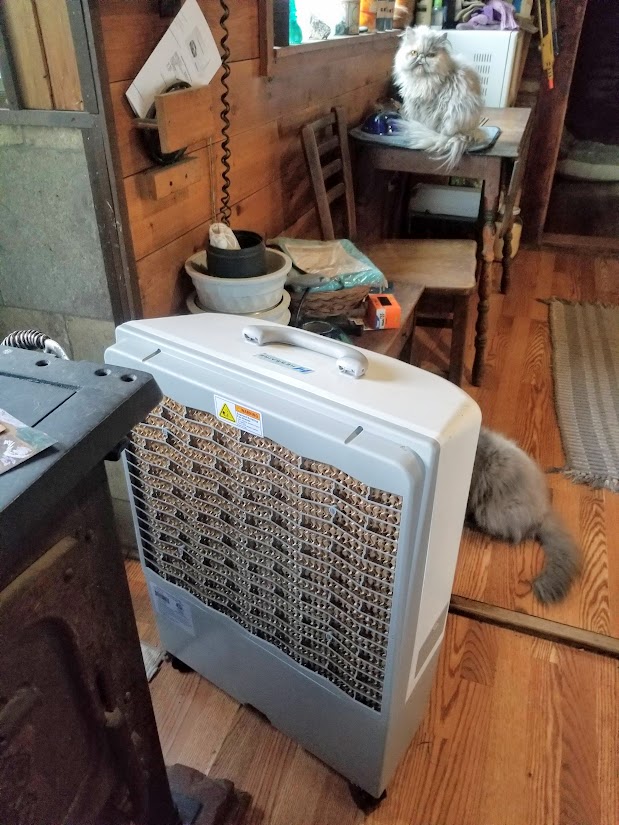 posted 2 months ago
Yes! We got one of these this year, too. I had an old honeywell swamp cooler that was my mother's and it worked...okay. We got this and plugged it in and the first thing I said after it was running for about an hour was "this thing is a BEAST."
We love it.
I like what you said about using it in low humidity areas - that seems to be the trick. We positioned it in front of an open window and opened windows on the other side of the room and it creates this draft effect.
Our house is 1700 sf and our great room (kitchen, dining, living) is about 800 sq with 12 foot ceilings. This thing cools the great room really well. I can feel it in the kitchen, sitting at the dinner table and at the couch.
Best thing we have bought in the last 6 months, hands down.
S Bengi
pollinator
Posts: 3113
Location: Massachusetts, Zone:6/7, AHS:4, Rainfall:48in even Soil:SandyLoam pH6 Flat
313
I like...