posted 6 months ago
I was interested in using biochar due to my excessively draining soil. My timber-company neighbours just made a bunch of burn piles. Does it make sense to collect the char (excluding the ash) to make my own biochar?
142E305C-C645-4213-AE8B-C1C89FBF450D.jpeg 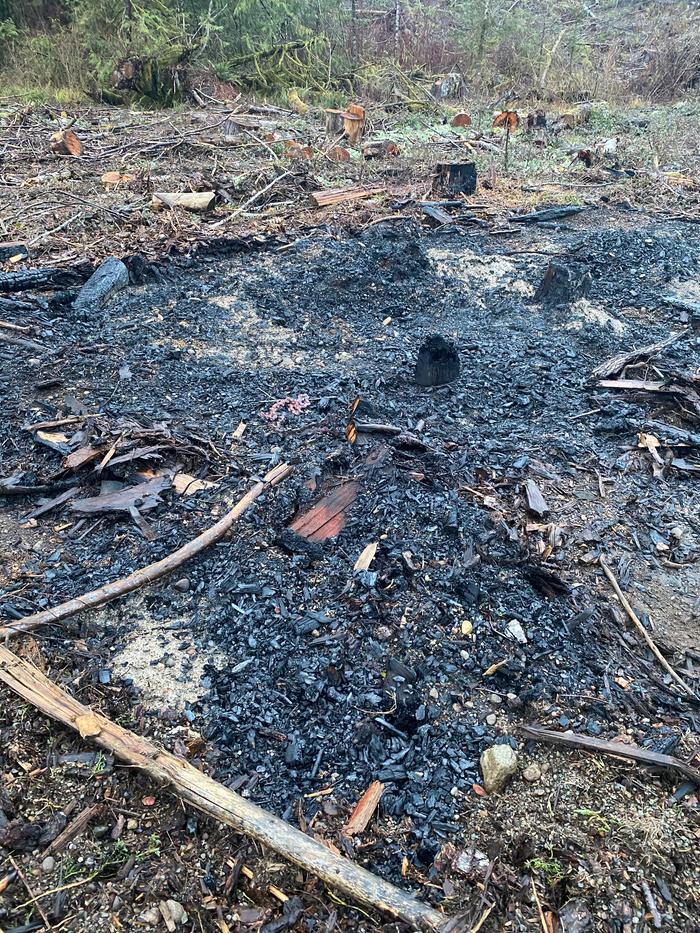 Douglas Alpenstock
pollinator
Posts: 1520
Location: Canadian Prairies - Zone 3b
392
posted 6 months ago
Yes, absolutely! Someone has done a ton of work for you. Why not turn waste material into something useful?

The one caveat, if you are super purity conscious, is that a little chainsaw gas/oil mix was almost certainly used to get the fire going. Doesn't worry me; others may disagree.

posted 6 months ago
What a relief. Thank you.

I guess phase two of my world domination plan will be adding the char to wet buckets of chicken poop to charge it. That’s what I vaguely remember the general idea is.

posted 6 months ago
Why would you deliberately avoid getting the ash?

I was under the impression wood ash is good for soil, and even (when on the surface) reduces some harmful tree-harming insects.

Is there some reason why wood ash is harmful to making biochar?
Douglas Alpenstock
pollinator
Posts: 1520
Location: Canadian Prairies - Zone 3b
392
posted 6 months ago
If your soil has low pH, wood ash is great to help raise it. If your soil pH is high, you have to be a bit careful. Wood ash does contain basic chemical nutrients plants can use.

I don't think a little wood ash would have any significant effect on the biochar.
Mathew Trotter
pioneer
Posts: 418
Location: Oregon 8b
109
I like...

posted 6 months ago
The landowner had the property logged before I started working on it. I've added quite a few loads of char from the slash piles to my compost. At some point I need to bring up a few more loads.

Sad to see it logged, but I'm definitely going to take advantage of whatever was left behind.

posted 6 months ago
-Why would I avoid using wood ash?-

I feel like such a bone head. I thought the wood ash would acidify my already very acidic soil. Thanks, guys. I would greatly benefit from the liming effect. 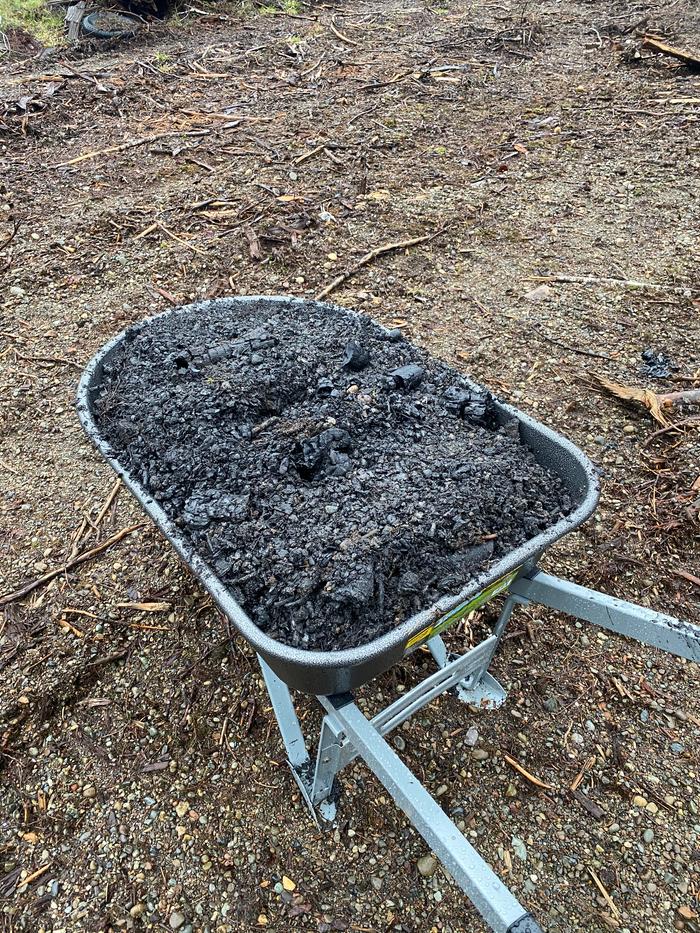 posted 6 months ago
There was a guy named Michigan gardener who advocated using charcoal for barbeques on You Tube.  He mentioned that it would go away after 3 years and you'd have to put in more.  I think the problem with this stuff is that it isn't burned to the point that it becomes char. It still has volatile oils, burnable wood,  and natural plant products in it, so it is partway in between being wood and char.  One strategy you could use would be to burn it intentionally to try to make char, which wouldn't take as long as one would if he were starting with regular wood.


I burn my wood until the flame dies down to just above the height of the char.  Then I know it is ready to be doused with water, to stop it at char and prevent it from becoming ash.  Before I do that, I normally try to chop it until the pieces are roughly similar. If I don't do that, the big wood pieces are still burning when the others are done. Then I crush and inoculate it with nutrition.  There are usually a few larger pieces that get reburned in the next char.

Another alternative could be to just keep replenishing it every 3 years like the Michigan gardener guy.

I also live in the PNWet and we do have acidic soils. That's one reason I was motivated to make biochar and try it out.

John Suavecito wrote:I burn my wood until the flame dies down to just above the height of the char.

Just so I understand correctly, burn the wood until the fire stops being above the height of the burning wood?
John Suavecito
gardener

posted 6 months ago
I usually drench it when the flames are just 3-4 inches above the char. I find that to be the best timing.   I have tested it empirically, and that way I don't get a lot of pieces of unburned wood, which happens when I drench it when the flames are too high and active.  I also don't get a lot of ash, which happens if I burn it too long.   I get very light, jet-black metallic, musical sounding char.  Then I crush it and give it nutrition, and it becomes biochar, ready for the garden.
John S
PDX OR

John Suavecito wrote:Then I crush it and give it nutrition,

Just urine, or something else?

posted 6 months ago
People use different supplements.  I usually give it worm compost, regular compost, rotten wood mycelium, whole wheat flour, rotten fruit, and crushed oyster shells.  Then I soak it in urine. Some people add seaweed, compost tea, or any other nutritious organic material.  Some people will put it in the compost pile and leave it for awhile.