Exploring Camphor, international herb of mystery, medicine... and a bit of danger 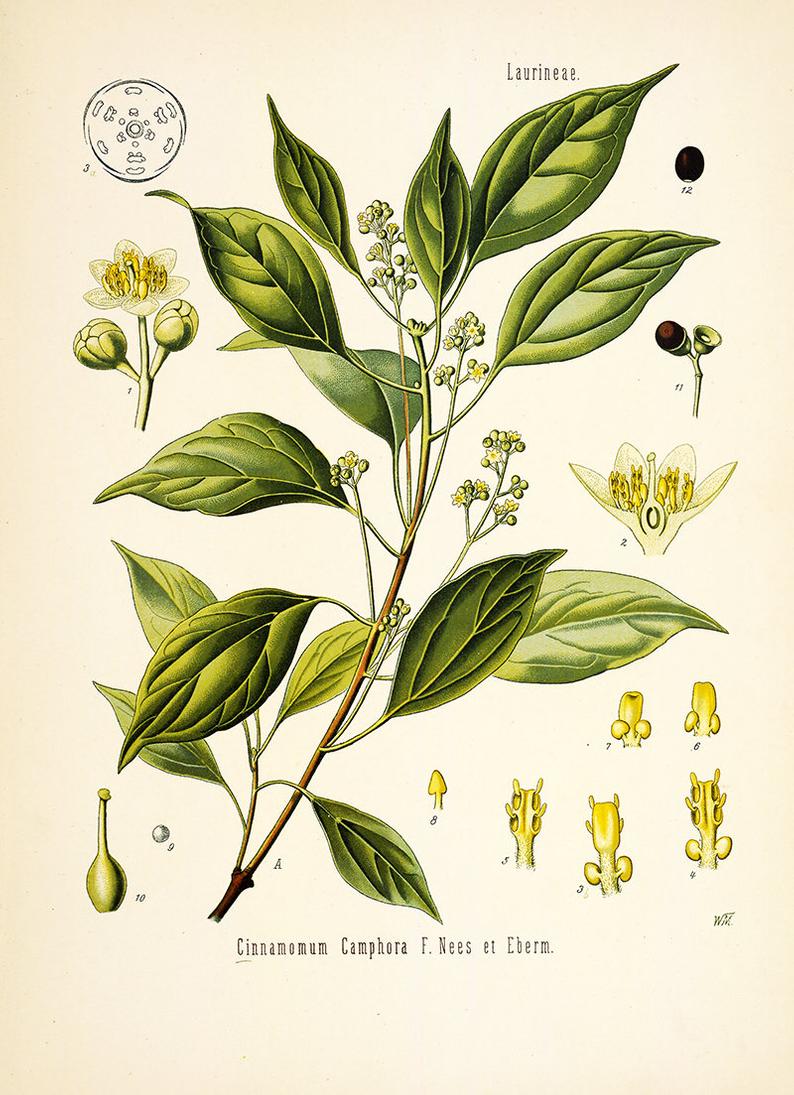 While researching the individual herbs that comprise the Great (or Large) Swedish Bitters formula of 22-25 herbs, I occasionally run across a real head scratcher.  Such is the case with today's entry, Camphor (Cinnamomum camphora).... especially since every herbal reference I can find warns against its potential toxicity.  I knew Camphor as an ingredient in salves and balms for sore muscles and joints.  I knew it as an aromatic to open the sinuses can help with congestion.  I knew Camphor as a deterrent to moths and rodents in old wardrobes and chests.  I knew nothing of Camphor for internal use.


The first source I went to was not encouraging in terms of toxicity, but definitely pointed toward significant medicinal use.  From Plants For A Future:


Camphor has a long history of herbal use in the Orient with a wide range of uses. It has occasionally been used internally in the treatment of hysteria, but in modern day herbalism it is mainly used as the essential oil and internal use is not advised. The wood and leaves are analgesic, antispasmodic, odontalgic, rubefacient, stimulant. An infusion is used as an inhalant in the treatment of colds and diseases of the lungs. The plant is more commonly used in the form of the essential oil which can be obtained by distillation of the chipped branches, trunk and wood of the tree, or from the leaves and twigs. Wood 24 - 40 years old is normally used. The essential oil is anthelmintic, antirheumatic, antispasmodic, cardiotonic, carminative, diaphoretic, sedative and tonic. It is used externally in liniments for treating joint and muscle pains, balms for chilblains, chapped lips, cold sores, skin diseases etc and as an inhalant for bronchial congestion. Some caution is advised, excessive use causes vomiting, palpitations, convulsions and death. It is possible that the oil can be absorbed through the skin, causing systemic poisoning. The essential oil is used in aromatherapy. Its keyword is "Piercing". It is used in the treatment of digestive complaints and depression.  naturalmedicinalherbs.net/herbs/c/cinnamomum-camphora=camphor.php


Rodale’s Illustrated Encyclopedia of Herbs lists Camphor as only, “Camphor, a yellow oil, permeates the tree.  Abroad, Camphor as an antiseptic and anthelmintic.  Here, it is mainly used in lotions to relieve pain and itching.”


Mrs. Grieves, in A Modern Herbal, gives more information about both the traditional medicinal use of Camphor and points us toward its origin:


A Camphor oil exudes in the process of extracting Camphor, which is valued by the Chinese, used for medicinal purposes... it is highly prized by the Chinese, who use it for embalming purposes and to scent soap. The Chinese attribute many virtues to it. It is mentioned by Marco Polo in the thirteenth century and Camoens in 1571, who called it the 'balsam of disease.'

Medicinal Action and Uses---Camphor has a strong, penetrating, fragrant odour, a bitter, pungent taste, and is slightly cold to the touch like menthol leaves; locally it is an irritant, numbs the peripheral sensory nerves, and is slightly antiseptic; it is not readily absorbed by the mucous membrane, but is easily absorbed by the subcutaneous tissue- it combines in the body with glucuronic acid, and in this condition is voided by the urine. Experiments on frogs show a depressant action to the spinal column, no motor disturbance, but a slow increasing paralysis; in mankind it causes convulsions, from the effect it has on the motor tract of the brain; it stimulates the intellectual centres and prevents narcotic drugs taking effect, but in cases of nervous excitement it has a soothing and quieting result. Authorities vary as to its effect on blood pressure; some think it raises it, others take an opposite view; but it has been proved valuable as an excitant in cases of heart failure, whether due to diseases or as a result of infectious fevers, such as typhoid and pneumonia, not only in the latter case as a stimulant to circulation, but as preventing the growth of pneumococci. Camphor is used in medicine internally for its calming influence in hysteria, nervousness and neuralgia, and for serious diarrhoea, and externally as a counter-irritant in rheumatisms, sprains bronchitis, and in inflammatory conditions, and sometimes in conjunction with menthol and phenol for heart failure; it is often given hypodermically, 3 to 5 grains dissolved in 20 to 30 minims of sterile Olive oil - the effect will last about two hours. In nervous diseases it may be given in substance or in capsules or in spirit; dose 2 to 5 grains. Its great value is in colds, chills, and in all inflammatory complaints; it relieves irritation of the sexual organs.


Camphor, then came into use by European Herbalists, from Traditional Chinese Medicine…. Probably via the Arab spice and herb trade as there is mention of Camphor featuring in an Arab perfume.  Known as Zhang Nao in TCM, the properties of Camphor are listed on TCMID, the

For coma of sthenic type, especially those due to affection of filthy and turbid substance. External use for scabies, tinea, skin infection, prurigo, trauma, toothache; oral use for vomiting and diarrhea of cold-dampness type, chest pain, abdominal pain of stomach-cold origin, dyspepsia with abdominal distending pain.

1. Local application to the skin exerts a mild local anesthetic effect. 2. Oral use in small amount produces a feeling of warmth and comfort in the stomach, while in large dose causes irritating and leads to nausea and vomiting. 3. Stimulating the central nervous system, and also non-selectively the respiration. Large dose may cause convulsion.


A more comprehensive description is offered by Chinese Herbal Medicine, A database of Chinese herbs and formulas created by Peter Borten, Doctor of Acupuncture and Oriental Medicine

• Used topically as a powder or paste.

Internal Actions: Opens the orifices of the heart; expels turbidity.

• When taken orally, it irritates the gastric mucosa. In small doses, this causes a comfortably warm feeling. In large doses it causes nausea and vomiting.

• Oral doses of 0.5-1g can cause dizziness, headache, a feeling of warmth and restlessness. Over 2g leads to transient tranquilization followed by stimulation of the cerebral cortex with tonic-clonic spasms. Respiratory arrest can occur. 7-15g is fatal.

• This herb is poisonous in excess: aggravates Pitta and Vata

• Applied to the eyes (in small amounts): initially burning, but promotes tears and cools and clears the eyes.

• Nasally: for congestion, headache, and to awaken perception.

• Burn as incense during devotional worship to purify the atmosphere and promote meditation.

• Use ONLY genuine, raw camphor internally.


SD: Camphor oil is obtained from a tree (Cinnamomum camphora), and like cardamom, the essential oil of the tree contains a large number of terpenoids (mostly, the same ones as in cardamon, but in different proportions). Camphor was collected at least as early as the 9th Century. In 1676, the trees were brought to Europe for cultivation. In the following century, it was also introduced to several other countries, including the U.S. Prior to World War II, the world use of camphor was about 5,000 tons per year; 80% of this came from Taiwan (the Taiwan camphor tree yields 44% camphor from its leaves, a particularly high level). During the U.S. Civil War, the demand for camphor (used primarily as a medicinal) was so high that the U.S. contracted for the entire Taiwan supply. It was even proposed that an effort be made to purchase Taiwan (then called Formosa) in order to monopolize the camphor trade. It is perhaps for this reason that Japan acquired Formosa in 1895.


Camphor oil was a popular medicinal in the U.S. until about twenty years ago when several instances occurred in which children were fed camphor oil by parents who failed to distinguish it from castor oil. The pure camphor oil is toxic in the doses for which castor oil is used. Also, the U.S. Food and Drug Administration worried that topically applied camphor oil would penetrate the skin in sufficient amounts that it could cause trouble for persons with cardiac disorders who were taking various medications. As a result, it is no longer possible to purchase camphor oil for household use in the U.S.


Like borneol, camphor has been used as an antiseptic, antispasmodic, carminative, cardiac stimulant, respiratory aid, and anthelmintic. It is often used in treating congestive problems such as bronchitis and emphysema. Camphor is also used in preparation of foods, being an ingredient of vanilla and peppermint flavors, and incorporated into formulations of soft drinks, baked goods, and condiments. In modern Chinese medicine, camphor is most often reserved for external application, while borneol is used both internally and externally. Synthetic camphor, often made from by chemically modifying pine tree resins (turpentine), is now widely used as a substitute for the natural product. 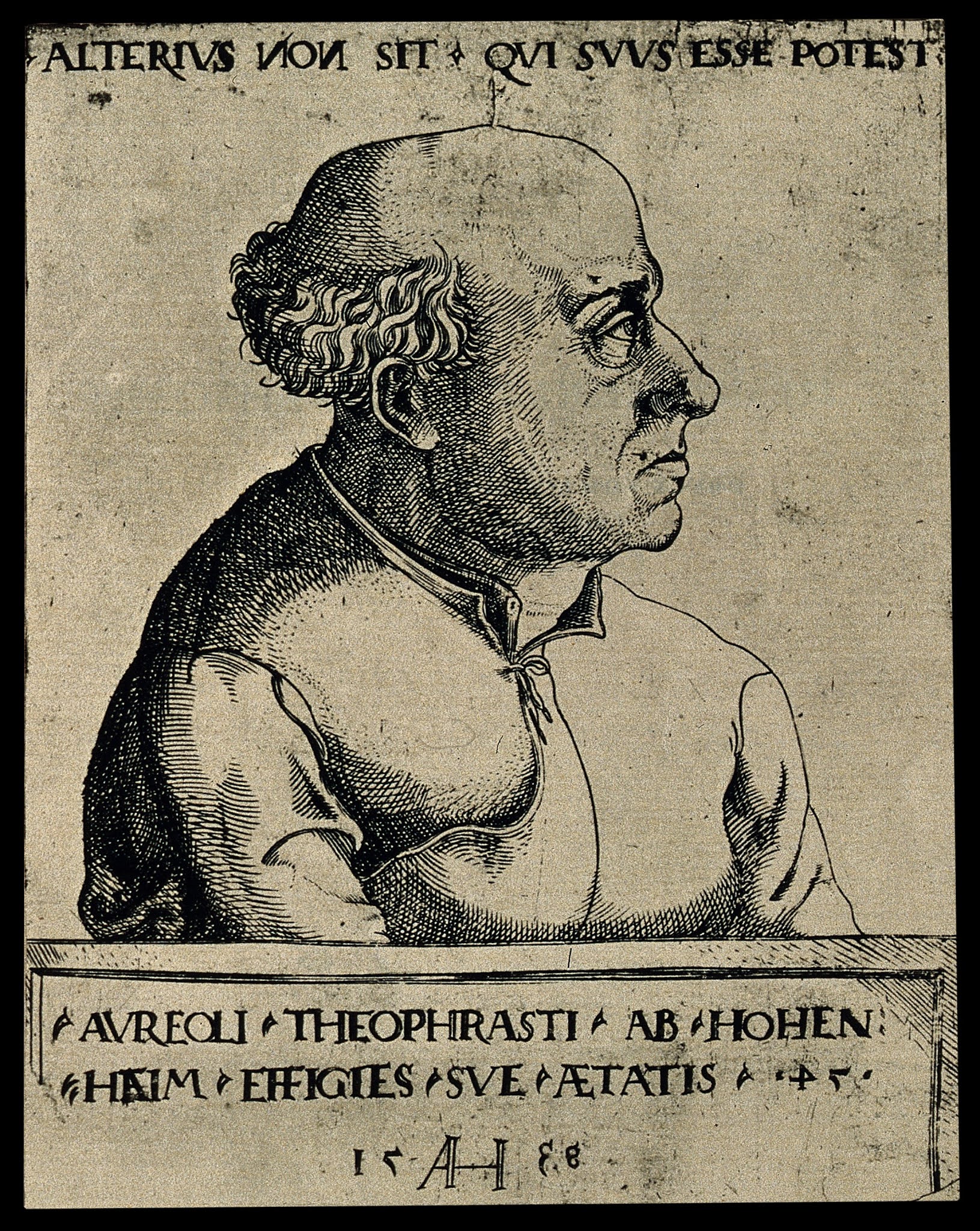 So, now we know the story of Camphor and its use… but, how did such an exotic herb that is often contraindicated for internal use make its way into Swedish Bitters?  I’m afraid that may remain a mystery because we still don’t know for sure who invented the formula.  Was is it “Paracelsus”, Philippus Aureolus Theophrastus Bombastus von Hohenheim, the physician, chemist, alchemist, rebellious, philosopher genius of the early 1500s, as many suspect?  Perhaps.  Paracelsus introduced many potentially toxic substances into the accepted medical use, one of his mottos being, “The dose makes the poison.”


In the end, Camphor is an important herb to be used with caution.  It is certainly a major component of the Swedish Bitters, both in flavor profile and in its effect of opening the lungs and sinuses.  A bit of mystery keeps things interesting!

posted 2 weeks ago
I thought, hey what an interesting tree to grow, but found out they can get up to 150 foot high and can spread twice as wide. I don't have enough property but I'll be looking for it in nature to get some of it's bounty to play with. Thanks for sharing!
Judson Carroll
Posts: 127
29
posted 2 weeks ago

Peggy Gallaher wrote:I thought, hey what an interesting tree to grow, but found out they can get up to 150 foot high and can spread twice as wide. I don't have enough property but I'll be looking for it in nature to get some of it's bounty to play with. Thanks for sharing!

Maybe camphorweed would be an option?  It seems that can contain up to 5% camphor oil.

posted 2 weeks ago
I'll look for the bush, thank you for sharing that!!
Rebecca Norman
gardener

posted 2 weeks ago
So interesting, thank you! Is it possible that the amount used in Swedish bitters is really really tiny? Like a drop in a barrel sized batch of bitters? I don't know, that would seem like a possible way that both could be true

Rebecca Norman wrote:So interesting, thank you! Is it possible that the amount used in Swedish bitters is really really tiny? Like a drop in a barrel sized batch of bitters? I don't know, that would seem like a possible way that both could be true

Yes, I think that is the case.  I'm going to have to try to find Dr. Samst's "Old Manuscript" or at least a copy of the formula, from which he recreated the Swedish Bitters in the 17th century.  https://originalswedishbitter.com/history-of-sweden-bitter  It may be possible to substitute camphorweed as a dry herb.... this will require some experimentation!