Fokin hoe want to be

posted 2 weeks ago
Last year I learned about this amazing tool, and thought I want one. The price is very good, and I was set to get one, and then I found out the shipping cost more than the tool.  I had lost my job and didn't feel I should spend that much a on a tool I managed to live without so far.  I showed it to my son and asked if he could make something like it.  He did, and it was very nice of him.  Unfortunately it doesn't work.  I haven't given up on it, but it needs modifications.  It's to long both the handle, and the hoe part, and even the handle he added on to try to make it easier for me to use.  It wasn't sharp enough.  I'm wondering if the metal needs to be thinner? It's a work in progress. I appreciate the effort. I couldn't find my original picture I took, so I took one today. I need to remove the rust, and have him make some modifications.
IMG_20210406_161014925.jpg 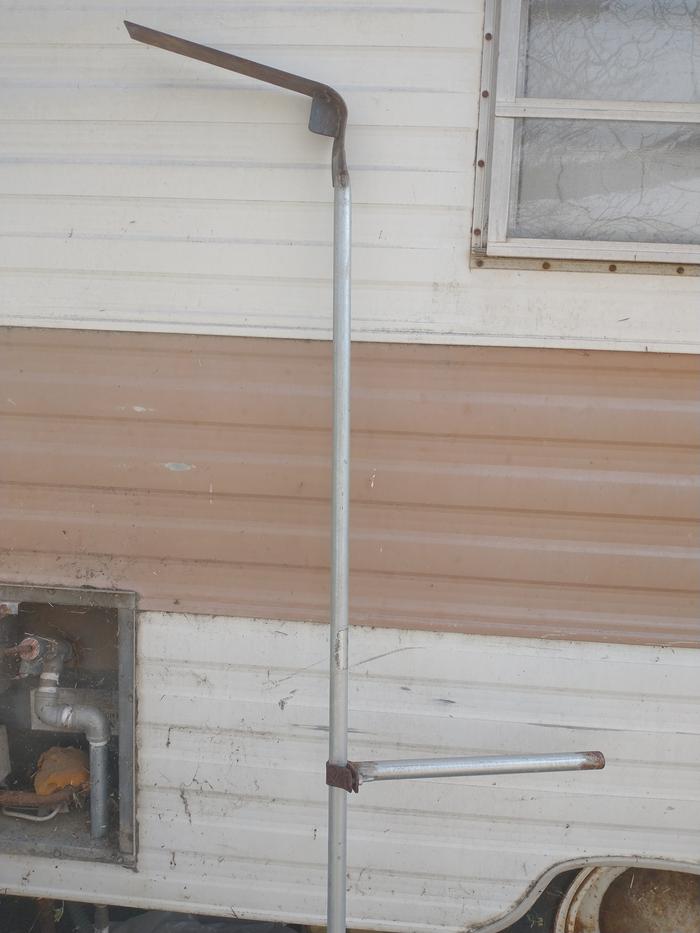 Bihai Il
pollinator
Posts: 117
32
posted 2 weeks ago
Wow, that was nice of him. I like the idea of custom designing your tools. I'd like to see how it progresses.

Jakub Podlaha
Posts: 4
1
posted 2 weeks ago
I was also thinking about telling someone to make me one, but think I'll just order more of them and sell the rest to people interested in them - hope it will level the shipping costs somehow (we are in Europe though).

I do think a DIY version is "doable", it will be a little harder though. It's more about the angles, I guess.

You need to go more to the side with the first bend and then make almost U-turn to end up perpendicular to the handle (from the front view). That way, you'll have the blade "under" the handle, not sticking out of it.
Also the ploskorez is round at the bottom side which helps it to get through the weeds, but you can just file it to shape at the end.
Make sure the U-turn part is also sharp - super handy, I sometimes cut stuff just with that part.

I don't think the material is too thick. I'd go narrower and shorter and file the bottom to be round, but wouldn't go thinner (hard to tell the thickness from the image though).

I would also omit the stiffener bit in the u-turn. Thats where the stuff needs to go through (and that's also why I wouldn't use thinner material - to keep strength).
If it is really necessary there (maybe your steel is not as hard as the original ploskorez), I'd turn it 90 degrees to create an extra hole in there. 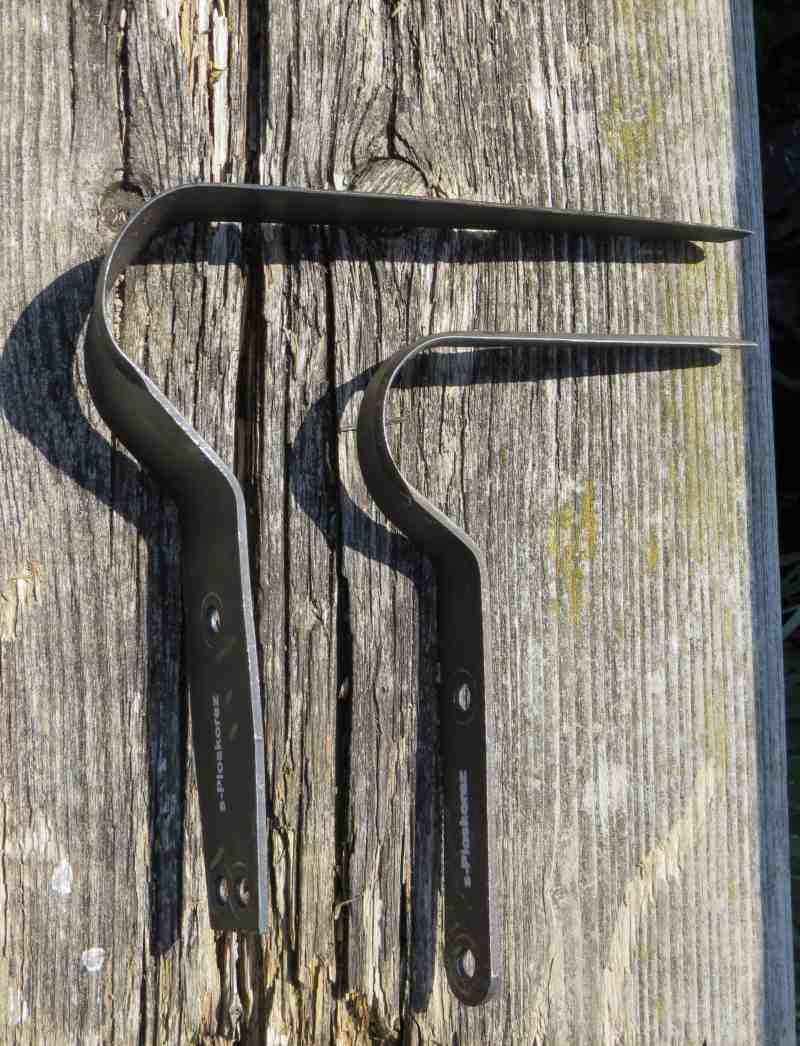 I'm not sure if you were asking for smartytalk like this, so hope I'm not being rude.
I believe you'll get it much better next time and believe it is worth the effort

Love that you started to work on this!