Mike Bruner
Posts: 5
posted 3 weeks ago
Hello All - I'd really appreciate some help identifying a problem with my tomato seedlings. They were doing fantastic until maybe 7-10 days ago. Although some are worse than others, it seemed to happen very quickly, more/less all at once, which makes me think it's not a disease, but I could certainly be wrong. I have several varieties, and nearly all of them are affected - interestingly, only the Purple Calabash seem to be fine, and those were super old seeds.

I've attached several good pictures that, hopefully, will make it easy for someone experienced w/ seed starting. If not, here is some background/context that might help:

I started these in 3/4" soil blocks & moved up to 2" blocks. I just put them in the pots seen in the pics on Sunday, and the issue was already going on before that. I did a light spray of Neptune's Harvest (fish & kelp) diluted per instructions on Sunday; no significant response that I can tell so far.

These are indoors on a heating mat under lights. Some of the things I've thought of: 1) Am I over-watering and this is edema? I've started waiting until I see them just start to droop before watering, but it's hard to know if that's doing nothing or if I'm preventing further trouble. 2) I had pepper seeds germinating on the same mat, so I had the thermostat set to 85F - will tomatoes suffer at that soil temp? I've since turned it down to 75F.

Thanks so much for any help. I have a feeling they'll outgrow whatever this is if I can keep them alive until it's time to plant, but that will be at least 2 weeks away - maybe more w/ the crazy weather here in Cinci right now!
PXL_20210421_232524914.jpg 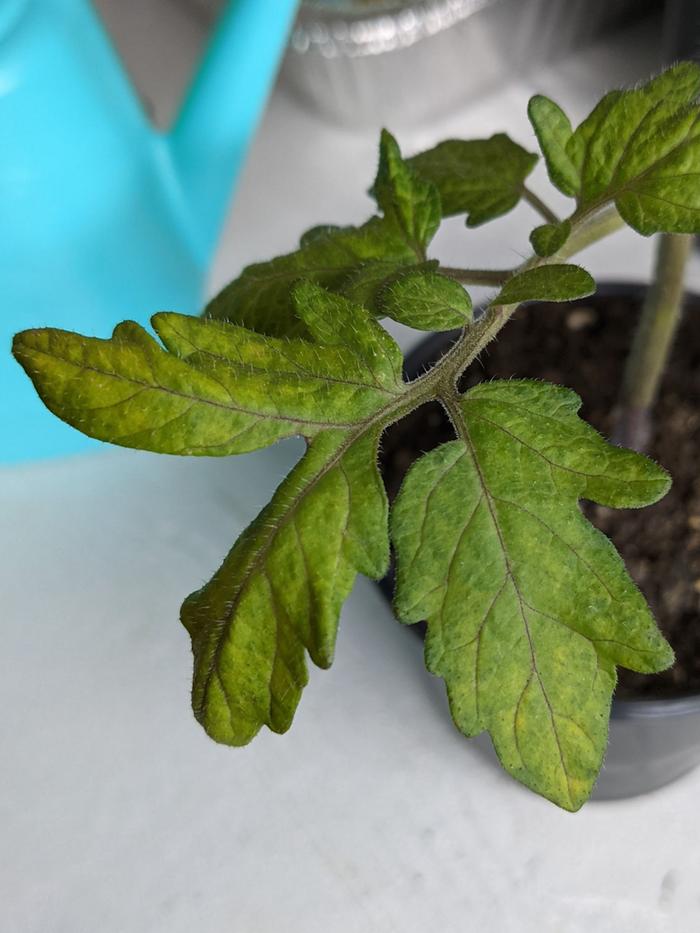 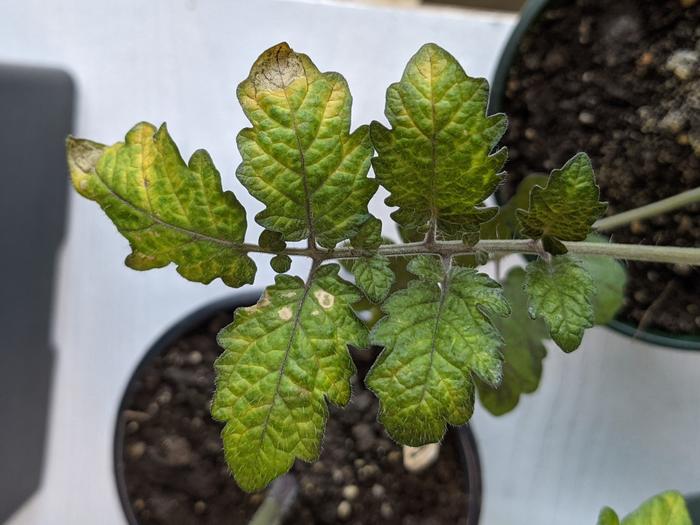 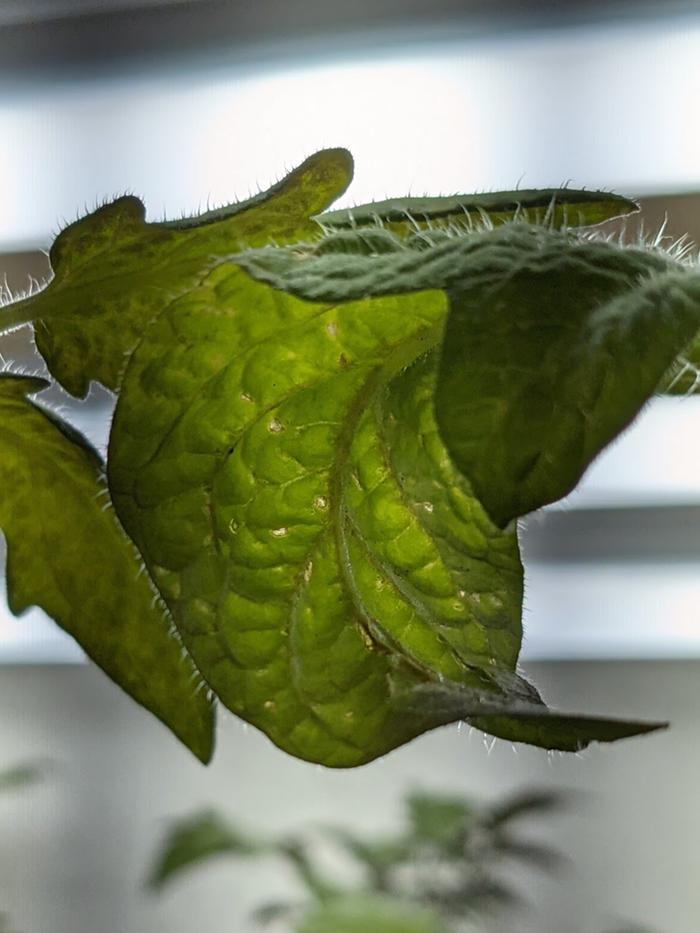 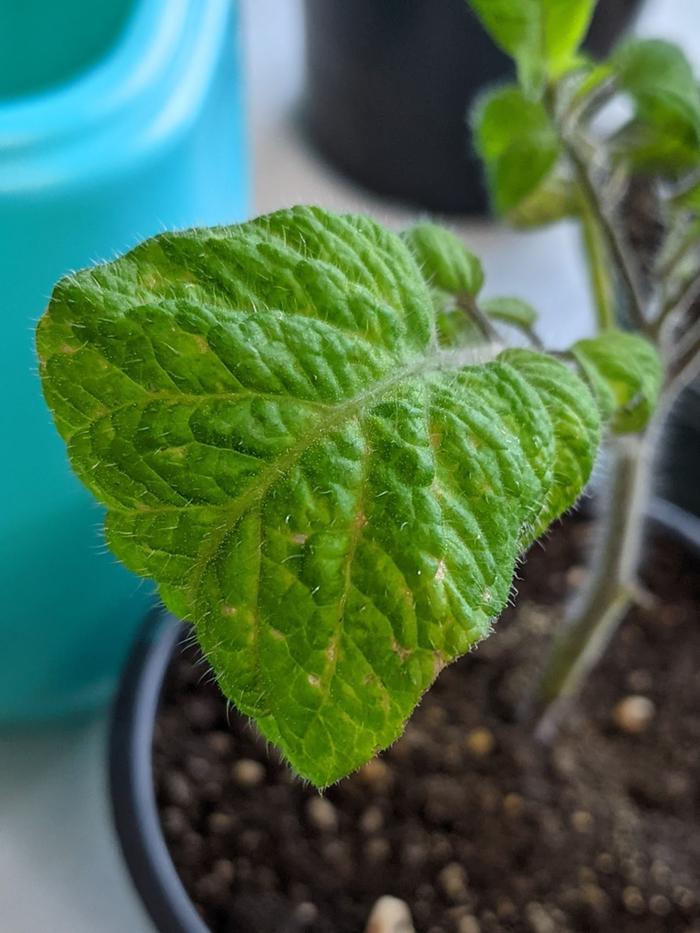 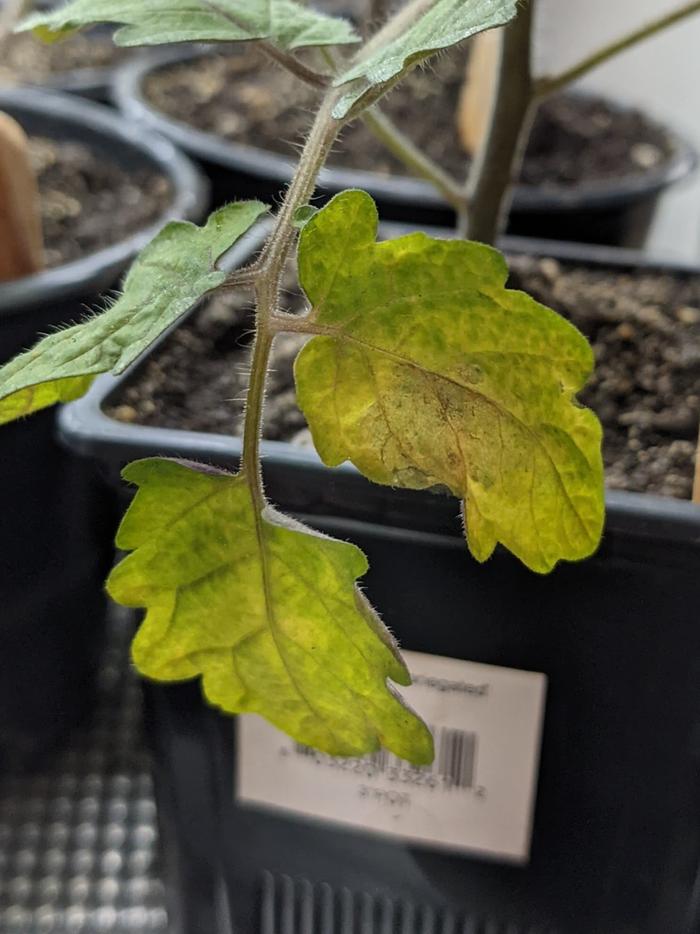 posted 3 weeks ago
That does not look too bad for artificial light and small pots,
they should hold on okay till they are placed in the ground.
Jen Fulkerson
gardener

posted 1 week ago
I'm no expert, this is my first year using a heat mat. I read you should remove seedlings from the mat as soon as they germinate.  Or if the air temperature is to low elevate them a bit and put them under a grow light.  Leaving them on the hear mat can cause them to grow to fast and be gangly. It can also cause fungus in the soil.  You just never know. Gardening is always an adventure. I was pretty happy with my seedling results this year.  Then I had them out hardening them off. The chickens flew the coop, and enjoyed a lovely seedling meal.  Oh well there's always next year. Good luck to you.

Debbie Ann
Posts: 9
Location: Sedona Az Zone 8b
4
posted 1 week ago
Hi Mike,
How is it going? I saw your post last week and thought this might be something or it might be nothing. It is too early to tell. So I have been watching this thread. Is it better or is it worse? Can you post some new pictures? What's happening?
Inquiring minds want to know.....