Casper Krens
Posts: 2
2
posted 1 week ago
Hi all.
Had a bit of a disaster today, hoping someone might be able to help.
I built a cob oven for making pizza last summer and it performed beautifully. However after lighting it up yesterday I found this morning that it was on fire!! My thinking is that at the back near the base my outer layer must formed a crack while the moisture from a pretty wet winter was pushed out. This let oxygen in to the insulation layer (mixture of clay and wood shavings), which probably smoldered all night until it reached the wood that surrounds the fire brick base. Once this caught fire it spread to the wooden pallets supporting the oven. I put it out before the pallets burned through so its still standing.
My inner dome is intact and doesn't touch the wood (only the outer insulation and outer layer touch the wood) so if i pull off the outer layer and insulation i might be able to replace the burned wood at the back, and maybe replace the insulation layer and outer layer.  I'm pretty new to this whole cob thing so I'm not sure if this is a viable plan? I'm guessing if i do this i would need a thicker outer layer to stop this happening again. the other issue is that there is a layer of plywood under the oven floor insulation (made from vermiculite concrete) which has been badly charred. This normally doesn't get that hot (maybe 35-40C) because of the insulation separating it from the fire brick base but my concern is that it might now catch easily  and obviously it can't be removed without replacing the whole oven.

I would appreciate any guidance anyone has because as I said I'm fairly new to this and I'm not sure what to do/ if the oven can be saved.
Many thanks,
C.

P.S. I've attached a couple of photos of the back after i removed the outer layer so people can see what im talking about.

P.P.S i know having vermiculite concrete insulation under the oven floor means it's technically not permaculture but I promise the rest of the oven is pretty sustainable.

posted 1 week ago
Hi Casper;   Welcome to Permies!
Well that was sure a rude awakening!   Stroll outside to find your cob oven on fire!   Geez who would have guessed!

Your photo's did not come thru. They need to be added as attachments.
Click the attachment button and then click the upload a file button. They should come thru that way.

As far as your oven goes.  Without seeing the pictures I will guess and say it might be time for a rebuild...
This time I suggest getting some Morgan Super wool to use as your insulator. Easy to work with and completely non hazardous.
As you see the wood shaving mix  might not be the best choice.

You may be able to do a repair so you can enjoy your oven this summer and then do a better rebuild when you have time and material on hand.

Posts: 3477
Location: Upstate NY, zone 5
210
2
posted 1 week ago
I think your problem is not that you used a clay and wood shavings mix, but that the clay wasn't completely coating all the pieces of shaving, so that fire could spread when it got more oxygen. I expect the shavings were charring all last year, making fine charcoal that caught fire easily. Normally, this would be fine, as the charcoal would eventually turn to ash leaving lots of little insulating voids in the clay matrix. For that matter, a thin clay slip and straw/hay mix might work even better because the voids would be more numerous and smaller so that air would not move as easily from hot side to cold side.

The base is the really problematic part as you know; insulation does not stop heat flow, it only slows it down. Slowing heat transfer during a short hot fire can be sufficient, but when the fire/heat usually lasts for many hours, the heat eventually builds up on the far side. If there was a thin plywood layer with open air under it, that might even let heat dissipate fast enough to avoid charring. The best way, of course, would be to have nothing combustible at all below the floor. Next best would be to have spaced-out bricks under the solid brick floor so that air could cool the bottoms of the floor before heat gets to the wooden support structure.
Casper Krens
Posts: 2
2
posted 2 days ago
hi sorry its taken me so long to reply. i've  attached a few photos from after i had stripped back some of the layers from the back of the oven hopefully they will come through this time. I think I am going to rebuild the back of the oven over the next few weeks, but i'm not sure what the best way to join the new cob to the dry stuff would be. Is there a good way to make sure the new cob doesn't separate from the old stuff as it shrinks and dries? The other thing that i was considering is using straw and clay rather than wood shavings and clay when i rebuild the insulation on the back, but i'm not sure if having 2 different types of insulation might cause problems.
I also discovered a crack in the inner layer that i think happened  from rapid cooling when I poured water on it to put out the dome, but I think I can patch the crack.
If you or anyone else has any pointers or advice on this I would really appreciate it.
IMG_3720.jpg 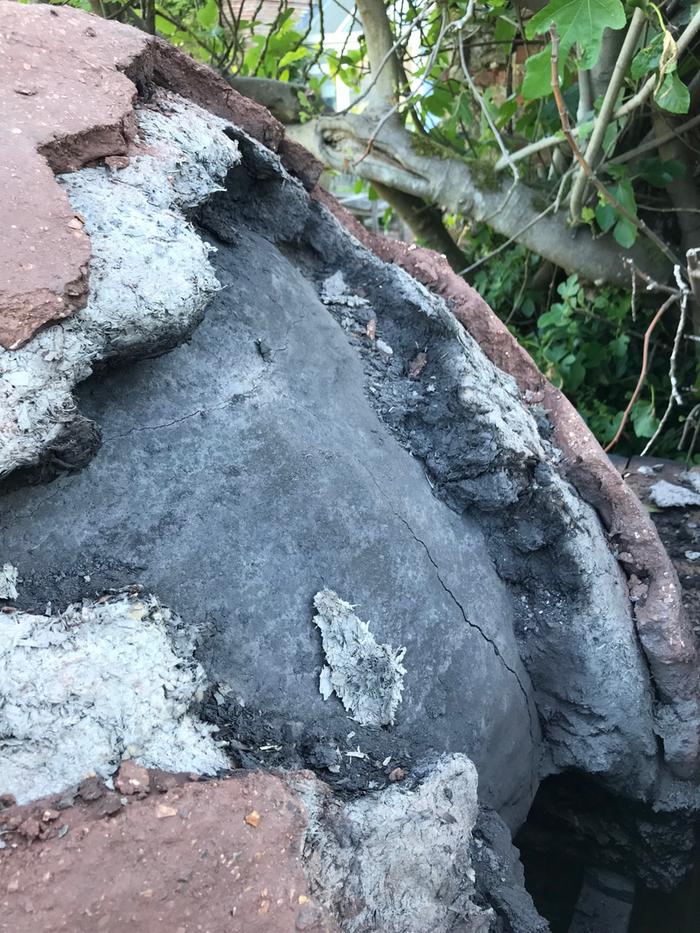 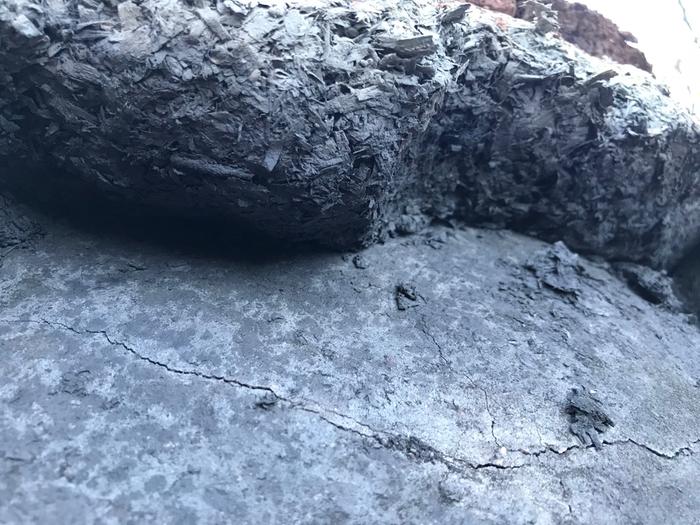 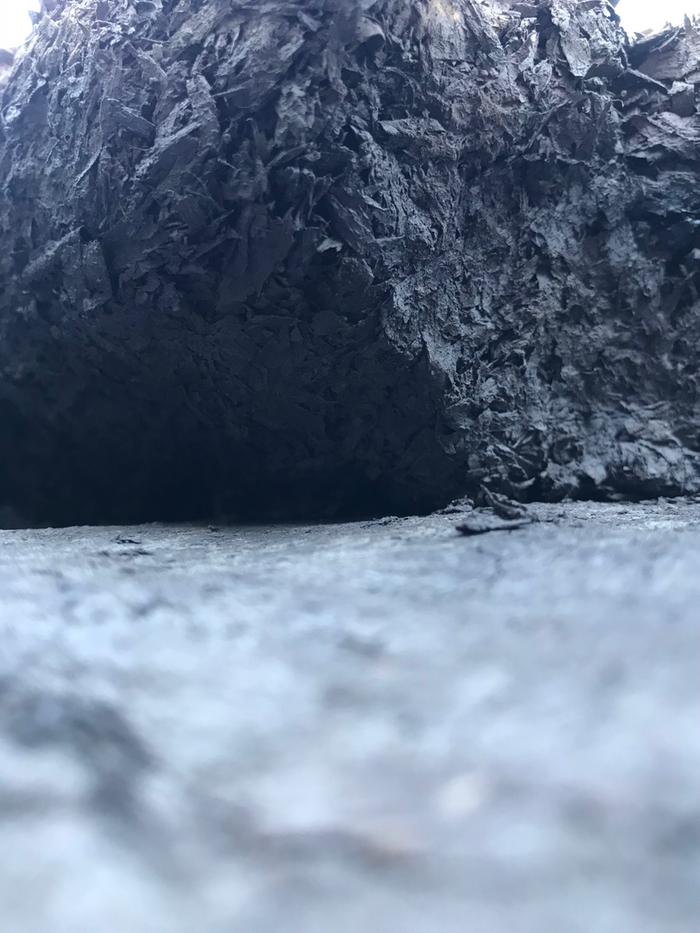 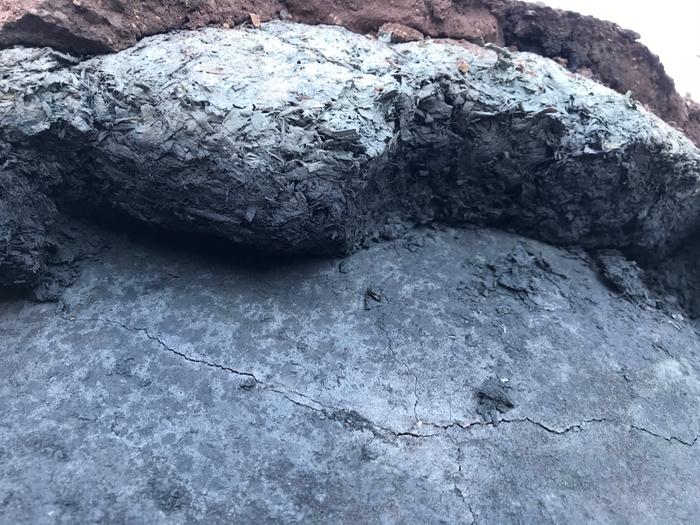 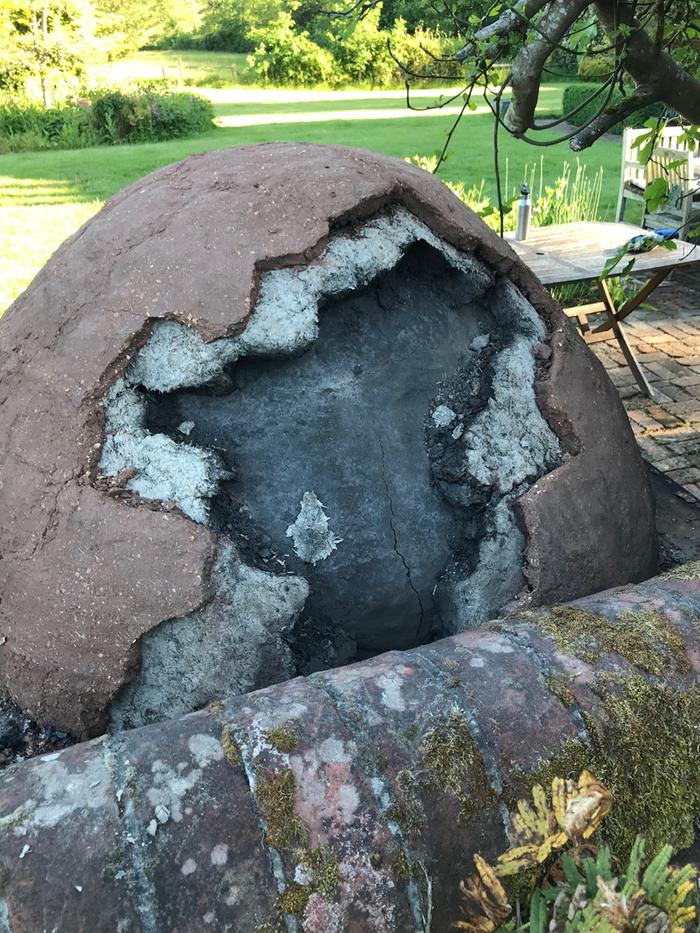 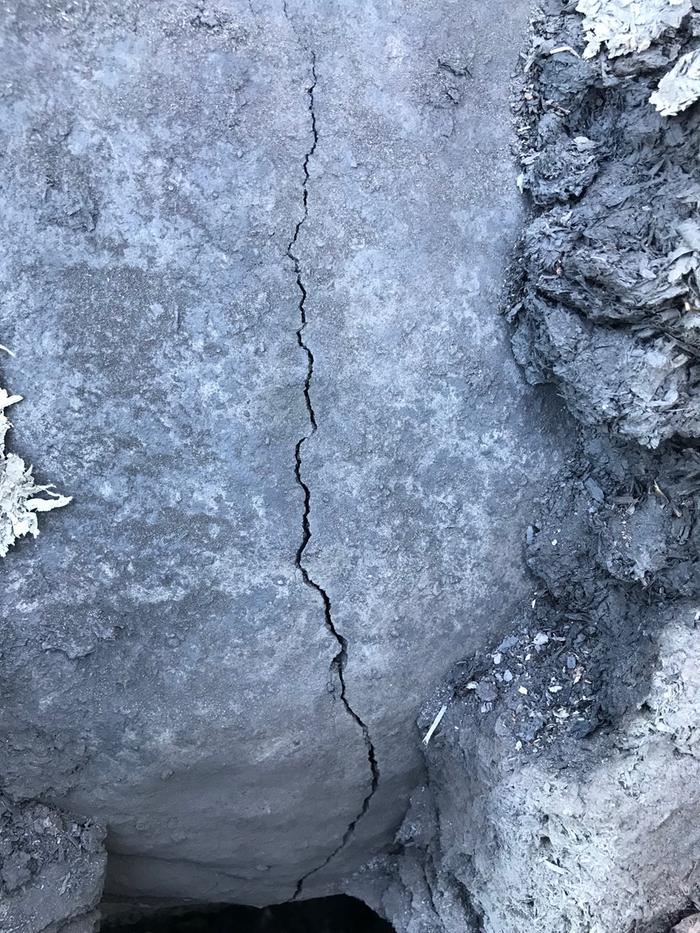