Good intentions are not enough…

posted 2 weeks ago
I’ve run into this a few times, but had a really obvious case yesterday.

There was a huge swarm of bees in the city centre of my home town, literally at head height on a street tree in the high street. The info was shared on Facebook, not as a “does anyone know a beekeeper”, but more along the lines of “isn’t this cool”. It was generally a really positive thread. I ended up collecting the bees myself.

However, there was one person who was slamming anyone who suggested that a beekeeper should collect them, and going down the line of the bees needing protecting, they are wild animals etc…

This individual was vehement that they should be left alone, but had no actual knowledge of bees, beekeeping, or what was the likely outcome of them being left alone (moving into someone’s building and then being killed). They genuinely believed that they had it right, and were totally unwilling to engaged in a discussion about alternatives.

Now my point wasn’t really to discuss this case, but it struck me that it is a stereotypical example of interactions I have had over the past few years over a range of issues - heartfelt beliefs, not supported by understanding of the nuances of the situation.

I’ve seen it recently in my community over recycling, pest control (rabbits and pigeons), burning of waste, use of cleaning products etc…

I presume others also have examples of this? Does anyone have a gentle way for steering such discussions into a constructive path? 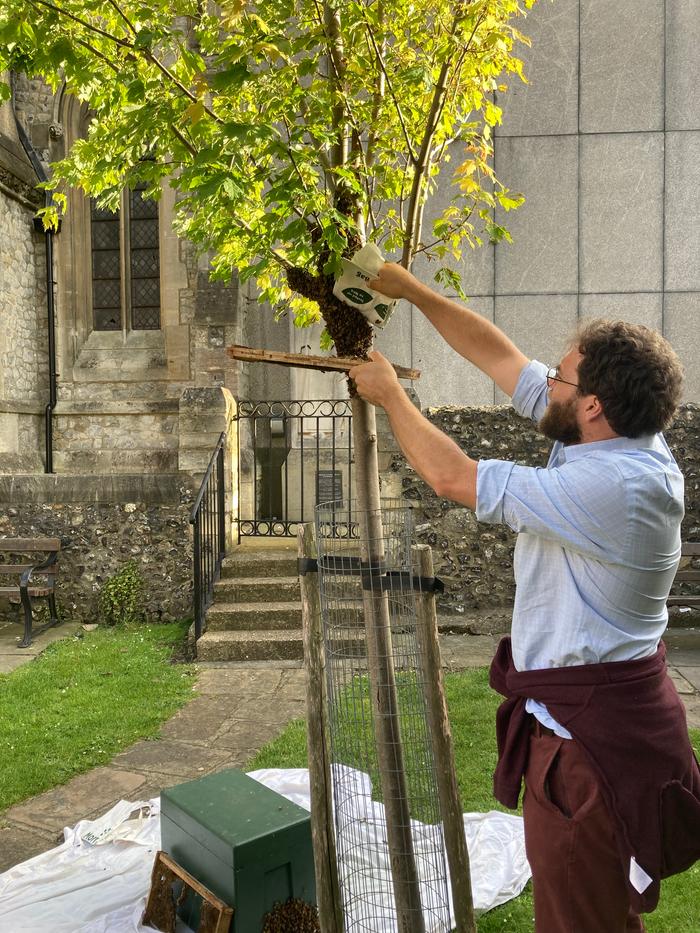 posted 2 weeks ago
It's been my observation that the Internet has given people a false sense of expertise, combined with bravado. Many people type things onto their keyboard they would NEVER say to someone's face.

People visit Google for a few pages of info, then suddenly they're experts. And it seems like once they're convinced of their knowledge, they can't be swayed to a different perspective.

It's been my experience that the best comeback to such people are, "Well, I've been at this (beekeeping/insert your own proven experience/job/etc.) for X amount of time, and so I think I know of which I speak. However, you might indeed know more than I do." That usually shuts them up, because you're not actually disagreeing with them.

posted 2 weeks ago
That’s almost exactly what I said.

And I pointed out that bees left to fly in someone roof would likely be killed. Their response was that if that happens the person who’s roof it is can pay to have them removed.

Bizzare. They could clearly see the risks, and despite that it was better to leave them alone. It occurs to me belatedly that she may just have no idea what beekeepers do. Some people have really strange ideas - like we kill the bees to get the honey. I could see her point in that case, but I don’t think that was the issue.

I have just remembered the other local one! Cutting grass verges is currently a big issue round here. Councils are under pressure to let the wild flowers grow and cut later in the year. But when they do the cut it looks so drastic that they get more complaints than if they kept it short year round. And not cutting them is a safety issue because they block visibility at junctions. And then the council have limited crews and limited machinery, so when it is time to cut - allowing the flowers time to seed ideally - it takes them two months to get round everywhere, so they have to start early in some places and finish later than ideal in others.  It doesn’t take much to think it through, and work out the why and wherefore. But when they do cut you would think they are publicly kicking puppies from the degree of vitriol spouted on local Facebook groups.