posted 1 month ago
I harvested one ear of corn last fall that appeared to be a hybrid. A mix of true gold and bloody butcher. This summer I gave it a nice spot in hopes it would grow. Grow it did and now I have a lot of hybrid ears! I’m just not sure how I feel about them though. The kernels are small and the taste a bit mealy. I’m currently drying some to see how it pops.
I love nothing more than a good landrace hybrid, I’m just not sure this is the one for me. How much space should I dedicate to a variety I’m unsure I’ll ever like?
This is my first experience with landrace corn so any help is greatly appreciated.
8BBE79D8-522F-4C44-AD9C-A7B72F39D5DB.jpeg 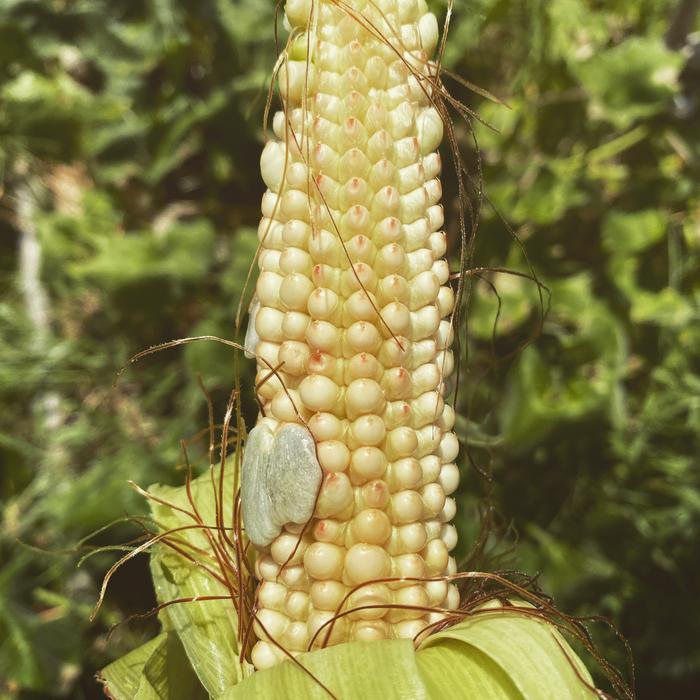 Posts: 5696
Location: Cache Valley, zone 4b, Irrigated, 9" rain in badlands.
2276
posted 1 month ago
True Gold is a sweet corn, Bloody Butcher is a dent corn. The F1 hybrid between them will be a dent corn, with mealy kernels. I do not expect any of the descendants to be useful as popcorn.

There isn't an easy way to return to 100% dent corn. A few sweet kernels are likely to show up from now on.

My recommendation when starting landraces, if to keep like kinds together: Crossing sweet corns to sweet corns, dent corns to dent corns, and popcorn to popcorn. It's easier to not introduce unfavorable traits, than it is to eliminate them later on.

My first crossing project was popcorn to decorative corn. It took about 5 years of intense effort to return the population to a really great popping corn. (The cross was a great decorative corn in the 2nd year, and ever after).

posted 1 month ago
Thank you my friend, it’s always good to hear from you. 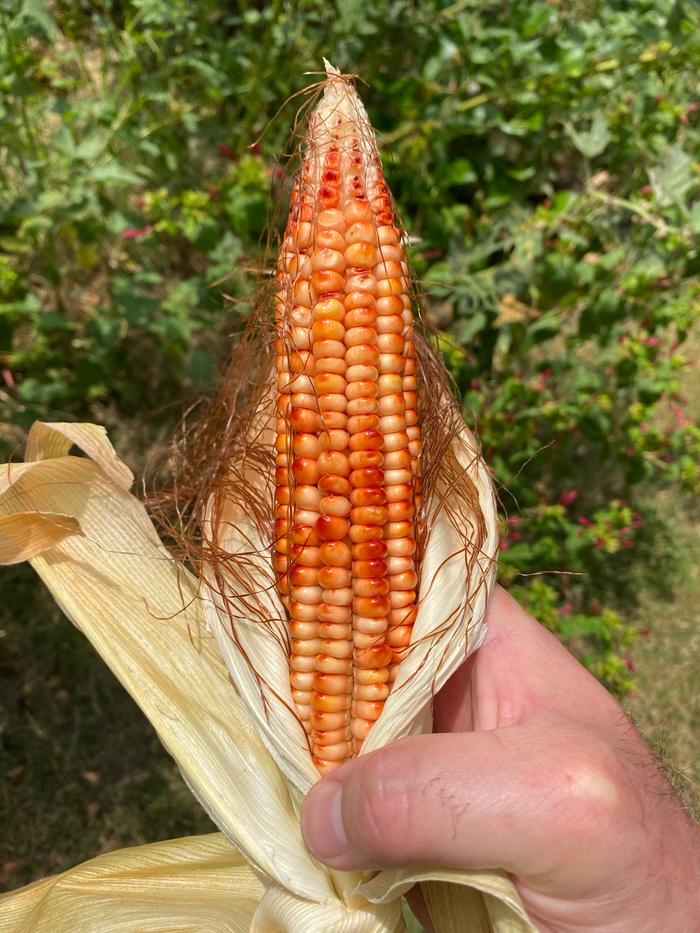 posted 1 month ago
That is a very pretty ear of corn but if you are trying it for fresh sweet corn it looks well past the stage for that. For fresh eating, even if you are growing pure sweet varieties by the time the shucks start to dry it's past it's prime.

Lots of non-sweet, flour and flint corns are pretty good eaten fresh but it has to be caught at that perfect time when the kernels are big enough to matter but still very immature. I think it's generally called milk stage, when the kernels are pump but soft. If you squish one sweet white juice pops out. This good eating stage last longer with actual sweet corns especially the se varieties and the even newer super sweets  or what ever they call them.

You just have to experiment, practice and observe to learn how to judge exactly when to pick corn for fresh eating. I've screwed up and wasted a crop by picking too soon or too late plenty of times

posted 1 month ago
It’s certainly past it’s prime. In this case I’m not sure it would have mattered. I really never intended for these two varieties to cross. I would like a landrace variety though and will be following Joseph’s guidance next time.
I’ll be tossing most of the ears out for deer season. I hope they find it palatable. It’s nasty! 😂