Automation is a powerful tool for increasing efficiency and this requires technology. Using open-sourced hardware like Arduino to power your system is ideal when you want to reduce costs, independence from brand products, and flexibility in design. A single board can run $20 dollars while engineered products can be priced at several hundred. If you do not know what Arduino is, it is essentially a microcontroller that you can program to perform instructions. If you are considering this, be mindful that you will be required to learn a bit about programing and basic circuits, but don't fret, it is not that difficult if you are patient and have a tinkerers mindset. There are DIY projects littered all over the internet for reference. You do not have to be an engineer to play with these things, high school age kids are increasingly playing with these boards.

I'm starting a small commercial aquaponics farm and I'm very interested in putting in some Arduino controls to monitor my system. I'm not necessarily looking to have everything automated as in the video, but I think some simple monitoring tools that could help me keep track of how things are going in the long run would be very helpful. You mentioned finding more information on the internet... any chance you could post some links?

“Walk as if you are kissing the Earth with your feet.” ― Thích Nhất Hạnh

Mark Brinn
Posts: 9
posted 6 years ago
OK right after I posted that I found a complete pre-built aquaponic controller here:

Looks like he has some "DIY" options available too.

“Walk as if you are kissing the Earth with your feet.” ― Thích Nhất Hạnh

Amedean Messan
pollinator
Posts: 928
Location: Melbourne FL, USA - Pine and Palmetto Flatland, Sandy and Acidic
41
posted 6 years ago
I am going to be working on this heavily in hopefully the next few months. My goal is to automate as much as possible so that I can scale large. I looked into KijaniGrows and they have a neat setup, but I want to do more than what this turn-key system does. Since you wanted some specific products, as far as measurement of water quality I find AtlasScientific has top quality product that can be easily integrated into Arduino.


Those who hammer their swords into plows will plow for those who don't!

The usual way to "do" arduino process control is to build your device and upload the program. This is fine, don't get me wrong...

However, what if you have multiple process control applications?

I'm now leaning more toward programming the arduino as a web service that executes commands (send a high to pin X, read pin Y etc). Then have the actual process control hosted on a PC, or laptop.

It also means that data can be stored directly in a database in real time and then visualised without much hassle.

By using this concept, a system can be developed where various process applications can be visually designed in a "drag and drop" environment, and then saved to a database. The processes can then be version controlled as they get tweaked and modified, or even uploaded and shared by others using the same system.

For an aquaponics operation this could be important because you may find that some fine tuning has caused an issue and you need to roll back quickly.
Charli Wilson
pollinator
Posts: 503
Location: Derbyshire, UK
84
I like...

posted 6 years ago
Have you looked into using a raspberry pi? Tiny electricity usage, but a fair amount of power and ability to use networks/databases same as a PC/laptop. You can get an arduino-shield to use with the pi to make connecting sensors easier, or look into one-wire (I use a rpi and one wire temp sensors to monitor house energy usage and temperatures, I hope to extend it to greenhouse automation... when I build a greenhouse)

Nick Kitchener wrote:However, what if you have multiple process control applications?

Have you heard of mesh networking? Colorado Micro Devices has a wireless module called the RadioBlock that I am planing to play with. I already developed a code that ports data from Arduino to MATLAB, I just need to sit on it and figure how to transmit wireless. One thing I am looking into is converting my code to Scilab which is open source. 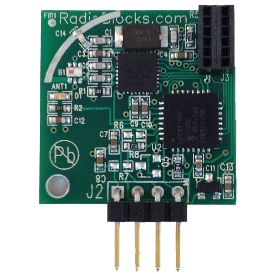 Charli Wilson wrote:Have you looked into using a raspberry pi?

Yes, but Arduino has a tremendous library I can work with on the internet. Raspberry Pi has more horsepower and is completely capable.

Nick Kitchener wrote:However, what if you have multiple process control applications?

Have you heard of mesh networking? Colorado Micro Devices has a wireless module called the RadioBlock that I am planing to play with. I already developed a code that ports data from Arduino to MATLAB, I just need to sit on it and figure how to transmit wireless. One thing I am looking into is converting my code to Scilab which is open source.

Yes, I was looking at using mesh networking a while back for data communications for things like paragliding competitions where there is little or no other coverage. Would be good for connecting a bunch of devices that are dispersed throughout the landscape, and routing the data back to base for processing.

I've been doing arduino aquaponics for a while now, and found that it works really well. Everything is automatic. I don't have to touch my system except to feed the fish, harvest, and do occasional water testing (the API test kits are more accurate and way cheaper than probes. I've seen commercial growers use them.)

Anyway, I can monitor my temperatures and heater status here and get text messages sent to me when there's a problem. 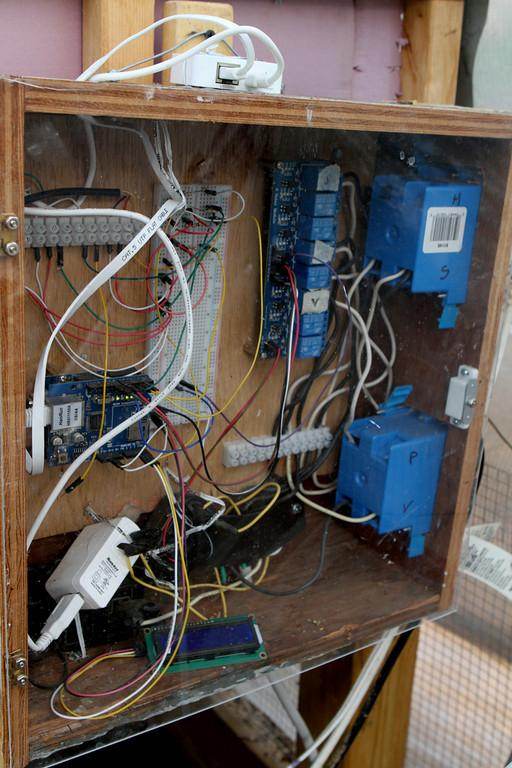 I'm thinking of making a setup where you'd have an arduino, some relays, and some temp. sensors in a box. You could plug in several 120V devices (i.e. pump, heater, exhaust fan, water heater, etc...) and modify the C++ code however you wanted. If you wanted to add more or different sensors you could.

Basically it would allow you to buy one box, set it up, and start tinkering on day 1. It would be something in between buying limited turnkey solution (like the one described above) or building it yourself from scratch.

Anyhow, I'm talking with some folks that do circuit board prototyping now, and would love it if anyone has a wish list for something they'd like to see.

Another option would be to provide just the box with resistors, temperature sensors, and outputs, so you could use your own arduino and relays.

I use an Arduino for controlling my solar hot water system, and I love it. I have programmed it so that I can change temperatures at which things occur, with a few buttons and an LED display. Or if new logic is required, connect it to a PC and tweak the software.

Amedean Messan
pollinator
Posts: 928
Location: Melbourne FL, USA - Pine and Palmetto Flatland, Sandy and Acidic
41
posted 6 years ago
I found a good website to learn about some basic projects in Arduino specifically for aquaponics. The course even includes a cloud based graphing tool and implementing this into your own custom system.

Jeremiah Robinson
Posts: 92
Location: Madison, WI
2
posted 6 years ago
IA is awesome! Thanks for the link!


Aquaponics is definitely a future project for us. I have gathered a lot of info on useful sensors etc for aquaponics/arduino but it was several years ago.

There is a lot more available now (for lower prices too )

It is nice that there are chemistry sensors in a reasonable price range now too.


all for now, but this will be an interesting thread
Jeremiah Robinson
Posts: 92
Location: Madison, WI
2
posted 6 years ago
Do you know what breed of prawn you'd raise? I've heard some breeds are very territorial and fight.

I was thinking of raising grammarus shrimp as fish fodder.

Mark Krohn
Posts: 10
1
posted 6 years ago
These seem popular in the US and are readily available


Giant Malaysian Prawn (Macrobrachium rosenbergii) which is a native of southern Asia.

the above link isn't working right -- try a copy/paste with the ").htm" at the end

one aquaponics grower kept the prawns separated in layers of screen -- I can't remember the link right now -- I think plastic pipe tubes have worked also.