Charles Tarnard
Posts: 337
Location: PDX Zone 8b 1/6th acre
13
posted 5 years ago
It's a male. It's a female. Be careful not to say he or she until it's about 10 or 15 years older. I'm sure that will totally eliminate gender bias and cross-gender stereotypes.

Sorry, but I deem the tone of this article dumb, even if the underlying themes are worth discussing.
Dave Burton
steward

posted 5 years ago
I think gender assignments are a bad idea when it is done without permission of the person receiving the surgery. Before this discussion picks up pace, I would like to introduce A LOT MORE information into the equation because I think these will aid help convey the idea of the article better:

I think Middle Sexes: Redefining He and She best conveys the points of discussion for gender assignments and its correlation and interaction with society and culture. If one would like to skip to the more scientific parts, I advise going to 00:28:35. At 00:47:15 to 00:48:20, there is a scene of a surgery, so if one has a light stomach, it may be advisable to skip this. As a whole, I enjoyed this documentary because it opened my mind into how many diverse and beautiful aspects gender comes in.


For a briefer overview of this, Intersex: Redefining Sexuality is a short documentary about intersex and how they view themselves and what society thinks:


On the TEDtalk spectrum, here are three talks that I really liked:
Gabrielle Burton speaks about how gender is fluid and goes along a spectrum and continuum- rather than an either or.

Slightly off topic, Tillett Wright gave a talk about how sexuality exhbits similar traits- it is a spectrum, too.

Back to focus, Alice Dreger had a nice talk about how anatomy does not have to influence destiny:

Regarding infographics, I think the GenderBread Person conveys an important message that sex, attraction, identity, and expression are all seperate but equally important parts that make p the whole of who someone is. I think it even conveys the point that it is hard to judge someone accurately for who they are by just one aspect of their person. 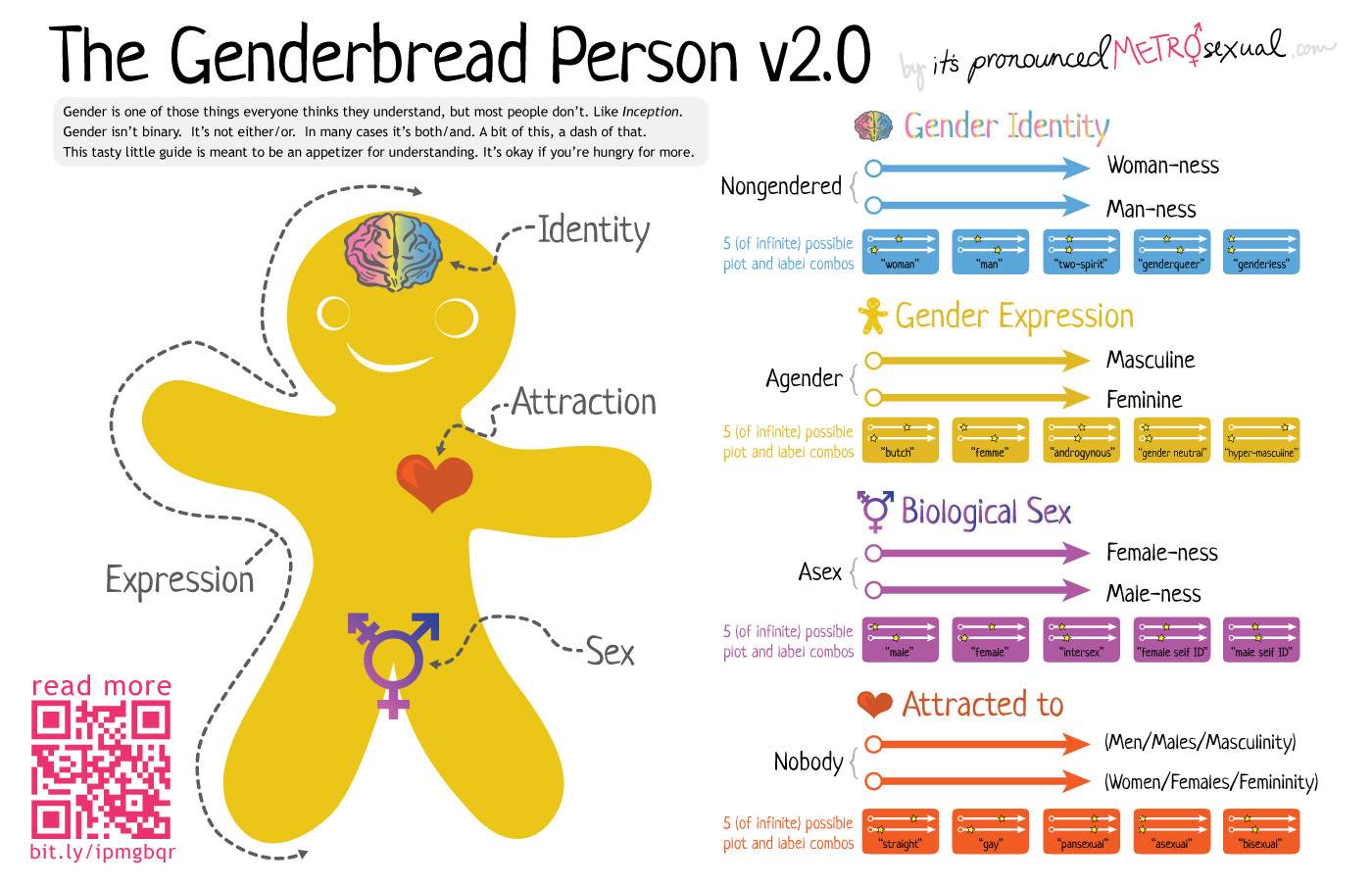 Lastly, I think Girls and Boys by Blur conveys the most important thing I am trying to get across: as long as one loves oneself and truly loves someone else, all the rest does not matter.