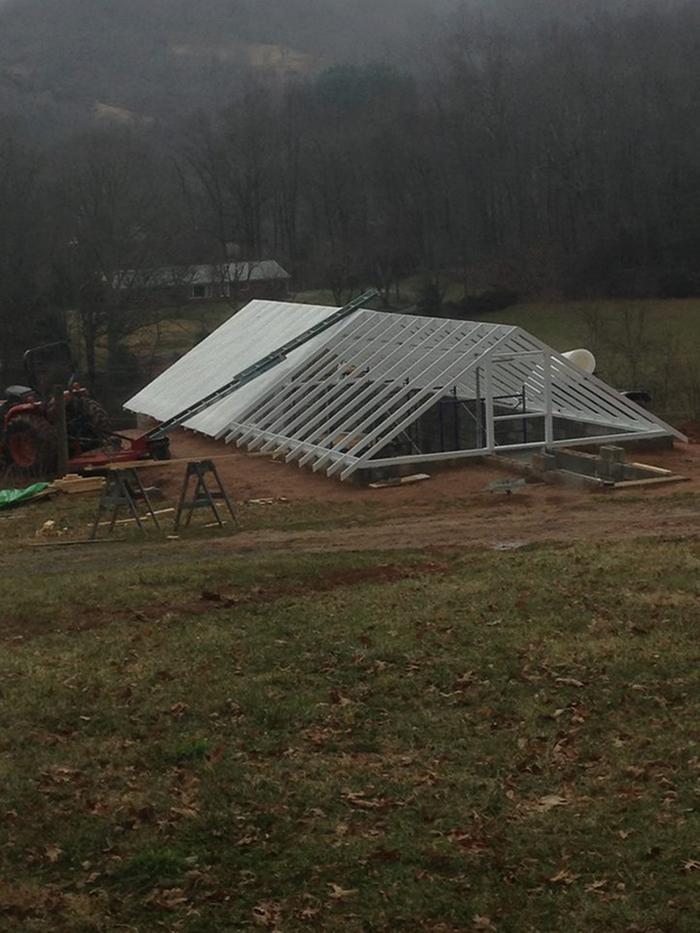 posted 5 years ago
Hey Matt are you using the 3.5 solexx or the 5mm? Did you order your roll on Amazon? Nice work, can't wait to see what temps you can maintain in there.
matthew sorrells
Posts: 134
Location: Canton, NC
4
posted 5 years ago
Zach, it is the 3.5 mm and I ordered it direct from advanced plastics (I may have gotten that name incorrect) who makes Solexx. Thank you for the nice words.

Tom Connolly
pollinator
Posts: 280
Location: Nevada
13
posted 5 years ago
Do you have details on your walipini somewhere else on the web? dimensions? costs so far? materials used?

matthew sorrells
Posts: 134
Location: Canton, NC
4
posted 5 years ago
Tom, there are many details in the beginning of this post, but it is an 18 by 40 built with block and 2X4 construction. I've painted all the non-treated 2X4 with at least 3 coats of exterior latex white. Even the ends pre assembly. All the screws I'm using are decking screws that are coated so nothing will rust. I'm using Solexx, and all the $ is coming in on the back end of this project with the roof and the electrical (lights, shutters, fan, conduit...). It LOOKS like I should be around $4k into it by the time I'm done, and the only thing that I wont do myself is the electrical. I probably could do it, but I had an offer from my dad to pay for an electrician when I voiced that I'd have to google the 3 way switches. I've got all the conduit run and by the time the electrician gets here I'll have the lights hanging and everything ready. Shouldnt take him but an hour or two.


Then its on to the pathway/drain through it, then the rocket mass heater.

Laurie Stribling
Posts: 4
posted 5 years ago
Matt great job, thought I would chime in and remind you it was Adaptive Plastics that provided Solexx to you

Thanks for the great pictures

matthew sorrells
Posts: 134
Location: Canton, NC
4
posted 5 years ago
Here's a few update pics from the greenhouse this evening. Got lots growing, and have been eating out of it for a bit now. There are strawberries, lettuce, spinach, swiss chard, 3 types tomatoes, bell peppers, cayenne peppers, trinidad scorpions, carolina reaper peppers, a couple beans, a mexican gurken, passion fruit, lime and lemon trees, and lots of starts including local stuff like hostas and rhubarb. The lemon tree is growing well, and the lime has 8 inches of new growth and TONS of blooms on it. I put a mantis egg case in there earlier and they are about 1 to 1.5 inches now and between them and the spiders they are keeping control of pests - at least I have not had any problems yet with pests. The rocket mass heater is closer, but not done. Its just too hot in there during the day to stomp around on cob and sling mud. likely fall project to finish that part. The greenhouse gets up to between 80 on a shady day and 92 to 95 on a sunny day at 85 outside. I've got the shutters on the west end set to open at 80 and the fan on the east end kick on at 95 and high speed at 100, but it hasnt reached that in there yet. This is also air temp, as many things are planted in the ground, so probably 75 at the hottest down there. I've been fertilizing with blood and bone meal with coffee grounds. Bought some epsom salts today to spray the maters with.

Overall, I'm very happy with its performance. Only time will tell and after this winter coming up I'll know for sure if it "works" or not. 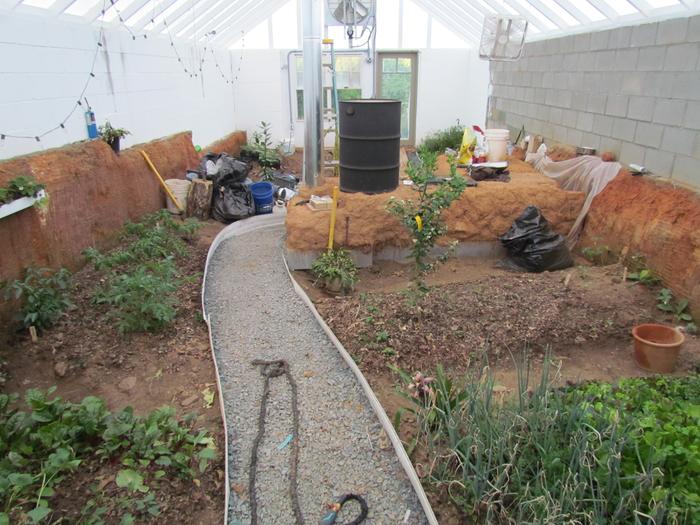 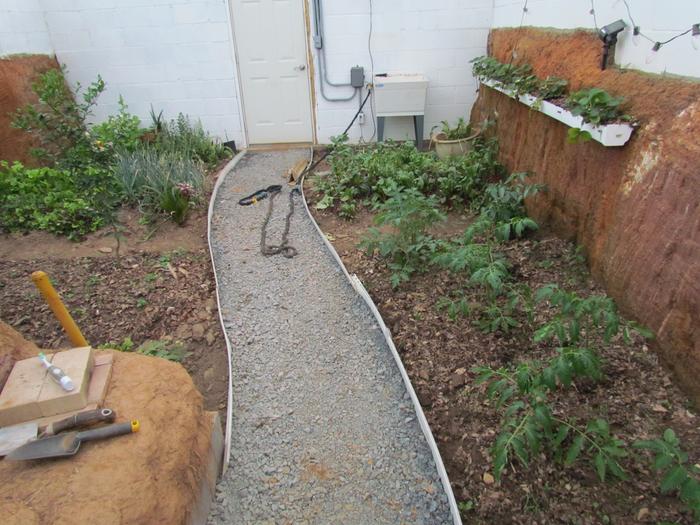 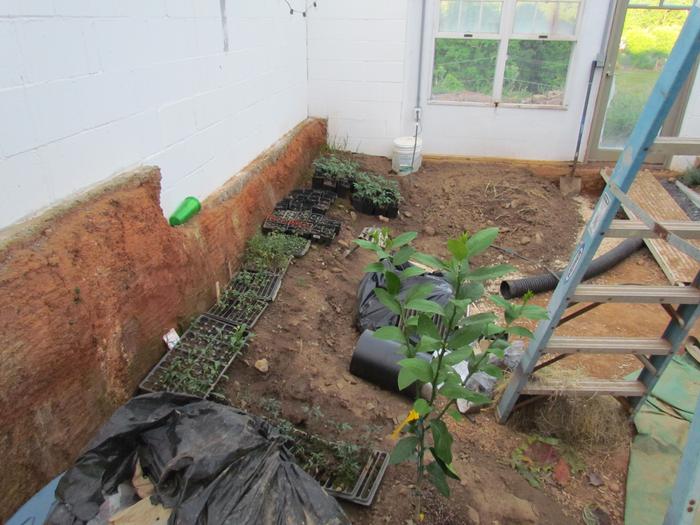 Nerissa Met
Posts: 3
posted 4 years ago
Just found this thread and wanted to say that what your doing is really amazing & I thank you for sharing the detailed progress notes and photos.
matthew sorrells
Posts: 134
Location: Canton, NC
4
posted 4 years ago


Here's a quick update on the walipini! Things are growing well in there, and a bit differently than outside, but not bad different. Tomatoes are growing crazy tall compared to outside. Not leggy, but I've got one that is around 10 foot tall now and covered in tomatoes, whereas outside, the tray-mates of the ones inside are only 3 foot tall and many less tomatoes. Onions are a bit weak and only beginning to fill out, but I suspect that may have more to do with the length of the day than light. Peppers are doing awesome, and I think they will be one of my best products. I've got hot peppers coming off the habanero much quicker than I can pawn them off, so I'll likely be making hot sauce to sell so they dont go bad. Many, many, trinidad scorpions and carolina reapers growing and beginning to ripen on the 3 foot tall plants. Greens do well in there, as I have swiss chard and amish deer tongue growing. Herbs do well, as do sweet peppers. I have a lime and a lemon tree in there which have not produced yet - I do not know if it is the age of the tree or my natural fertilizers or what causing this. I've got strawberries in a gutter in there that did very well and are exploding in runners now.

My pest control seems to work very well. There is a great little ecosystem in there with the praying mantises that hatched out and grew to maturity ahead of the outside population. I put some little toads in there as well as some tadpoles in a 2 foot pond that are also thriving. No pests that are causing any damage that I can tell, but many pillbugs in there and now a few crickets. I've put many worms in the good soil in there, but they do not come up when I water - I dont know if they've vamoosed or they are just happy in the soil and I dont water enough to cause them to come up. The Nepenthes are doing well too. I've put a few ornamentals in, like orchids and a bromeliad. Also some sensitive plant seeds.

I've only been fertilizing with alpaca poop, bone meal, blood meal, and coffee grounds. Oh, and the comfrey cuttings that I took from the plants outside and shredded and put around the plants inside. I've used shredded leaves as mulch in the greenhouse and the little toads REALLY love them.

The hottest I've seen it in there is around 102, but normally it is around 95 during the summer days at around 8 foot up, and probably 85 at head level. I havent really checked at ground level, but I'm sure it is appropriate. I have 2 box fans moving air around in there for now with plans to put either one or two more in.

The material Solexx is holding up well and still looks brand new, but it does bulge and bow in the heat. Works just peachy, just dont go into it thinking it will be perfectly smooth and stay that way. When it was 20 here, it was smooth - at 90, not so much. My problem is I expected perfection, and when you do that you are bound to get disappointed with something. But overall, I am happy with it and would use it again. 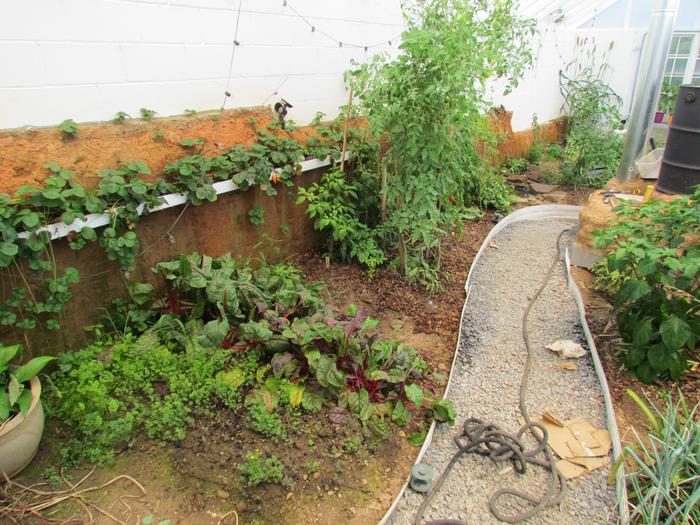 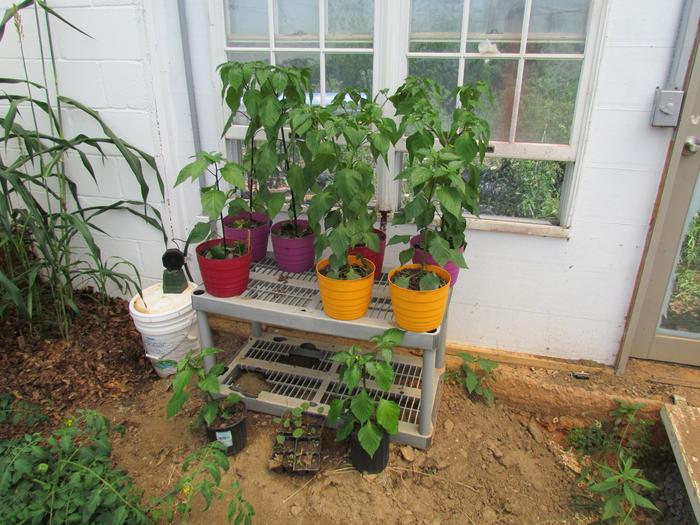 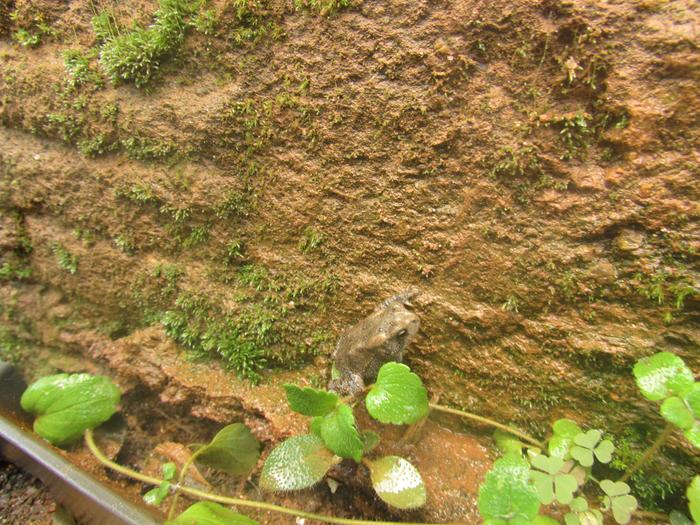 Great to see the progress on your Walapini/submerged greenhouse. It looks great. Thanks for the updates. I was hoping to be granted permission to use some of your pics and info on my blog. I am an Authorized Solexx Distributor in Missouri at Bedella.com and I'm writing an article on the blog about Walapini's. The blog can be accessed from the home page. Just let me know if you are agreeable to this arrangement and how you would like to be credited.
You can contact me through the Bedella.com contact page.
I'll get your response right away.
Thank you in advance for your response,

Project looks to be taking good shape now! Best of luck, love the strip foundation too