The farm in Puebla

Jeff Hodgins
Posts: 329
19
posted 2 years ago
If you look really closely at the pic above you can see a few small weeds. As shade increases weed decrease dramatically. It's awesome to see all the right species and the high density come together to create a truly permenent food forest (still minimal weeding). If I where to disperse canna edulis more thoroughly and harvest it often enough that it doesn't take over weeds would be controlled even further but we would get Les raspberries. As the canopy has thickened we have started to get less pears from the old pear trees and there are a lot less chayotes. The chayotes that do grow will be way later too because their just not getting enough light anymore. Eventually if overall production drops off too much I will take out more side branches to let the light in and to encourage the trees to reach for the sky. I never cut the central leader and I don't worry about not being able to pick the fruit way up in the air. I simply pick it up off the ground daily or I shake the tree if possible. The only trees I prune regularly are Mulberry and capulin cherry because it's nice to pick those right off the tree. By pruning cherry I mean coppicing we burn the wood for cooking and we make charcoal. I also cook food for the pigs so we use more than your average family. Pigs love the cooked stuff, they don't waist near as much.
IMG_20200705_101805136_HDR.jpg 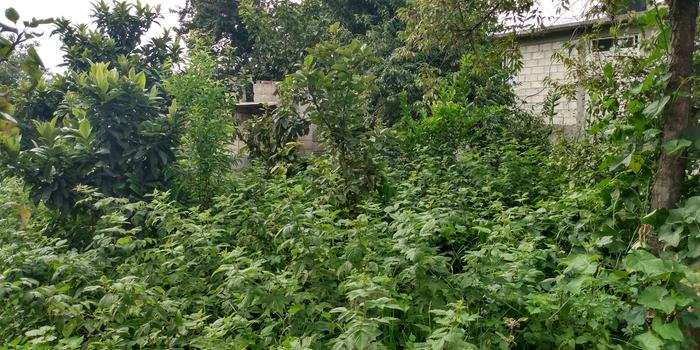 Jeff Hodgins
Posts: 329
19
posted 2 years ago
As you can tell from most of the pics the current understory consists of mostly raspberry. In the future I will probably plant more Canna edulis because it does better in full shade. The raspberries will be pushed ever outward toward the edges, although raspberry is pretty shade tolarant too. Oh and I also hope to inclued much more dioscorea japonica and maybe other dioscorea as they are also extremely shade tolarant.
IMG_20200705_102003398_HDR.jpg
Jeff Hodgins
Posts: 329
19
posted 2 years ago
Hi John. The climate here is actually cool because of the altitud (2000m). I was surprised when I first arrived. It's in a summer rainfall area with plenty of rain in summer but 6 or 7 months of drought in winter. The winter temperature can be anywhere from 26°C down to -4 at night and summer is usually 26 at mid day and around 15 at night. This year we where lucky to have no frost in winter.
Jeff Hodgins
Posts: 329
19
posted 10 months ago
So we added another 7 acres to the equation this year. I plan on keeping some of the new farm for Napier grass. Probably about half will be left with no trees. I hope to diversify the Napier area as well with legumes and fire tolerant or herbaceous plants the other area will be alley crop with about 10 m between  the tree rows. Even wider alleys might be better if we still want to be able to have corn in between after it reaches maturity. The way we prune it is minimal so they grow tall. Having wider alleys could mean having more room for Cana lilies and other shade loving plants closer to the trees. I am trying to keep the trees pruned away from the tractor into a narrow hedge kind of only very tall. Often when the tractor comes in spring there are a few more branches that I need to cut quickly before he knocks himself off the tractor with it or he has to go around or he has to stop the tractor and reach up with his machete and chop the branch I don't really like chopping them with the machete method for obvious reasons. Partially failed corn crop this year. Not enough nitrogen was applied. We tilled in the stocks and when you do that you need to add nitrogen because the woody materials absorb nitrogen as they start to decompose they do release it later on but it will be too late for the crop.
Jeff Hodgins
Posts: 329
19
posted 8 months ago
I realize now that I should have planted timber trees with the orchard at the same time. I would have cash flow much sooner . Last year we cut most of the trees right down and grafted them. I would not have chosen to cut the larger ones but I wasn't there.. so now I'm looking at waiting another 3 years before any substantial crop of pears or tejecotes. Lots of apricots are expected in the coming year.
IMG-20220105-WA0001.jpg 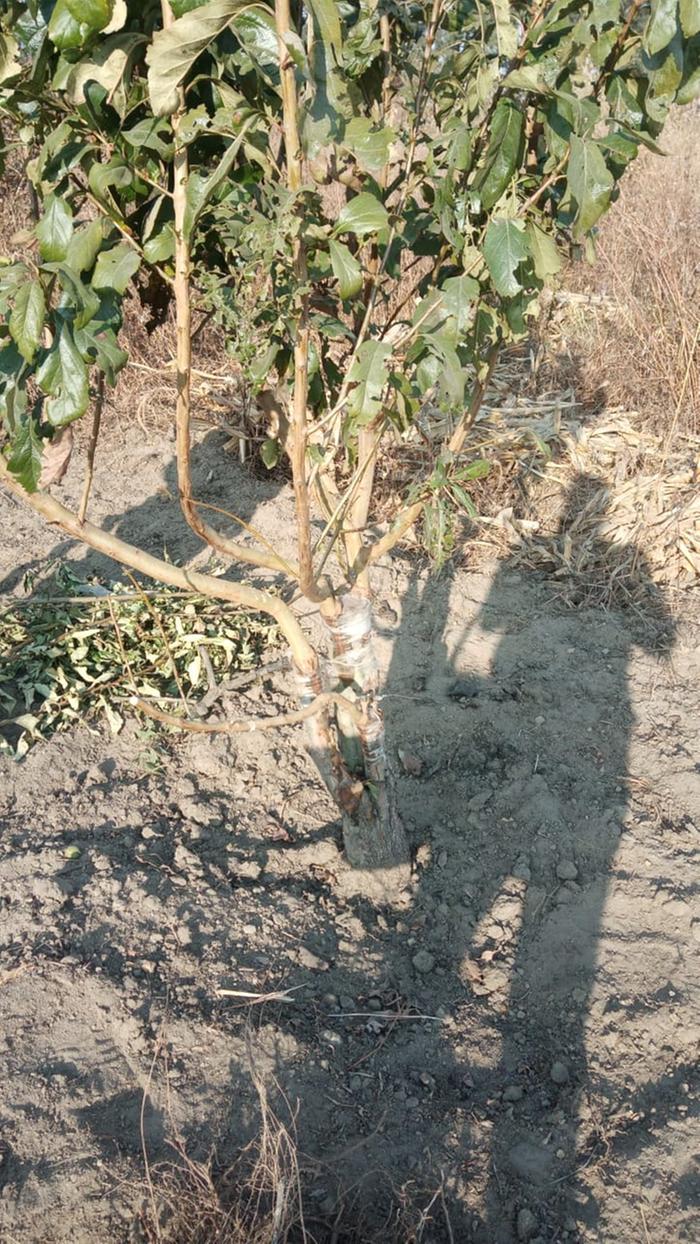 
Jeff Hodgins
Posts: 329
19
posted 1 month ago
Plants to integrate into annual cropping rows rather than tree rows or plants suitable for both.

Napier may not die out with normal tilling and could be too thick to cut with tractor discs. Napier could work if it were kept very small so one would maybe plant the Napier late in the season for some extra fall fodder then till it in. Nopal roots and stalks would most likely be soft enough for tractor to cut but it may still become an acceptable weed. Canna would also tend to persist if missed by harvesting but would not be problematic as a weed