Trophic Coherence - the math and pattern of ecosystem survival 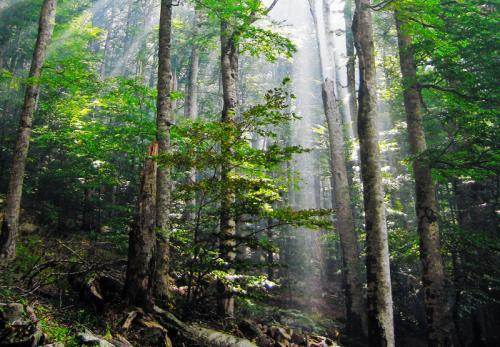 A previously unknown mathematical property has been found to be behind one of nature's greatest mysteries – how ecosystems survive.

Found in nature and common to all ecosystems the property, Trophic Coherence, is a measure of how plant and animal life interact within the food web of each ecosystem – providing scientists with the first ever mathematical understanding of their architecture and how food webs are able to grow larger while also becoming more stable.

posted 6 years ago
Cool article Burra, appreciate getting my brain moving this morning.
For anyone interested in a more in depth scientific paper on this you can read it here.

From what I gather, in a nutshell, A food web is laid out in linearish fashion, this chain of predator/ prey relationships represents the path that biomass will travel through the system.
"The trophic level of a species can be defined as the average trophic level of its prey plus one. "
Essentially trophic level is a measure of how far a species is from the sources of biomass in a system.
In the paper they say trophic distance is defined as the difference between the trophic level of predator and that of the prey. The mean of all the trophic distances in a system will always equal one, and the degree of homogeneity between these distances is what is referred to as a networks trophic coherence.

So for example they would lay out something like

The coherence of the system would depend on the variation of trophic levels between all the elements.