What to do with a patch of small pine trees

Patrickf Smith
Posts: 20
posted 5 years ago
I am moving onto some new land and there is a dense patch of small pine trees taking up about half an acre of my zone one. What can I do with them?
image.jpg 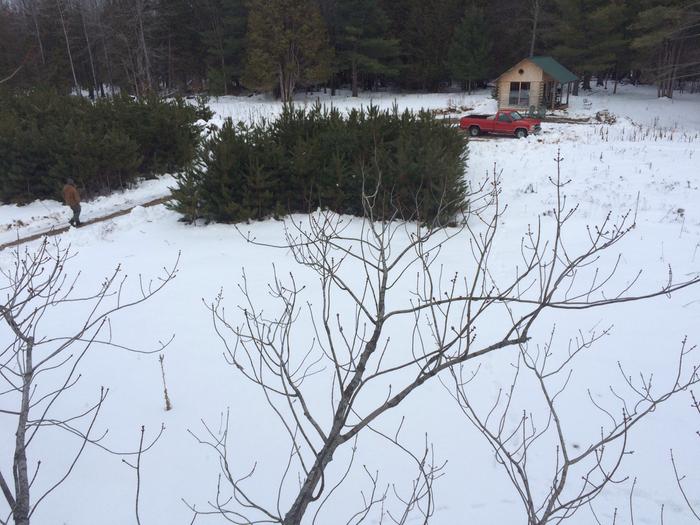 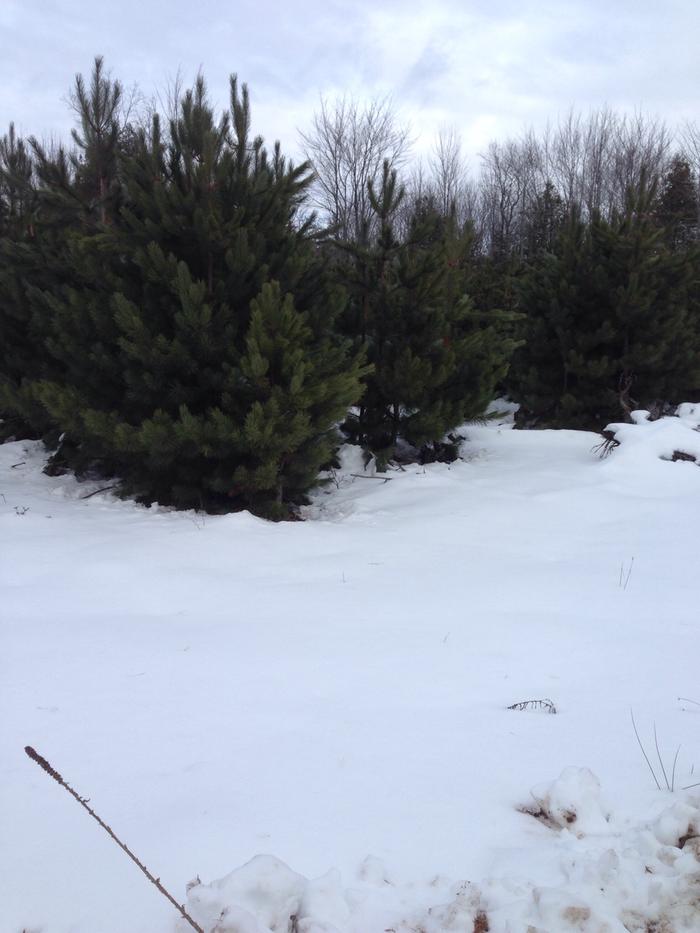 posted 5 years ago
Patrickf Smith : Not Much : With some careful pruning/ thinning and 15 -25 years You will have some roundwood posts/uprights . However- It is quite likely
that they were planted to be a wind break ! Pay attention to the smoke for your stove and wind blown windrows- long mounds oF drifted snow !

From the picture it is possible that the evergreens themselves are wind blown Volunteer trees drifting in from the left to the Right ! The trees appear to have
a little more height on the left side! Again your wind direction signs should clue you to their past history !

If they were planted as a wind break a previous owner may have saved you years of attempting to grow your own ! Good luck For the Good of the Craft .

Patrickf Smith
Posts: 20
posted 5 years ago
Thanks for the reply

There is a lot of much taller trees surrounding this otherwise open patch near the cabin. I would really like to be able to use the land, plus if I let keep growing it will shade most of the land that is open and I will be growing a garden there.

posted 5 years ago
Patrickf Smith : Damn if i know - There is a minimum amount of Range in sq.ft. that ether of these animals need, otherwise they will strip all the plants
they consider edible- Until all you have is a mud wallow

Every spring the Evergreen branches put out new growth, and some animals can eat the new growth but my knowledge is not species specific !

Also you may want to look at the free Geoff Lawton Permaculture videos for a little more background on the animal husbandry part of keeping ether of
these animals ! Good lucl and good hunting ! Big AL

Will Meginley
Posts: 141
Location: Campton, New Hampshire
9
I like...

posted 5 years ago
Where are you located? I'm gonna go out on a limb here and guess that you're in the western US somewhere and those are lodgepole pine (Pinus contorta) we're looking at. Assuming I'm right:

I agree with Al. If they weren't planted as a windbreak they were definitely cultivated as one. Lodgepole pine is a prolific wind-blown self-seeder after disturbance, so the fact that they're all clumped together there in the center of the clearing with nothing around the edges screams "management" of some kind. Windbreak makes the most sense as they aren't typically grown for Christmas trees. The remaining useful life of your windbreak will be pretty short, though. Relatively speaking, their leaves are photosynthetically inefficient, so the lower branches will begin to self-prune in a few years. I'm guessing 5 to 8. You could extend that windbreak functionality by planting some shrubs upwind of them to force the air up over the top of the canopy instead of allowing it to funnel through beneath.

It's a short-lived species. Very prone to insects and disease, especially if not thinned, and prone to wind throw if thinned. Fencing will be about your best use. Young lodgepole is great for making zig-zag fence, or jack-leg if you don't need something critter-proof. Except in some high elevation areas where lodgepole is the climax species they seldom grow large enough to make much mill-able timber. Squirrels and birds will eat the nuts but I don't know of anything that uses it as browse. I've never raised either animal but I HIGHLY doubt pigs would eat it. I have no idea for goats. I hear they'll eat just about anything that isn't nailed down, including old socks...

If it was my land, I'd leave them in place for now while I established a new windbreak in the area where that truck is parked. Then I'd mow them all down, lop and scatter or compost the branches, make fencing with the trunks, and expand the garden into the area where they were growing. For that matter: are you standing in the opposite tree line taking that first picture? If so, I'd seriously consider whether you even need a windbreak in such a narrow clearing.

I'm with you: that close to the house I'd rather be growing vegetables than fence posts, and that's about all you're likely to get from lodgepole.

Patrickf Smith
Posts: 20
posted 5 years ago
I'm in northern Michigan. I don't think I need a wind break. There is forest 50 yard past that truck and the picture is taken from a deer blind 15 feet up in a tree. There are much older and taller trees than these small pines surrounding this clearing on every side.
Will Meginley
Posts: 141
Location: Campton, New Hampshire
9
I like...

posted 5 years ago
Ok, so probably jack pine then. (Pinus banksiana) Closely related species that fills the same ecological niche, and has most of the same uses (or lack thereof). Harvest away.

Tyler Newton
Posts: 27
Location: Birmingham Alabama
posted 5 years ago
Thin pines and plant blueberries?
Mushrooms grown on logs dont need a lot of sun.
Peter Ellis
Posts: 1536
Location: Fennville MI
60
posted 5 years ago
On a bet, a previous owner planned on selling Christmas trees. Looks like they may have missed their harvest schedule though, as those look rather on the large side for that purpose now.

I would not try to clear the trees out with goats or pigs - but I might start looking for someone who would come around next November/December and take the lot for the Christmas tree market. Worst case, you don't find a buyer and you have to deal with them yourself. Best case, you get someone to pay you a bit to clear out a problem for you! When they finish cutting, you will still probably have all that space loaded with stumps and roots in the ground. I might think about innoculating the stumps with an edible fungus and liberally planting the area with some green manure mix, when it is just stumps and roots.

Then let the pigs into the space when the green manure is lush. They can convert it into pork and pig manure, probably loosen up a bunch of your stumps and generally help move the land toward being a better garden area.