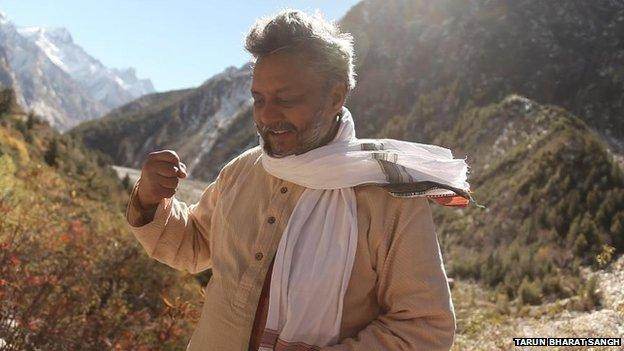 My son and I were lucky enough to meet this guy at Tamera three years ago. I'm not sure I've ever met anyone so full of life and fun, and it looks like he knows how to channel his energies into awesome projects that make a real difference to the world and the people who live in it.


An award known as "the Nobel Prize for water" has been given to an Indian campaigner who has brought water to 1,000 villages.

The judges of the Stockholm Water Prize say his methods have also prevented floods, restored soil and rivers, and brought back wildlife.

The prize-winner, Rajendra Singh, is dubbed "the Water Man of India".

The judges say his technique is cheap, simple, and that his ideas should be followed worldwide.

posted 5 years ago
A documentary by CNN on Sri Rajendra Singh aka Waterman, Chairman of Tarun Bharat Sangh, Alwar, Rajasthan.