I posted this aquaponic setup on my thread under Greening the desert, but thought that the aquaponic portion belongs here:

The owner and designer of this in door aquaponic has his kitchen, dining and sitting next to his growing area. If I were to do this inn the desert, it would be too hot to use greenhouse, but what about multiple of solatubes? If possible, I can have my vegetable garden indoor. The desert being super dry, some moisture in the room probably won't hurt. If the city allows well drilling, one can use a solar powered dump and just take enough water for some desert trees, and perhaps some fruit trees. 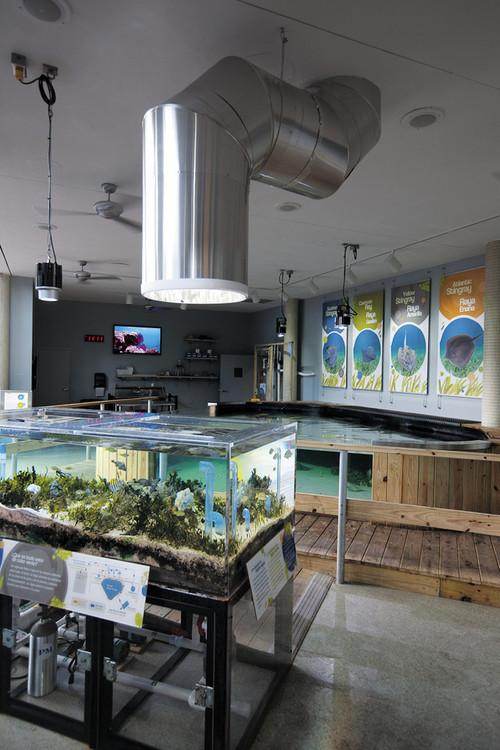 Alex Veidel
Posts: 129
Location: Elgin, IL
3
posted 5 years ago
It certainly is easy on the eyes!

posted 5 years ago
Again no advice, but it is awfully pretty!
Alex Veidel
Posts: 129
Location: Elgin, IL
3
posted 5 years ago
Oh, were you talking about a completely indoor system? I'm pretty sure solatubes won't cut it for growing plants. Mirror-like reflections make for insufficient plant lights if they are the sole source.

So in the desert, you will need to keep the water cool, and the direct sun off. Using wide eaves to keep the sun off during the hot part of the day, but delivering direct light in the winter, and the dawn / dusk would be useful.

Also having a double roof where air is free to flow between and move the heat out (like a double roof) reduces the internal heat a lot: 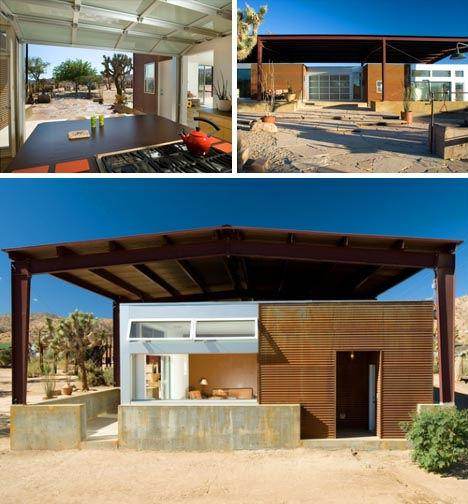 A reflective ceiling would also distribute ambient light more efficiently throughout the environment as it comes through the windows and reflects off the floor. Or use a translucent inner roof.

Also increasing the size of the pool, and have a decent portion of it underground, even under the floor. The fish like darker water anyway. If you're using deep grow beds like in the pictures, then have them deeper than normal so there is more thermal mass, and thermally couple it to the ground.

posted 5 years ago
Wow, that looks amazing! I am thinking about building an aquaponics greenhouse too. I would like to grow some tropical fruit plants here in zone 4, so I would need to do it in a greenhouse. But, it gets over 100ºF for several days each summer, hot and dry. I would need to have it set up so that it does not over heat. I would like to build it right up against the house, and vent a Rocket Mass Heater into it during the winter. I figure that the greenhouse will keep the house warmer in the winter. But, how to keep it from heating the house in the summer? I was thinking about using Polycarbonate for the roof, and twin wall translucent plastic sheets for the ceiling, using 2x wood framing for the roof. Would it work to have the eaves and top of the roof closed in the winter, to form a dead air space, and then open in the summer to work as cooling vents? I want the walls to have the same construction as the roof. So would it work better to have the gaps between the studs of the walls open to the gaps between the studs on the roof, so that the vents would cool the walls as well as the roof? Would it work better to put a black stripe at the top of the roof, to make the vent work as a thermal chimney? The greenhouse would only be about 10 feet by 24 feet. I want to do a fish pond about 4 feet into the ground, would that work like a heat-sink in the summer?

Carbon is the currency of life. Nature eats my "carbon footprint" for breakfast!