posted 5 years ago
I've not paid for cable in about 2 years and only had access to it last year thanks to staying at a friend's for a while. Even then, they didn't have all that many channels and I didn't spend a lot of time watching it. Recently, I have a day job where I am doing home health care. This job means I spend a lot of time sitting between things that need done and am left to try reading a book (surprisingly hard when the clients are prone to interrupting when they think I am doing something with a book) or I can watch the television. 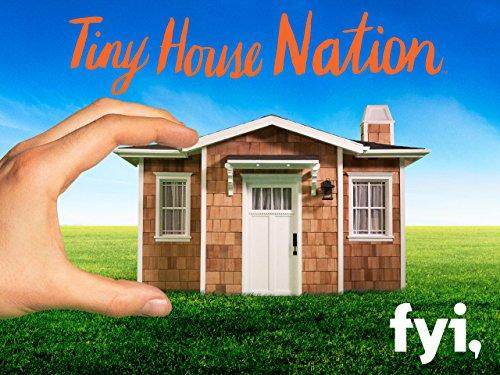 I still try to read the books anyway, but sometimes it just isn't an option and I am left to watch the television. On one such occasion, I was flipping through stations and found a network I was unfamiliar with called FYI. The show they had on was a marathon of something called Tiny Home Nation. The premise seemed to be that they take people who wouldn't normally manage to have a tiny home that still wanted one and gave them a custom tiny home tailored to their wants and needs.

While I found some of the recipients were a bit of a bad fit for tiny home living, what did catch my eye was a lot of the ways they were creating very unique solutions to the needs of the clients. Among the more interesting included a recording booth in one and a complex quilting table that folded down compactly in another. Unfortunately I have only rarely been free in the house at times when it is playing and several of those moments had the client using the television to watch something else. The up side is that I did find them online and they seem to have quite a few episodes on the FYI website.

I'm curious what others think of the show and if they've gotten any really good ideas while watching it. Directed at Dan Louche, what are your thoughts on their methods and designs (assuming you've seen the show)?

Dan Louche
author
Posts: 8
posted 5 years ago
I'm a little embarrassed to say it, but I have yet to see a full episode (I haven't had cable for a long time as well, but I feel like I should be watching this show). My dad on the other hand has watched it and told about it. From what I understand they don't really go into any detail on building. It's basically more about steps to simplify and tiny house design. He said it can be entertaining but like all TV much of it is fake. For instance he said in one episode they built a house in about 7 days which is very unrealistic.