Hi all, need some advice about restoring/planting some overgrown land.

James Burke
Posts: 3
Location: Tokyo
posted 5 years ago
So, I am about to move into a new place and in the back there's a plot of land around 5000 square feet (40x11 meters, roughly)

The problem is, it has been left for a few years and has become overgrown. You can see in the photos what it looks like now, and what it looked like in the past.

My challenge is that I have only hand tools available, no mowing equipment besides a line-trimmer.

What would be your advice to getting this land back under control and suitable for planting again?

Should I cut everything down and burn it? Or cut it down and leave it on the ground as a mulch over winter? There's not much snow in winter here, if it snows at all.

Should the soil be shoveled up or should I do like Sepp Holzer does and just leave the green manure to rot down over the winter? 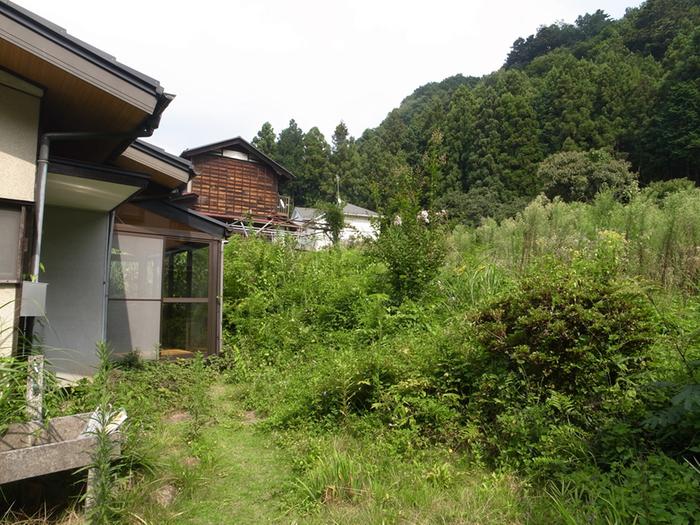 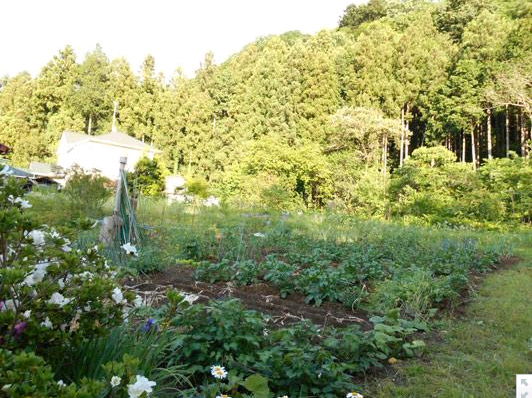 I think that the first step of any permaculture project aught to be careful observation of what is already there and how the various components interact with each other. That might take an entire year. I might start right away by mowing pathways around the buildings...

James Burke
Posts: 3
Location: Tokyo
posted 5 years ago
Thanks for the reply.

I guess I should have specified what I want to do with this land in the original post.

I would like to get this land producing for me as quickly as possible. I want to grow a wide variety of vegetables, lots of tomatoes, cucumbers, zucchini, peppers & chili's, beans, corn etc.

Identifying the plants has proven to be a bit difficult because nobody around the area remembers what was planted there originally, and there is a major information vacuum in Japan about gardening, people just don't seem to know nor care.
From what I can see there are some plants which seem to indicate high nitrogen in the soil in certain spots, but besides that I'm not sure.

Waiting a year to see the natural cycle of things is unfortunately a luxury I don't have, I would like to get this land producing food for my table as quickly as possible, and the land needs to be brought into a relatively presentable state. At the moment it's turning into a jungle and is becoming a nuisance to the surrounding houses due to the wildlife coming from it. Part of the rental agreement I signed is to make sure it doesn't stay like that, permaculture is OK but it can't be a wilderness reserve.

The current state of the land is as shown in the first picture. The second picture was taken many years ago. It does not look like that now. The current plants growing on the land are completely wild and I can only identify a few of them, but they seem to be mostly weeds. That's my big concern. What is the best way to get control of these and get vegetables and herbs growing as quickly as possible?
G Freden
pollinator
Posts: 562
Location: West Yorkshire, UK
151
posted 5 years ago
Hi James, and welcome!

I personally would chop/mow down where I wanted my beds, and sheet mulch over that--leaving the clippings as part of the sheet mulch. We're coming to the end of the main growing season, but you may be able to plant/sow winter vegetables still, depending on your climate (I'm about to plant out cabbages and garlic here in Britain), or even some quick growing crops like salad leaves and radishes.

If I was unable to plant now, I would still sheet mulch, and keep it covered in mulch until planting time in the spring; that would keep the weeds from re-germinating, while also maintaining soil fertility.

posted 5 years ago
I second the sheet mulch suggestion! I wouldn't even bother mowing anything except for the really woody stemmed plants down. Just push it over flat, lay down your cardboard or newsprint layer and start loading up the compostables! It's not too large of an area so you wouldn't require an enormous amount of material or labor. Sheet mulching is pretty easy and straitforward, but if you're not familiar here's a link to a simple infographic showing how to construct your sheet mulch beds:
http://traditionalcatholichomestead.com/2015/05/25/sheet-mulch-garden-fertility-by-the-numbers/

James Burke wrote: just leave the green manure to rot down over the winter?

you may be able to plant/sow winter vegetables still, depending on your climate (I'm about to plant out cabbages and garlic here in Britain), or even some quick growing crops like salad leaves and radishes.

Planting daikon and mustard now to continually harvest over the winter will do a good job of conditioning the soil. Daikon for tilling and loosening the soil, and mustard for killing off soil pathogens. Then in the spring it will be all ready for those summer veggies you listed.