what is this fruit tree? 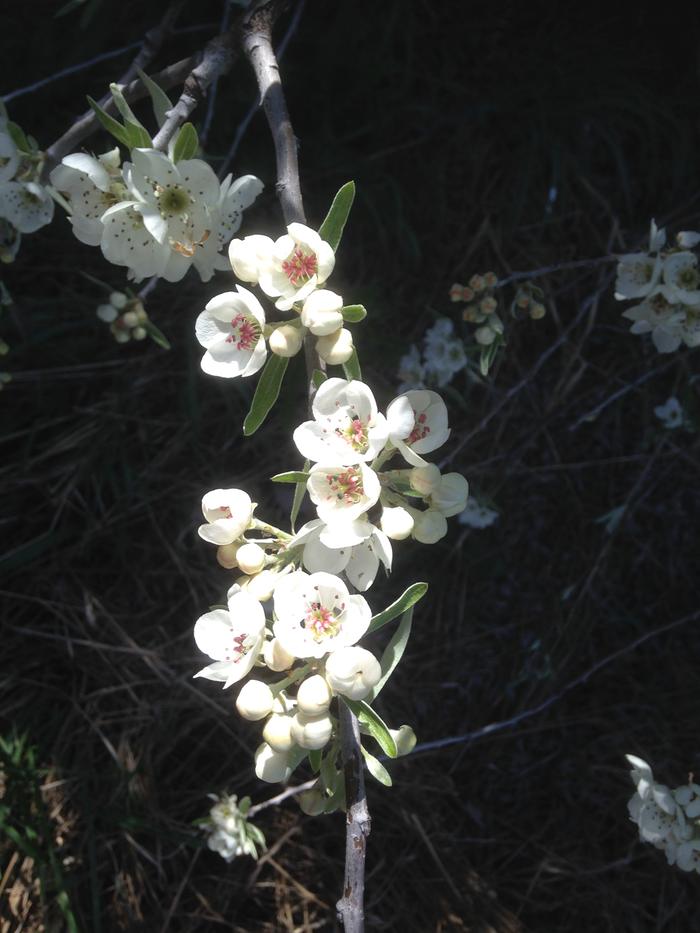 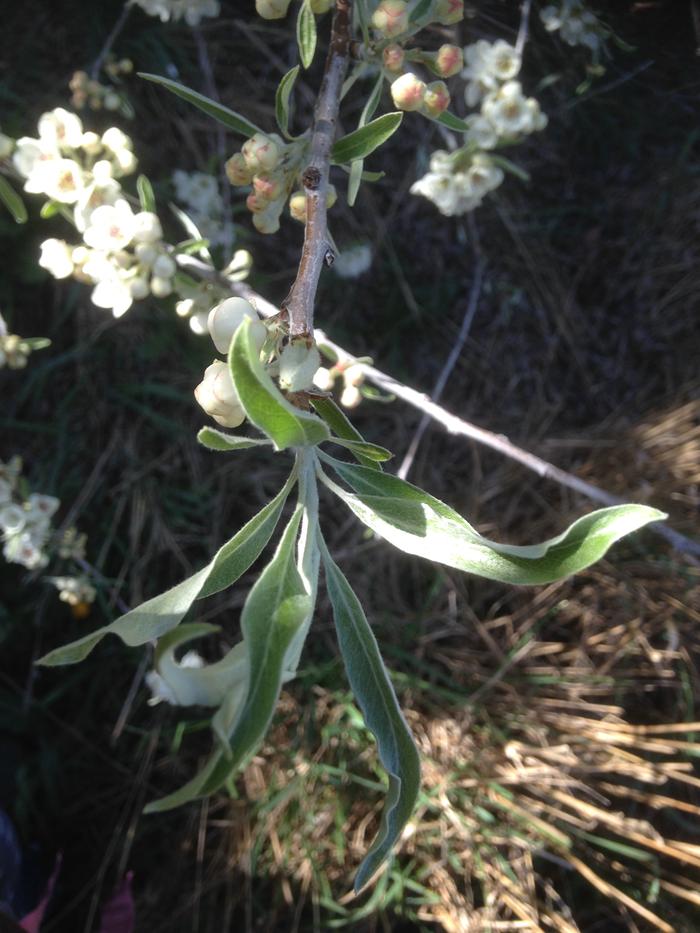 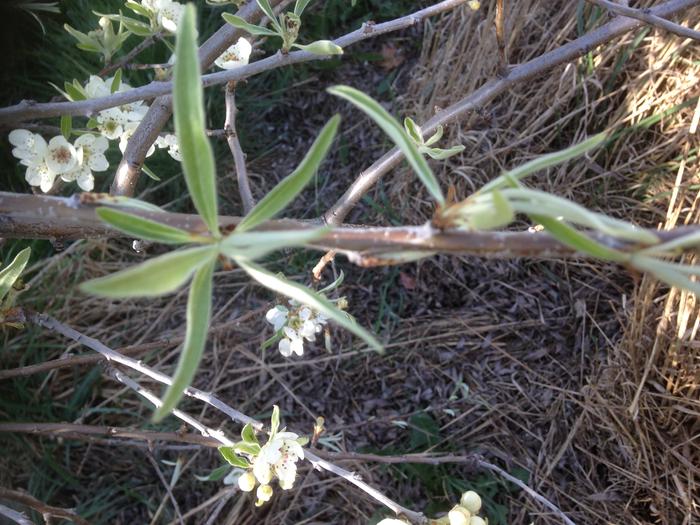 Your flower has lead me on a wonderful search this morning. First I did a Google of
your image. Then I found a few similar flower and leaf styles. Here is the Google
search "Roses Image"

The Manuka bush from New Zealand, known as the Jelly tree in Australia, has healing attributes way higher than the Australian Tea Tree.

Of course than that made me Google "Australia Jelly Tree" which has no resemblance to your
picture but made me read up on the healing properties of the honey created from this plant.
Australian Jelly Tree

This article about the Jelly Bush Honey was very informative on a number of items,
such as the bee keepers propagation of strong plant varieties, mixing in other protein rich
plants(the Jelly Bush is low protein) to keep the bees strength up.


To aid his production, Alistair has created a plantation of jelly bush shrubs on his own heathland at Broadwater.

By observing which plants flowered strongest, and which attracted the most bees, Alistair returned later and harvested their seed.

He arranged for the Forestry Corporation of NSW's Grafton nursery to propagate them before transplanting the 2000 or so seedlings behind his house.

He irrigates them in the dry and has enhanced the orchard with flowering varieties of grevillea, callistemon and melaleuca which provide vital protein-rich pollen for the worker bees while they slave away on the lean jelly bush.

Protein levels in pollen really do make a difference, and Alistair says worker bees that feed on flowers with

And beekeepers can tell when bees have lots of protein on board because they sting like crazy.

Canola, for example, is rich in protein and really builds up a hive, but a word of warning to the careless
bee handler who can receive up to a hundred stings in a day, if they are not careful.

I don't know Rose if my search did anything for locating your answer, but it sure educated me
on how ignorant I am on a bunch of things. And it provided a pleasant distraction. Who would
have thought of using people such as a nursery to propagate seeds that you had harvested?
It makes sense though, they are already in the business of growing things, they are always
there and for a few dollars you may take away the hassle of things.
Seems like this might be an interesting business for heirloom seeds, plus to keep the genetic
pool of the plants rich and diversified, the person or cooperative doing this could make sure
the plants are mixed with others people and places to strengthen the breeds.

And have you ever heard of using honey for rooting cuttings?

Cluster of flowers is very similar in structure to hawthorn (multiple flowers and leaves coming form the same point). On a warmer day they also smelt like hawthorn flowers. Not thorns on the tree though.


Mike, definitely not manuka/tea tree or related species (those I know well). But amazingly I did find the tree in your first images link.

Pyrus salicifolia. Makes sense of the narrow leaves (salicifolia), and its resemblance to hawthorn.Will check the flower structure later but pretty sure this is it. https://en.wikipedia.org/wiki/Pyrus_salicifolia

Not an edible variety unfortunately.

posted 5 years ago
It could be Asian Pear (Pyrus pyrifolia)