posted 4 years ago
I went to the market in Castelo Branco this morning, and plucked up the courage to take some photos of the stalls selling beans.

These are Feijao Lindinho - I think that means 'pretty beans'. 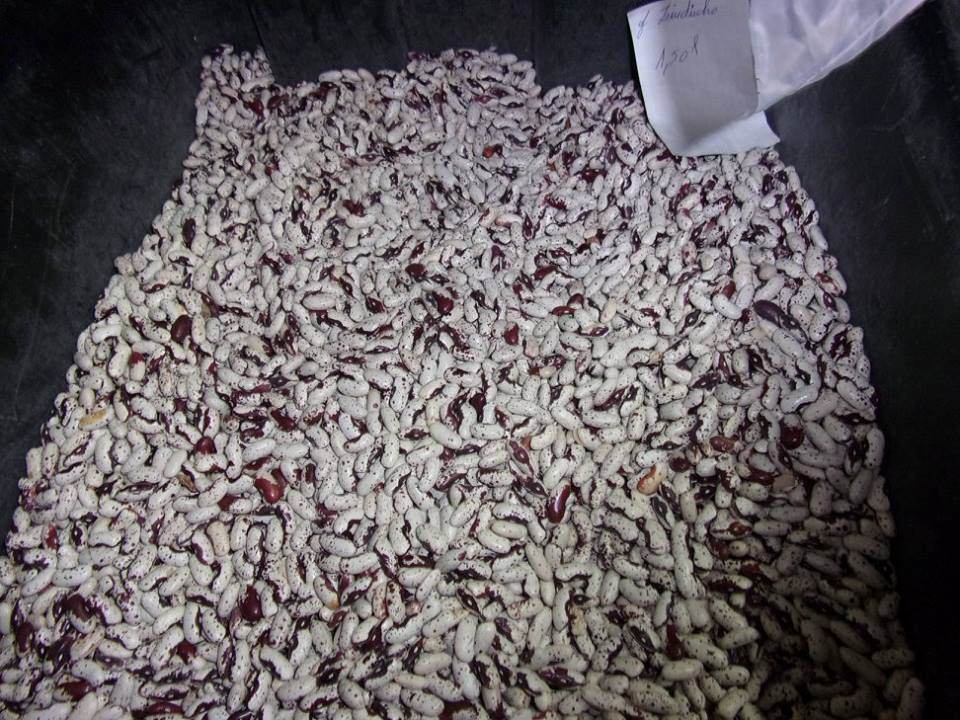 I have to admit, they are rather pretty... 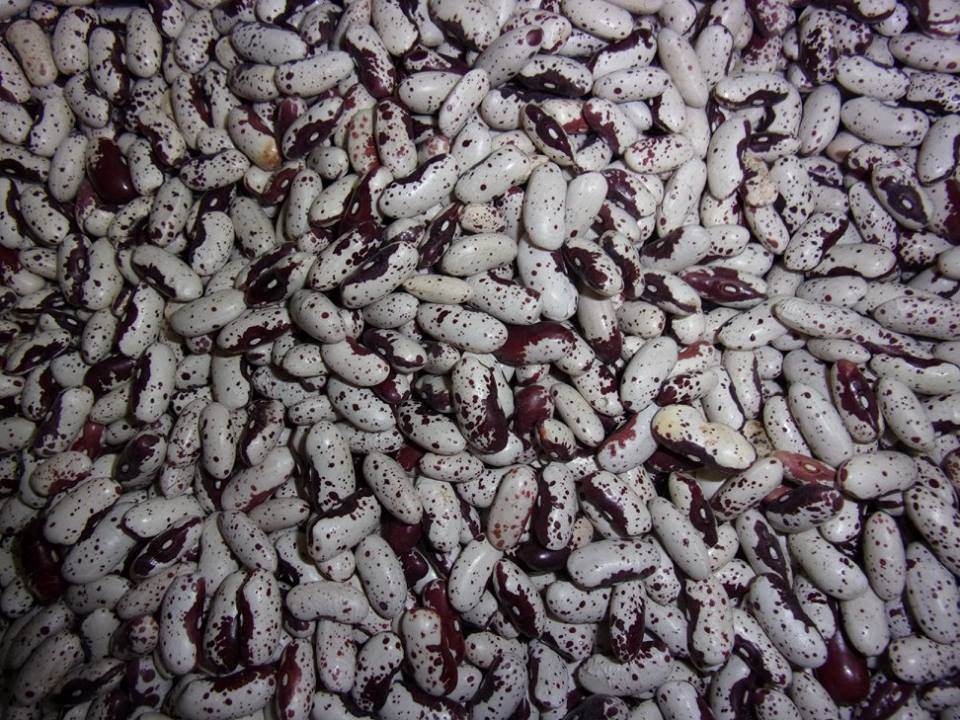 But then, the catarino beans are rather pretty too. 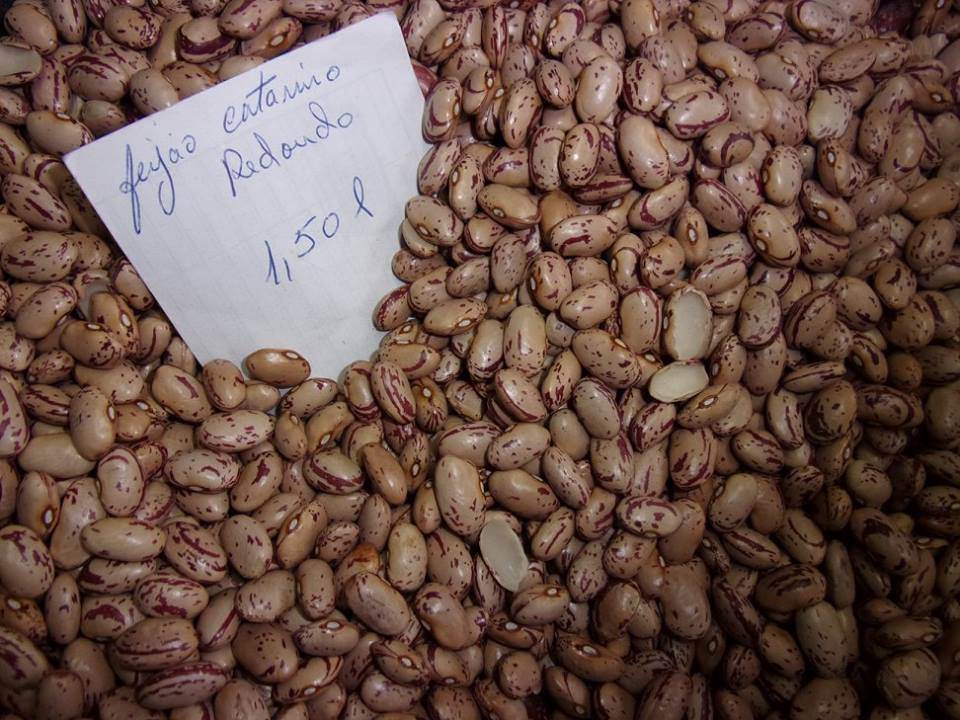 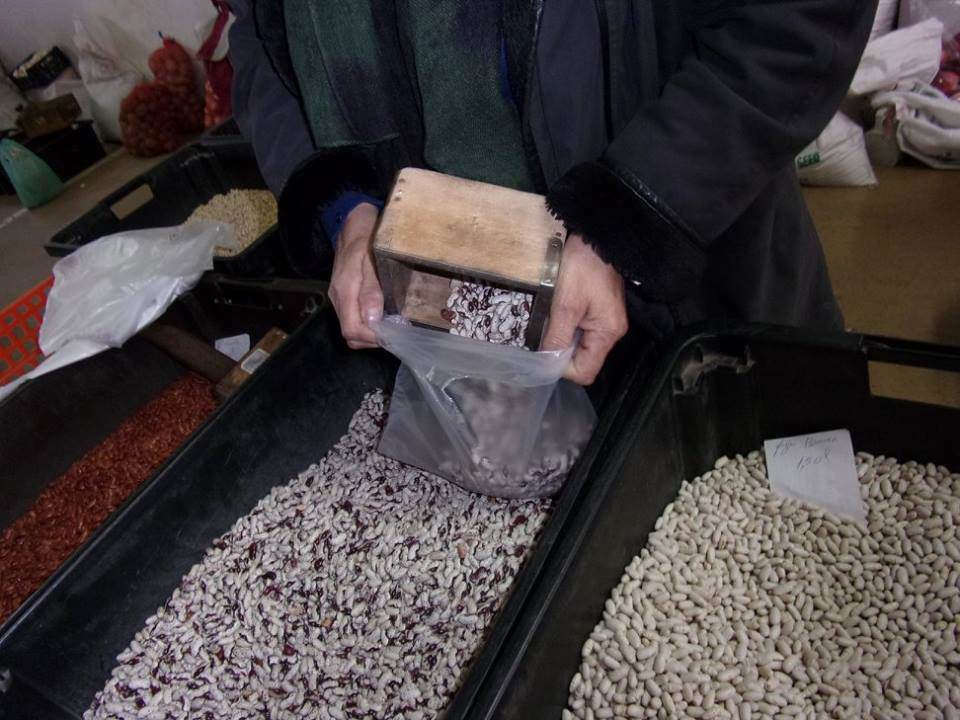 There's plenty of variety here. I think I should choose some more. Maybe something completely different instead of just a different pretty colour... 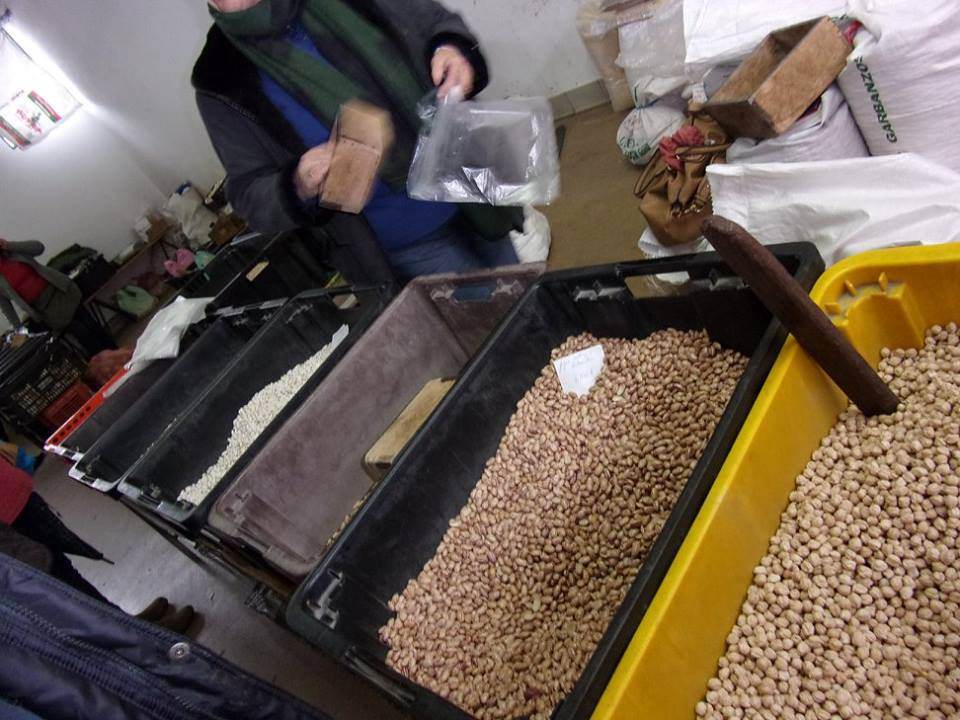 Some chick peas, I think, to make hummus. 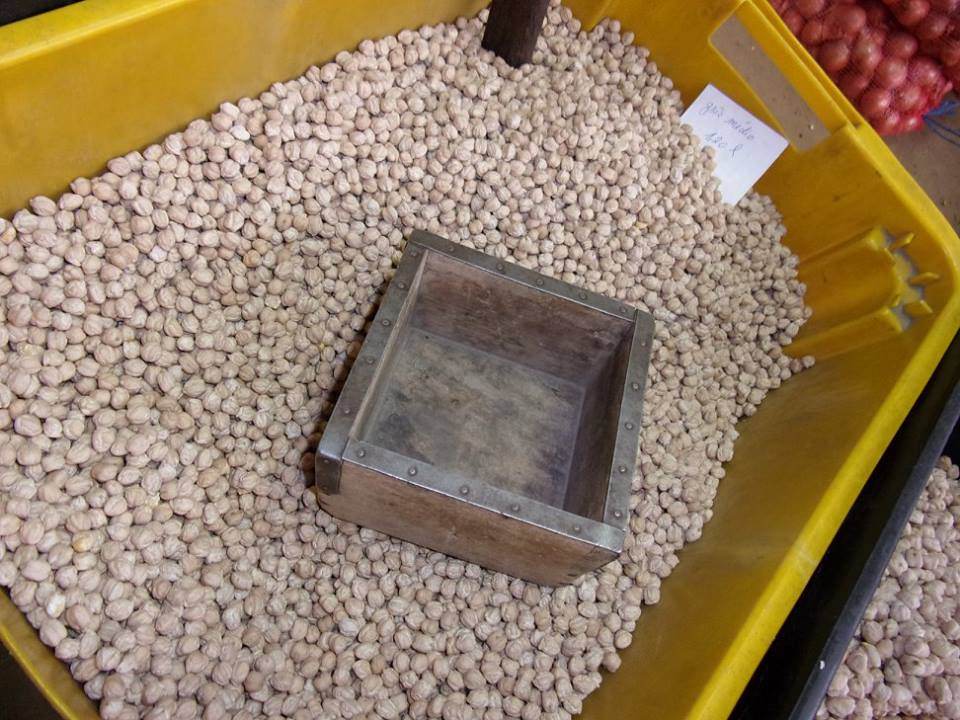 They are measured in those boxes, and the stick at the back is used to level the contents out. It's rather a quaint system, but very simple and effective.

When I got home, I weighed the beans. It seems that, for my beans at least, a litre is a touch under 800 grams, ie less than a kg, if anyone wants to do price comparisons. Price wise, that makes them very similar to the beans in the shops, but the market has a much better choice of varieties. I like to think that they are all local landraces, but I'm really not certain.

I might go back again next week and photograph a load more, and buy up some samples. Last week they had all the boxes stacked inside each other, looking very artistic. I missed that this week as they were all already out in the boxes of beans. I'm afraid I'm very self-conscious and feel very awkward digging the camera out, but I guess I should just get over it and record this things while they still exist. And sample all those beans and try growing them out, too.

posted 4 years ago
Why I like this forum.... If it's cold and dreary I can always just take a stroll through the village streets with Sra. Muluca.
Kind of Jacob's Cattle? We used to get a bean like that in south Louisiana, they just called it a spotted kidney bean. More importantly, how did you cook them?

Eric Thomas wrote:Why I like this forum.... If it's cold and dreary I can always just take a stroll through the village streets with Sra. Muluca.

Hehehe - glad to be of service!


Kind of Jacob's Cattle? We used to get a bean like that in south Louisiana, they just called it a spotted kidney bean.

I guess they must be related, but I'm not even sure where to start trying to figure out the relationships. The obvious guess is that these are the parent stock that went out to the Americas hundreds of years ago. But I have no idea how accurate that guess is or how to verify it. My son and I have arranged to go in next week armed with the camera to try to record everything we can and then start piecing together relationships, gathering whatever information I can, collecting samples and growing them out to try to figure out exactly what species each of them are.

Should keep me busy for a while...


More importantly, how did you cook them?

I cooked up the chick peas (which interestingly are labelled 'garbanzo' on one of the sacks in the background of the photo, even though the Portuguese name is grao) the same way as usual - soak for a few hours, then leave them in the slow cooker. I have a few pretty beans soaking but haven't cooked the yet. I guess I'll do them the same way as usual. I might even remember to take photos to record any changes in colour.

Wikipedia seems to think that caterino beans are the same as pinto beans. They are very popular here and easy to find in the shops, but it seems that all the little shops that used to sell all the different kinds of local beans are disappearing fast so I want to record everything before it's too late.

posted 4 years ago
OK, so it seems that my assumption that Feijao Lindinho might be the ancestor of Jacob's Cattle beans was completely the wrong way around. It's far more likely that they originated over the pond in the US and worked their way over to Portugal.

I've been trying to untangle some of the bean-family-tree.

This is the only reasonably easy to understand diagram I managed to find, though it's not exactly comprehensive.

I found that here.

Pisum sativum - pea, from Europe and Near East

Lens culinaris - lentil, from the Mediterranean

There seem to be a few others too, but these are the common ones.

The common names are, I suspect, going to get confusing, but I'll de-tangle as best I can. I'm using a copy of Roger Philips book about Vegetables as my guide as he does seem to attempt to be fairly complete and accurate, unlike most books which tend to describe vegetables by their use rather than their families.

I'm rather fascinated by the tepary bean - I'd never really encountered it before and it seems like it might be a good sort to grow here. I intend to photograph, and possibly sample, all the beans I can find in the next market, and attempt to identify which species they all are.