Pier luc Bolduc
Posts: 8
posted 5 years ago
Hi everyone im just putting this here as a blank slate to see what would people do on that land (i am excluding the one year observation for this excercise)

A bit of background info

Surrounded by farming land mainly corn and soy
Clay soil
Zone 5
We are looking to get chickens, a few goats, few pigs (2 or 3 at most) and few rabbits.
Veggie garden and food forest in the process of being design and figured out.

Also need to mention i am not looking for someone to design the whole thing but id like to see what people come up with, we already have a vey good idea of what we are doing and where but if i get one or two good ideas out of this post it will be worth it!!
image.jpg 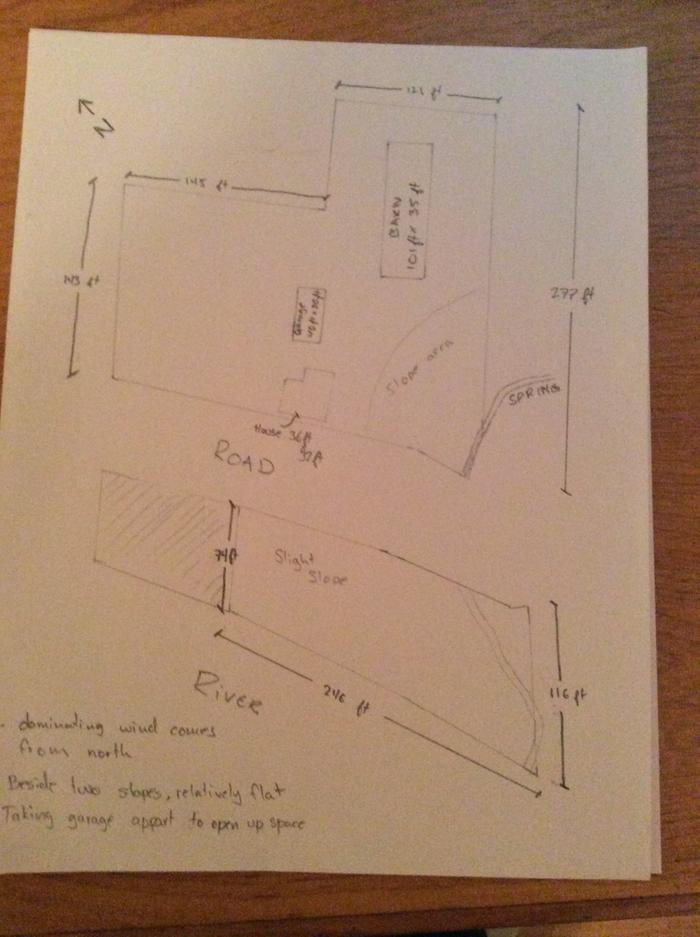 If you are surrounded by corn and soy, might GMO pollen be a possibility? If so, you might want to know that popcorn varieties are pollen-incompatible with the dent corns that are mostly grown in a commodity scale and often have GMO contamination. You can grow popcorn without worrying about crossing with any sweet, flint, flour, or dent corn, if that is an issue.

The fact that people are growing corn and beans commercially must mean they do well there, and it is nice to have some annual polycultures to get a yield the first year, so I'd think about a three sisters-style polyculture with corn, beans and squash. I have successfully used amaranth and sunflowers instead of corn for the tall grain-bearing element. Other things I've used in this polyculture are okra, cilantro, and basil, with kale and collards later on.
Bountiful Gardens Seeds has a really great selection of grain amaranths, as well collections for three and four-sisters gardens. My suggestion would be to have clumps of corn/amaranth/sunflowers at 24" spacings with beans growing up them, and squash in hugel beds at the corners of the bed, or in a long hugel bed along the back or sides. Beware putting the squash too close to the corn--vining varieties wiill pull the corn down if they climb it...you want them to spread on the ground between islands of corn and beans. When the squash was done with its main growth and just finishing maturing the winter squashes, I transplanted in kale and collards starts. They appreciated a bit of shade at first (august) and then expanded as the squash died down. Eventually the dead squash vines were like a mulch between kale/collard plants and the dead corn was the basis of a new hugel bed....