Douglas Crouch
Posts: 133
28
posted 5 years ago
I hope this article on pattern based application usage of animals can help dispel some of the reasons why there is the divide between those who eat or don't eat animals. Yet i suppose divide and conquer is what they want so i hope this article can be read through its entirety and taken into the context of my background, my biography, and my perspective. Enjoy the read.
https://treeyopermacultureedu.wordpress.com/chapter-8-soils/animal-rotation-and-tractoring/ 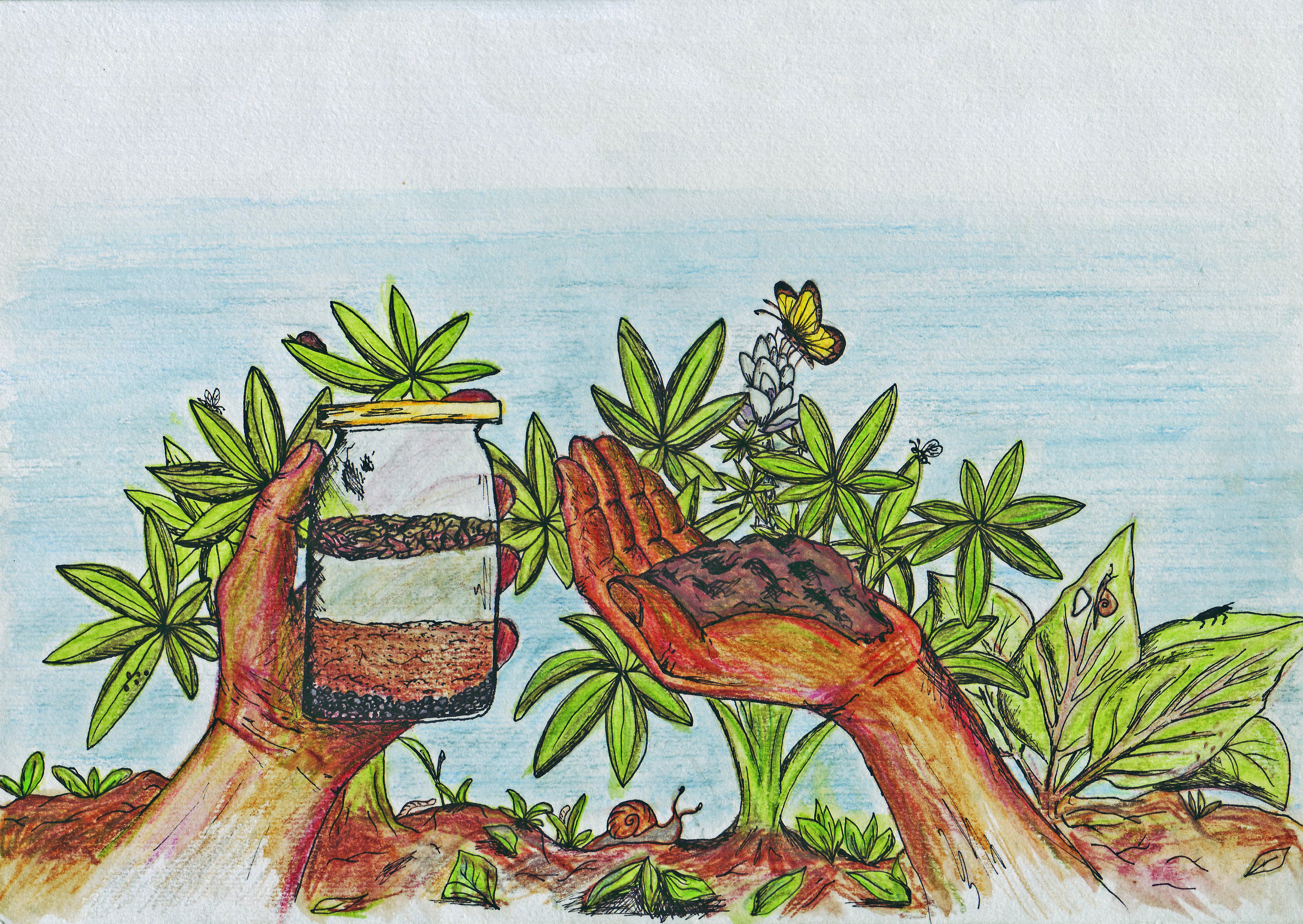 Excerpt:
The foundation of Permaculture is to observe the patterns and rhythms of Nature, which are partially, yet eloquently, laid out in Mollison’s approach to the Permaculture principles. These space and time patterns are quite universal in their applications and also apply to the realm of animals, both domestic and wildlife. This is especially true in their relationship to promoting soil health and a vibrant and diverse soil food web. Thus it is important to understand the role of wildlife in our native ecosystems and apply that pattern to our cultivated ecologies known as a Permaculture landscape. What kind of bird life, mammals, marsupials, reptiles, amphibians, and insects are there now and importantly what once proliferated there before the augmentation of the landscape from colonisation and its offspring known as monoculture? This rational worldview produced catastrophic results in many ways including killing native wildlife habitat and the creatures themselves for whatever crop came next; suburbs, corn or soy fields, or even non-holistic animal systems. My point is, and I use a quote to justify it, is that “Nature never farms without animals”, Sir Albert Howard said. He is regarded as the father of organic farming in many people’s eyes and echoes this tremendous pattern recognition through a very simple quote. For a deeper look into that sort of philosophy look no farther than Aldo Leopold, the father of game management, who is one of the philosophical background leaders of the formation of Permaculture. His very influential book, A Sand County Almanac, features a short essay I highly recommend called Thinking Like a Mountain for further explanation. The modern day film How Wolves Change Rivers is a reflection of what Leopold was asserting in this seminal text. It shows how when an ecology has most or all of its players, and most importantly a well balanced predator/ prey interaction, behaviors change actually for the benefit of the environment. Leopold came to his realizations, much like Allan Savory of Holistic Management, through desecrating wildlife populations in a very Cartesian and rational way. Yet they came to the same point essentially, pattern recognition that bunching animals are healthy for an ecosystem. While there will be readers who are already irritated by my assumption of utilizing animals in the landscape for beneficial reasons, it must be taken back to the original point, what wildlife was present before the burning and the looting occurred? How did these animal interactions influence the soil, which is an important reason to look back especially in the context of Sir Albert Howard?

With that, we have to look at what level of succession is occurring within the habitat realm to understand how and why to work with animals. Remember that the expression of plants above ground is a representation of the soil food web below. So ask is it an old growth forest, is it brambly pasture going to forest scrub, is it a wetlands turning to prairie? Where are we and where do we want to go? What creatures utilize these habitats and how do they solidify their niche? For example, in the eastern deciduous forest of North America, especially as you move south, Wild Turkey once proliferated in very abundant numbers. They were part of the burning and looting of colonialism and much of their habitat has been lost. It’s a ground nesting bird that relies on a mixed diet of insects, forbs and grasses, and even nuts in the fall. So if you are managing a forest how can you augment the ecosystem to have these niches filled? What was their role in promoting soil fertility? The point is that if you are trying to rebuild a forest, there is a great habitat for ground nesting birds. Thus chickens can be a great replacement for them and stocked in numbers that can have a beneficial interplay with the land. They will feed on many similar foods but not so much the nut resource which is ok in a regenerating forest where this mast crop will be a longer term yield. However chickens can be utilized in free range or in a rotational grazing like pattern within chicken tractors. This means their manures will either be broadcasted around in the scatter pattern or more densely concentrated within their moveable chicken coop. This can be a seasonal rhythm rather than saying its one or another. Their manures are rich in phosphorous and nitrogen, both beneficial plant nutrients. We need not the bag of synthetic fertilizer when we branch this gap of animal interaction. Yes, building fertility can be done with no animal residues but there is no such thing as vegan permaculture and no animal residues because the wild birds also manure for example. I don’t say this to pick on that crowd, I just point it out like Mark Shepard does in his amazing read Restoration Agriculture. Trained originally in Fish and Wildlife Management and my true passion, I got into Permaculture because it was forestry, agriculture, and non natural building that is the main destroyer of habitat and the cascading effect of killing wildlife and fisheries. So when you eat organic brown rice from a hip coop in the nice part of town, believe me, it is not vegan. The microbes that died in the process, the animals that were displaced and killed, and the monoculture that it was grown in, disqualify it from being called vegan in my soapbox opinion (i.e. orangoutang and palm oil). This article is not meant to spark the vegan, vegetarian, animal eating debate, its to express a pattern, chapter 4 of the Designers Manual. It’s to remember that the power of a cow makes it sacred in one religion, from its healing powers to its functions in buildings, to its fermentation in its stomach. One must draw from a questions that comes from insight now, what is a cow? It is not simply a mammal, that is a rational, dualistic, Cartesian perspective. This viewpoint is what allows the grazing manager to inject an animal with a slurry of chemicals and lace its food with genetic alterations, synthetic fertilizers, and steroids. Naturally, grass is eaten and goes into an amazing evolutionary accomplishment known as the gut of a cow. What comes out is nothing short of alchemical! It is a symbiotic relationship with bacteria and protozoa (two other life kingdoms) that allows this to happen, so is a cow really just a cow as you see it today? Is it really a mammal or has it just been put into this nice little box so our rational minds can categorize it and form a category to place it? Furthermore, they are seed spreaders like the wind or birds and their hooves act as taxi cabs for fungus spores as well! So hard to place them once you see the magic of patterns not linear models. I have even seen mountain cows used in steep landscapes in Portugal to do fire prevention in Portugal through rotational grazing. As they graze through the understory of Eucalyptus monocultures on nitrogen fixing shrubs mainly, they knock the constant shedding of organic material by the Eucalyptus to the ground. There they step on it, chip it, manure it and urinate on it to balance the carbon to nitrogen ratio. They reseed the biology that was lost through the spraying to install the monoculture and add another layer to the food forest so to speak. So cows are the problem right? No the management in a linear model focused on extraction is the problem. The cow itself is a magical creature, how we use them in the landscape is the problem, it’s what destroys soil and wrecks the hydrological soil, not the animal itself. So please, when you look at a cow next, see if you can see the creature itself, the alchemist turning lead into gold, or in this case, green grass into black gold, humus.

It has always perplexed me that the invaders did not understand that the reason they were not getting enough food in the old country was because their methods were terribly flawed and counter productive since these methods only killed off the very things they depended on for food.

The Nations never had these problems, we were nomadic and this allowed for the human population to not stagnate in one location, which allowed the earth mother to rejuvenate the land and the animals.
Only the white eyes see the world as being here for their exclusive use, it has only been discovered by these folks lately that they are the destroyers of the very planet they live on.
Yet they mostly think they are intelligent, this is a conundrum how can you think you are intelligent when you destroy the very thing that keeps you alive?
How can you say something is good and necessary when all it does is create what looks like food but has almost no nutritional value?

Eventually earth mother will strike down those who endanger her existence, it is usually called an extinction. Let us hope that man has not fully shown her that it is time for humans to disappear.

Eventually earth mother will strike down those who endanger her existence, it is usually called an extinction. Let us hope that man has not fully shown her that it is time for humans to disappear.

If Mother Nature does decide it is time for humans to go, I couldn't disagree with her. Looking at what people are doing to the planet makes me think it's time for a Great Purge. I don't think there are enough people that care to stop this in time. When I was much younger, I read what some of the great Chiefs of different tribes said, and I was shocked that they knew what fate was coming for the tribes, but they didn't yell or scream or gnash their teeth or proclaim to the Gods that it was unfair. I didn't understand it then, but I do now. Rather than the Natives facing it alone, the whole human race is facing it now. I think it may be best for the planet.

Todd Parr wrote: I think it may be best for the planet.

Some people think humans are needed to repair the damage some humans did.

Todd Parr
pollinator
Posts: 1793
Location: Wisconsin, zone 4
96
posted 4 years ago
I think people certainly have the capacity to heal the earth. I'm just not sure enough people will care enough in time. I hope I'm wrong and people do get it in time. Either way, it's comforting for me to believe that if every human disappeared from the earth tomorrow, Mother Nature would be just fine and would rebuild without us.