Looking for Honey Locust seeds, I want the thorny variety!

posted 3 years ago
Ooh, I can fix you right up, I just have to go out and pick up some pods off the ground.  I would be happy to swap for black locust seeds.  PM me...

posted 3 years ago
Was out just now picking up a dishpan full of seed pods for Chris.  He was concerned as to whether my trees were adequately thorny for his purposes, so I took some thorn-horror-porn shots to put his mind at ease.  Pictured are the thorn rosettes growing on the trunk as well as the thorns out at the tiny tips of the branches -- note how the thorns are thicker than the branches they grow on! 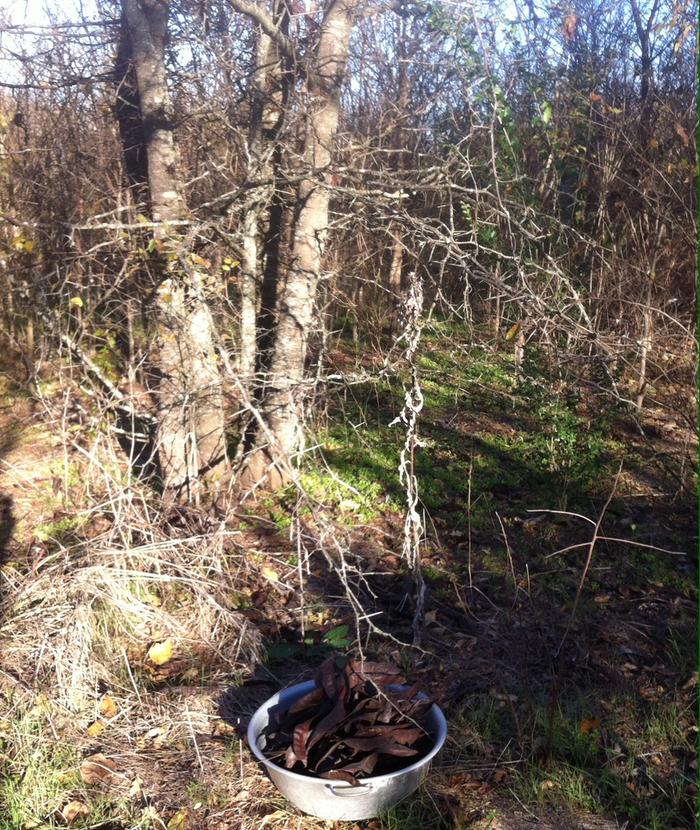 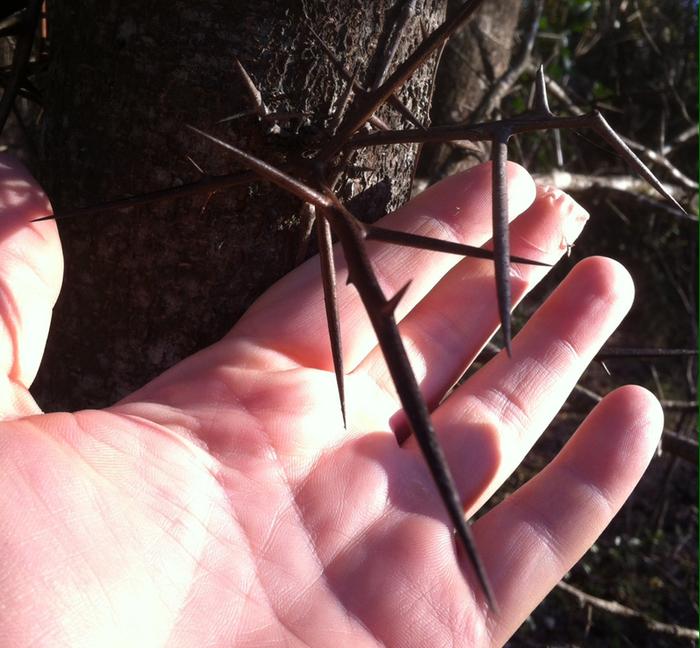 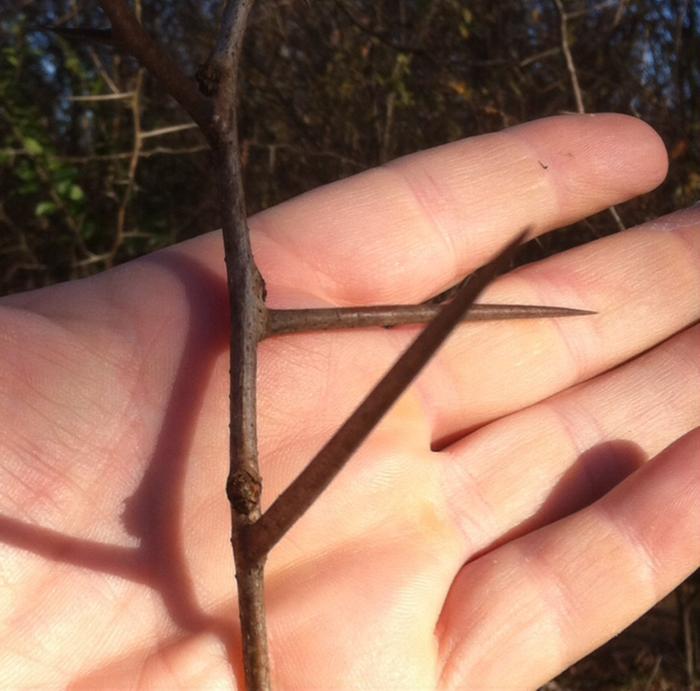 posted 3 years ago
I have several dozen of these trees on our farm. Please tell me why they are good??? All I see if foot infections?

posted 3 years ago
Alicia, the thorns are a terror, no doubt.

As for what the trees are good for?  Several things, that may or may not matter to you.

Most famously, the pods when ripe are full of a sweet flesh that some livestock can eat, making the trees a valuable fodder crop, especially in places where the pods ripen during drought times when the grass isn't growing rapidly.

Historically some poorer folk are said to have made a beer-like fermented beverage from the pods, and the pulp of them is considered human-edible by some.  I seem to have an allergic reaction to it though, so I can't say.

The trees are leguminous, but there is doubt and controversy over whether they are nitrogen-fixers.  If they were, that would be fairly valuable since they have a larger growth factor than most nitrogen-fixing trees.

The thorns themselves can sometimes be so spectacular that they are in demand for crafting and decorative use; I've heard reports of people with farm stands or farm market outlets doing a brisk business in them.

Last but not least, the innumerable small leaflets provide a sort of thin shade or filtered sunshine, which can be like a natural shadecloth; some people report very good results growing delicate stuff under honey locust that would normally be blasted and unhappy in full sunshine.

posted 3 years ago
Intriguing. Thanks Dan. Someone asked me why cut all of ours down, because they are so useful on a homestead, I asked why, but no answer. We plan to cut them down. Originally, my husband was cutting the thorns off to use to firewood, but that is still bothersome. Not sure what we will do when we start  cutting again this winter.

George Washington himself is on record advocating the use of tightly spaced honey locust to contain livestock or exclude predators (be they four-leged or two-legged.)
Alicia Winkler
Posts: 51
Location: Indiana
1
I like...

posted 3 years ago
Unfortunately, Kyrt, mine are spread all over!

Alicia Winkler wrote:Unfortunately, Kyrt, mine are spread all over!


They're free seed to grow said hedges *if* you decided you wanted them.
Dan Boone
gardener

Alicia Winkler wrote:Intriguing. Thanks Dan. Someone asked me why cut all of ours down, because they are so useful on a homestead, I asked why, but no answer. We plan to cut them down. Originally, my husband was cutting the thorns off to use to firewood, but that is still bothersome. Not sure what we will do when we start  cutting again this winter.

I forgot to mention that the wood is fairly dense and has a pretty grain; a lot of woodworkers enjoy working with it.  Moreover, like Black Locust it is said to make good long-lasting fence posts.

I do thin the little ones that sprout everywhere pretty vigorously, saving only the straightest and tallest to grow into big trees.  But I don't cut the big ones; on balance I'd rather have productive forest than grassland, so established thriving trees of any kind are pretty safe from me, especially if they provide any kind of forage for livestock (which I don't currently have) or wildlife (which I do have, and want more of).

posted 3 years ago
Well in that case, any woodworkers want to come buy standing honey locusts???

You cut and haul, near Louisville KY!