posted 4 years ago
Hello. Over the past couple of years I have been trying to restore fertility to some really bad soil. I've terraces and planted but every year it quits raining in April and gets really hot. This site is also completely exposed to the elements. Would love to have a permanent cover of clover but I'm not sure it could handle this area. Any suggestions?

posted 4 years ago
Have you considered sorghum? Millet might be worth thinking about, too. If you want legumes, chickpeas can work depending on how very dry it is. There's some good info here, including the requirements for lots of different cover crops (follow the links): <https://hort.purdue.edu/newcrop/afcm/index.html>.
Tyler Ludens
pollinator
Posts: 11826
Location: Central Texas USA Latitude 30 Zone 8
1121
I like...

posted 4 years ago
I have had success with Tepary Beans and Black-eyed Peas, though these are annuals, they might serve as a cover crop for a permanent planting of whatever clover is supposed to grow well in your region.  The clover probably needs a little protection the first year and these beans will provide some shade.

posted 4 years ago
Thank you Chip and Tyler. Last year I planted two different types of cowpeas out there. The burned up. I have considered millet but haven't made that purchase yet. Maybe I will this year. Thank you both. Scott

posted 4 years ago
You might try planting several crops together in a polyculture.  Gabe Brown found his mixtures survived when singular crops died during dry periods.

posted 4 years ago
Have you tried talking to your local conservation agency to see if they have native grass mixtures? That's what I would recommend. I bought a mix of native bunchgrasses from my local agency for super cheap, like $3 a pound.  (They gave me a discount after we ended up talking about Permaculture and regenerative agriculture and what I was trying to do!) But I amended the native grass mix with drought tolerant or fast growing forage and nectar crops (sweet clover, white clover, vetch, buckwheat, millet, turnips, cowpeas) to serve as a support and nursery species for the perennials to get established. I watered this twice after sowing to get everything going, then let nature do it's thing. A lot died in the heat of the summer; but enough survived thanks to the sacrifice of the short term crops that there is still some green under the snow!

Scott Stiller wrote:every year it quits raining in April and gets really hot. This site is also completely exposed to the elements. Would love to have a permanent cover of clover but I'm not sure it could handle this area. Any suggestions?

You might try growing  cover crops from September to April. Let the place dry up at other times of year. If that's it's natural pattern, then why try fighting it? 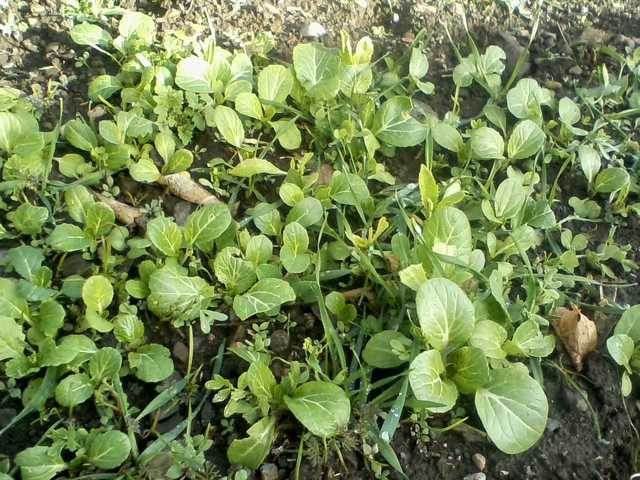