The Late John Polk, spam hunter, gardener, helpful friend to all, and a very funny guy.

Dale Hodgins
Posts: 9002
Location: Victoria British Columbia-Canada
669
posted 2 years ago
I only learned today that we have lost longtime member and best spam hunter ever, John Polk, on December 30, 2016.

I had noticed his absence, and went digging.
.......
John eliminated huge quantities of junk from this site, and made it a more pleasant experience for everyone. He waded through ads for balding cream and perpetual motion machines and every other imaginable bit of spam, so that others could learn about permaculture, in the absence of these distractions. Usually, the hammer dropped so fast, that most of us never saw this junk. When we did see it and report it, he was swift in his response.
........
He was also a very funny guy, able to see humor, where others might miss it.
That's what this thread is about.
.......
In 2014, I wrote a comical story for April Fool's Day. I said that I had met two sisters, who both wanted to get married. They had some friends who also wanted to get in on the act. Lucky me.
.......
It didn't go well.

Me --- So, it turns out it was a cruel April fools joke. They don't want to get married after all. The photos of their friends were gleaned from other people's facebook accounts. We're not allowed to name names, so you'll have to guess who it was.

John Polk --- Indeed a cruel joke - your goats & chickens probably thought they were getting a break.
.......
😂That's the funniest thing that I can remember, from John, probably because it was about me.😂
.................
John was a great guy, and a funny guy. I invite others to remember John through examples of his humor. I know that there are many more, in the deep archives of this site, that he helped to create and protect.

Let's not make this a repository for dirty jokes or jokes in general. It's only for funny quips, by the late John Polk, and whatever you'd like to say about the man.

Whenever you're reading through an old thread and something of John's catches your funny bone, think of including it here.
-------
I'm not qualified to eulogize John. I didn't know him personally. I only knew him from what he wrote on this forum. Still, I know he was my kind of guy, and it brings a smile whenever I stumble upon something of his.

Here's a link to the April Fool's thread.
https://permies.com/mobile/t/34564/Dale-married-women

I'm so glad that you started this thread. Just recently I read a post from John having to do with selecting a quality water hose (post). As usual, it was so very informative and detailed. He was as bright as he was funny for sure. And, he had great taste in music. (Oldies! Rock on John!)

I clicked on his profile page from there, just to read some of his last posts. I considered requesting that a memorial page be linked to his member profile page. I wasn't sure if that was doable or not. I just felt like there should be something more. He was a great man. I know he's missed by many around here and I'm so sorry you were unaware of his passing until now.

If I had asked people what they wanted, they would have said, faster horses. Henry Ford

"Farming is easy, if a pencil is your plow, and your desk is 1,000 miles from the corn field."

“Patience – A minor form of despair, disguised as a virtue.”

posted 2 years ago
Thanks for reminding us what a great guy John Polk was, Dale. We had a thread about John Polk in the tinkering forum John Polk is in hospice.

In some of his last days with us, he posted:


A heart felt sadness that I can no longer contibute to the cause.

See you all on the other side...


Which still brings tears to my eyes. 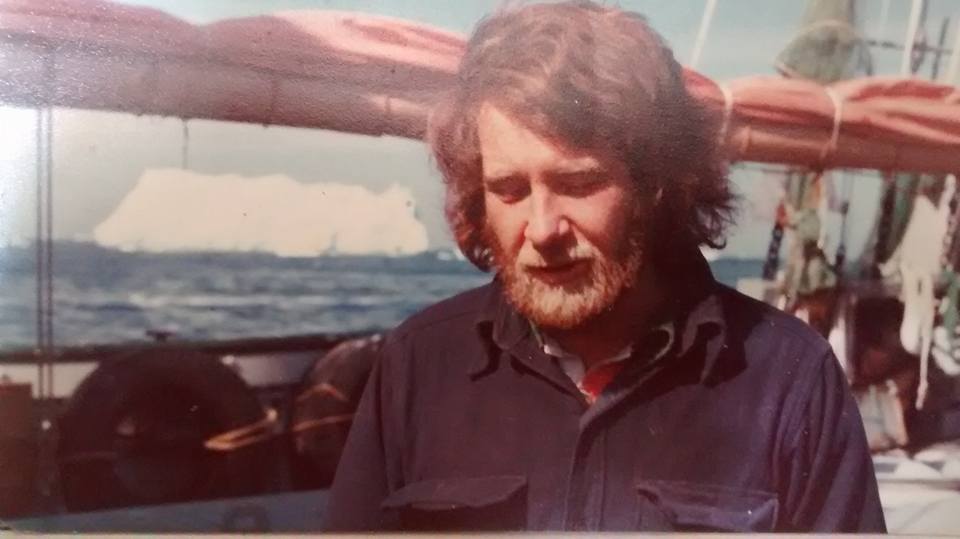 (Burra had permission from family to post this photo of "John in his younger days on a Scientific Research Ship in The Antarctic, complete with icebergs in the background.")

Maybe we need more of his humor now...

From here in the Your Favorite Colloquialisms thread John posted:

Opinions are like assholes: Everybody has one, and most of them stink.