My name is David, I’m from Belgrade, Serbia.
I’m a graduate student of Faculty of Agriculture, soil melioration department.
My friend and I would like to create a permaculture garden. I’m familiar with works of Masanobu Fukoka, Bill Mollison and Sepp Holzer but I don’t have any practical experience and knowledge, and permaculture method is something completely different from what I’ve been tought on my studies.
I would appreciate ideas, feedback and suggestions.
Here is a general sketch of the field (in attachment), list of plants and some general parameters of location.
We would like to try the “seed balls” method of seeding. My first question is, how many different cultures should one “seed ball” contain optimally?

- Terrain dimensions: 10x20 meters
- Well insolated
- Field has been covered with grass for past 5 - 6 years
- Soil is deep and fertile, with pH value around 7.5 - 8
- A lot of rain falls over the year. Less rainfall in july-august.
- It has a brick wall on the eastern side, height around 1.5 meters

Brenda Groth
pollinator
Posts: 4437
Location: North Central Michigan
26
posted 9 years ago
not enough information for me to make any real helpful suggestions. I don't use seed balls myself..so I can't recommend on those. I am wondering why all of your plantings are herbaceous perennials or annual (mostly  annuals) and why there are no woody plants in your plans? I live in a similar zonal area as you ..mine is zone 4/5.. and my first plantings would always be trees and shrubs and perennial plants with minimal plantings of annuals.

I understand the books that you have read and the works you are familiar with..might I suggest another book if you can get ahold of it...Gaia's Garden by Toby Hemenway

if you would like to visit my blog you might get some more ideas of plants you can plant ..I'm NOT familiar with the metric system but it seems that the property might be quite small, may I suggest some dwarf or super dwarf fruit trees or some fruiting shrubs maybe on the north and west edges of the property at least, to give you some permanence and to create some mulching materials.

Consider doing minimal disturbance treaments in strips (with replicates if you like).  Then sow your seed mix in strips in the opposite direction (See figure).

I have found that if you seed too dense, a few dominant species best suited to the disturbance and site tend to dominate.  (in my case I had chicken scratched ground, did a spring sowing, and the mustard family dominated).

For sage, thyme, rosemary, your mint family sub-shrubs, I would be tempted to stick cuttings rather than seedlings.  I think of these as stress tolerators, and they may not be as competitive in a humid herbaceous community, our 3 month drought greatly helps the competitiveness of these species.  Mint is very aggressive and may dominate over time on a moist site - consider a sparse patchy planting, root cuttings under light mulch is effective for mint and strawberry stolons.  Root cuttings from horseradish also.  Elephant garlic (actually a perennial leek) naturalizes well.

So given different regeneration strategies I'd imagine patches of modest tillage followed by seeding with patches of mulch, cobined with stem root cuttings and tubers would be optimal for this species mix.  I'd be tempted to treat the whole patch with some kind of livestock prior to seeding to create regeneration niches, or at least do some cutting the previous year, leaving mulch piles to create dead spots.

Since you're an academic

... Consider Grimes theory of plant strategies, and the concept of maximum diversity through intermediate disturbance. I suspect there is a correspondance between disturbance and species for optimal recruitment.

Finally -- I don't understand the intent of creating three different seed mixes given the haphazard planting approach.  Why not just one mix, and see what happens.
Finally finally... the species of grass may affect how the system develops over time.  Grass is very competitive and not edible.  I'd recommend actually understanding your grass species. 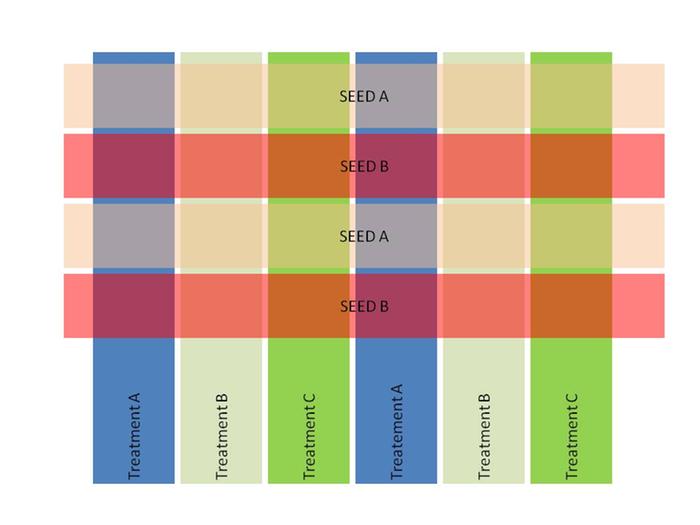 My friends and I decided to try creating this garden three weeks ago and there is possibility that this property won’t be in possession of my friend next year, so we decided to use this small window of opportunity for our practice. This is the reason why there are no woody plants.
Due to a lack of time for soil preparation and major problem with pigeons, “seed balls” imposed as a natural solution. I understand that this isn’t actually real permaculture so my main goal is to observe efficiency of this method.
I’ve found the book you recommended, Gaia's Garden…. Thanks

This is very helpful, thanks a lot!
I’m gravitating to this “Or just throw out some seeds and have a cup of tea  ”   lol
My problem is that I’m not so good at haphazard things, and for me this is a great inner battle, you may say some kind of a spiritual path

Brenda Groth
pollinator
Posts: 4437
Location: North Central Michigan
26
posted 9 years ago
i'm glad you were able to find the book, You'll learn a lot, esp when you come to the urban gardening areas..so much info for small areas ..lots of fun reading

Posts: 856
Location: South Puget Sound, Salish Sea, Cascadia, North America
15
posted 9 years ago
Somewhere in One Straw Revolution I recall Fukuoka-san exhorting to give your all to an experiment.  Just put everything you've got all out there, and be prepared to be humbled, but keep you eyes wide open and really watch what is happening.  And if you have given enough, nature might teach you something.