Posts: 3999
Location: Wellington, New Zealand. Temperate, coastal, sandy, windy,
105
posted 10 years ago
I thought I'd been a genius and come up with this on my own, but either I'd subconsciously absorbed the idea, or meems are real, because apparently there's all sorts bubblewrapping their windows...
I have a few windows that aren't really curtain/blindable and I'm also very broke...
I've cut the large sheets of used bubblewrap I had to fit various windows, then stuck it to the glass with transparent silicon I had lying around.
It works well on louvres and the internal window got a sheet on both sides.
It's only just getting properly cold (and we're talking NZ cold, so we only get a few nights down to 32 degrees f), but I'm pretty sure there's  an improvement in warmth.
It lets the light in, but no-one's seeing in (or out).
I think it looks quite cool, but some people's impressions would be: "looks like a dodgy flat full of junkie students".
Posts: 6
Location: Eastern Oklahoma
posted 10 years ago
Yes indeed bubble wrap works very well. Also heavy Roman Shades will add to keeping the cold out at night. Mylar is another product that works well on the windows for reflecting heat either in during the winter or out in the summer. If you get the emergency Mylar blankets and cut them open you can save money because it's the same product as the higher priced Mylar on the rolls.

"Do not mess with the forces of Nature, for thou art small and biodegradable!"

Max Kennedy
pollinator
Posts: 490
Location: Englehart, Ontario, Canada
2
posted 10 years ago
The silicon is usually unnecessary.  Spray the whole window with water and put the bubble wrap up.  Have been doing this in NE Ontario Canada for several years and usually don't have to reapply water.  Also spring takedown/cleanup is greatly simplified.

Posts: 3999
Location: Wellington, New Zealand. Temperate, coastal, sandy, windy,
105
posted 10 years ago
Aha! Thanks for that: the silicon blobs are ugly, notwithstanding all the other stuff, so that's great info.
Tyler Ludens
pollinator
Posts: 11809
Location: Central Texas USA Latitude 30 Zone 8
1116
I like... 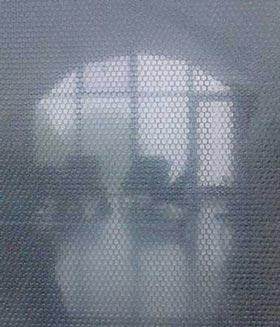 Lots of other low cost things there.

Troy Rhodes
Posts: 632
27
posted 10 years ago
If you want a more effective bubble insulation product, you can use one of the various foil/bubble/foil products.  Here's the most common one:


In various tests I did, I found the reflectix to be almost three times as effective as the simple bubble wrap.  It also totally stops the light, so that's something to consider.

troy
Walter Jeffries
Posts: 1114
Location: Mountains of Vermont, USDA Zone 3
64
posted 10 years ago
The single sheet bubble wrap works. Double will be a lot better. Foil-bubble-bubble-foil will give the most heat retention but one loses the light. If light gain isn't an issue in a room during the winter then FBBF it. We have deep cold, like -45°F for extended periods some winters. Thank fully last year it only got down to the -20°F. °C ain't that different when it gets that cold.