Dale Hodgins
Posts: 9002
Location: Victoria British Columbia-Canada
700
posted 4 years ago
I'm in London England, which is one of the most expensive cities in the world. I'm spending 20 pounds a day and living quite well.

A combination of sharp wits, super cheapness and dumb luck, have led to this. My daughter is teaching here, but she lives with the roommates and they've agreed to not have family members stay over.

When I first got off the train, after leaving the airport, my daughter took me to a restaurant where we spent 32 pounds and I left hungry. I had horrible calamari, some dry chips and other food not worth eating. I decided at that moment that restaurants in London would not be for me. There have been a few exceptions.

I stayed in a horrible death trap hostel, the first two nights. The common room is in the very farthest corner of the basement around many turns. If there were ever a fire, everyone would perish. My room was a fourth floor walk up, and still the traffic noise was extreme.
.....
After two days, l decided that spending 23 pounds a night at a hostel, was not for me. I bought a tarp and sleeping pad so that I could sleep outside in hidden places. I am like a rat. I can find hidden places even in a densely populated city.

On my third night of camping out, I was riding a bus and staring intently out the window, looking for a place to camp. Maria, a Spanish lady who was traveling, asked what I was doing. She told me there's no need for that. I should stay in her extra room, where the grandchildren stay when they visit.

She was on her way to pick up a free juicer that was advertised. So, we got off the bus and set out to find the juicer.

We made several phone calls while looking for the place with the juicer. The final leg of the journey involved walking through a graveyard in a dark Church Yard. The house with the light on, was the right one. When he gave the directions, she said he can't mean through there, and we called again. It reminded me of a scene from The Hound of the Baskervilles when they walked through the foggy moor.

If you had given me a thousand guesses on what I would be doing, an hour earlier, I would not have guessed that I would be walking through an old graveyard in search of a free juicer. 😂

Maria was supposed to catch a plane the next night, to meet her fiance in Spain. She wasn't feeling well and decided to postpone. She had already left me her keys and instructions on how to lock the place up, a week later, when I head to Paris. When I mentioned how unusual this is, she said that that's how it's done where she's from. Travellers are invited in or they are put up in the church. Nobody camps out. She said I seem very honest.

I showed her pictures of the souvenirs from Kenya that were stored at my daughter's place, and she has chosen a nice soapstone lion and some bracelets. She's on a special diet and wouldn't even allow me to buy supper.

... a few days have passed since I started writing this...

I took Maria out for lunch at a huge buffet today. It cost £8. We ate so much that she headed home for a nap. This meal contained a variety of things including beef, chicken, duck and many types of fish. Indian and Thai style vegetable dishes and many different desserts, all for less than I paid where the waiter tried to steal my sunglasses in Kenya. This is supposed to be the second most expensive city in the world, but Maria knows where to shop and where to eat.

I was going to take her to see a Shakespeare play at the Globe Theatre. She used to work there and has seen all of them many times. You have to stand for 3 hours.

The first meal that I had with Jasmine cost £32 and it was absolute shit. Maria tells me that there are many good buffets in town and that almost all of the Middle Eastern restaurants have good prices and give good quantities. They are easy to identify because they have signs using Arabic, and the decor is always different.

She's been here 34 years and knows how to get everything on the cheap. She came home the other night, heavily laden with three big grocery bags. "Look at what I got for £10." There is an upscale store that marks everything down drastically at 9 p.m.

Maria lives in council housing and is not wealthy. I wanted to give her £100, but she wouldn't take any. She knows about my trip to Portugal, to help at Burra's place. She said "Spend that money going to help out the widow. That's the best use for it." ... So, I will take her out to eat some more and when I get back home, I will pay for her grandchildren to visit. They live about 40 kilometres away. There's a train, so it doesn't take very long.
.......
That's my London experience. I've visited my daughter, seen lots of museums and beautiful old buildings, and met the most trusting and selfless lady you could imagine.
William Bronson
gardener

posted 4 years ago
I'm actually tearing up,so beautiful.
This is how we will survive.

Dale Hodgins
Posts: 9002
Location: Victoria British Columbia-Canada
700
posted 4 years ago
They don't make many like Maria.  Didn't I hear that you adopted a child, William?  That's right up there, in my book of how people should be.
William Bronson
gardener

posted 4 years ago
My boy is 23, and has been mine for 16 of those.
People have no idea he didn't spring from my loins, so thoroughly have I corrupted him...

Dale Hodgins
Posts: 9002
Location: Victoria British Columbia-Canada
700
posted 4 years ago
I've been to Paris and now I'm in Lisbon. Unfortunately I missed my last train to Burra's place and I have to spend the night at McDonald's. Departure was delayed in Paris because of birds on the track. We got up to about a hundred miles an hour and then he slammed on the brakes. It felt like something more serious. Then we ended up in a long queue to take off again.

Before I left London me and Maria had a good look around and decided that her living room which hasn't been painted in the 27 years she's lived there, was in dire need. She said it looked rough when she moved in. It's old wallpaper that looks like there's already several layers of paint over it. We picked up some supplies and got started. Then I had to fly. I will return to London a day before I need to fly back home. So I will finish the paint job. It looks so much better. It was a dark blue and now it's brilliant white. She might be away when I get back, but I still have keys. If she is away I'll finish the job and drop the keys through the mail slot as instructed. I hope she's there.

When I first brought up doing the paint, she said it's worth much more to do the paint than it is to stay in the hostel. That's okay, I prefer this place to the hostel and I don't mind doing a little extra for Maria.

I stayed in a hostel in Paris for 6 days. On four of those days I was woken up by the recorded sound of a Muezzin singing morning prayers. It happened at 4:46 each morning. Every day they said they would deal with it, but they didn't. I considered painting their walls.:-)
Dale Hodgins
Posts: 9002
Location: Victoria British Columbia-Canada
700
posted 4 years ago
I returned to London after doing the tree work at Burra's  place, I arrived at near 1 am expected that Maria would be sleeping, but she was awake and had beef stew and other things ready-to-eat. She was also ready to paint because she thought I was leaving in the morning. But I came back one day before having to head back to Canada, so we slept and finished the paint job in the morning. It was finished and we ran out of paint at noon.

Then I headed to the british museum, because the day was mine.

I hung out with my daughter after she was done work and a ride back at Maria's late in the evening. Took my time, since my flight wasn't until 4 p.m. 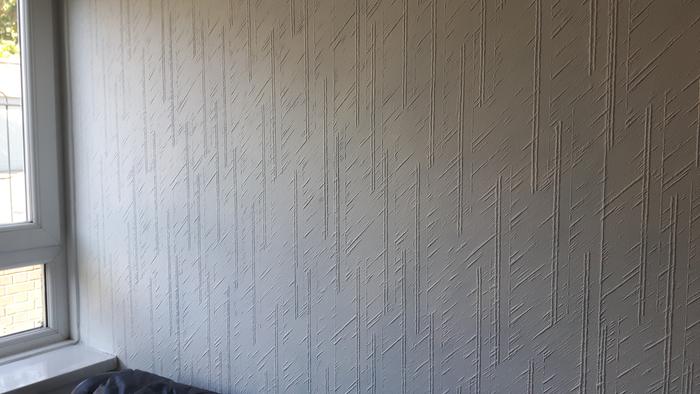