Dale Hodgins
Posts: 9002
Location: Victoria British Columbia-Canada
670
posted 2 years ago
I just dropped my daughter off at an appointment. I told her to get into the car 5 minutes early, because I wanted to check on the autumn olives and some apples that are all along Craigflower Road. The Autumn olives will be ripe in a week or so.

So, we're driving along and I see the sign, hot pies. As I pulled over she said "Dad I'm in a hurry." I bought a really nice strawberry rhubarb pie that is perfect in every way. It was still hot. We dug into that pie right away, using the tin foil lid as two little plates. Once my daughter figured we had eaten enough, she said we better put the lid on and keep it back here, in the backseat. I keep all of my Edibles on the front seat and I snack on them constantly. I'm coming to her place for supper tonight and she wants there to be some pie left. I told her she'd have to remind me. She lives in a building where there's a buzzer. I won't be let in until she knows that I am holding the pie.☺

The lady charges $13 for these and her costs are about $6, so she makes $7 a pie. She sometimes sells 20 pies in a day, so that's $140 in her pocket. Not bad for a lady in her 80s who's collecting the pension. I asked if she's ever had problems with people who work for the city. She hasn't, but some city workers have purchased pies. I look forward to my next trip down Craigflower Road. 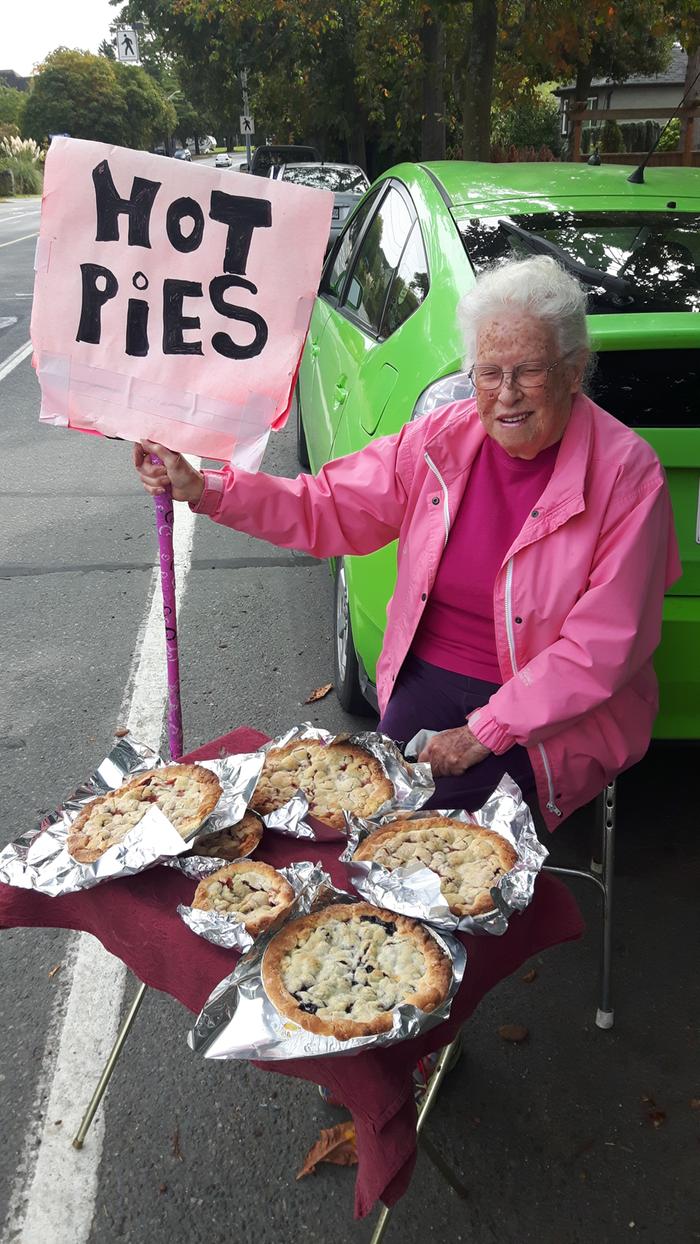