After 10 years of wanting to build a rocket stove, I'm finally in a place where I can start playing around with one.  I've come across a bunch (~30 ) of firebricks.  I'd love to start learning (more than watching!) the intricacies of rocket stoves.  I'm hoping to do some 'dry stacking' of the bricks in a way that is semi-temporary / modifiable.  The purpose of this is to play around and learn, not really make a permanent heat source. It'll be outdoors, mainly used for heating a cast iron griddle and/or roasting veggies/marshmallows etc.

Can anyone point me towards some plans/resources for dry-stack (i.e. no mortar, dissassemble-able) rocket stove plans?

I haven't seen much chatter about folks building outdoor RMHs, other than a thread that went silent a few years ago.

Has there been any progress on this front?  Really hoping to build something without a roof.
show more
3 years ago
wood burning stoves

Should I get a new cast iron skillet?
Electrolysis is extremely effective and really simple if you are comfortable with electricity (and have a manual battery charger laying around).

Lots of methods on the web, but most are roughly the same. Here's one: http://curtcorwin.blogspot.com/2012/03/how-to-clean-cast-iron-cookware-with.html

Compost Tea made easy
I'm trying to understand why the brew goes anaerobic after 2-3 days....its still being aerated, correct?

Wondering if the sugar is depleted so lots of those aerobics that enjoyed eating it so much just die off, and the decomposition of their cells overwhelms the oxygen availability? Looking for a mechanism.
show more
5 years ago
composting

Urban Rocket Stoves: Burning Plastic in Jakarta
Thanks for the clarification.

Production of biochar for cooking is indeed important and is already done widely. I'm not sure how they do it, but the street-food sellers are all using coconut shells for their sate and other roasting processes.

I am more interested in rocket stoves as a plastic-disposal tool. Personally, I think it is probably a bad idea to bring food/water into the equation when burning plastics. The potential for contamination (i.e. unburned polycyclic aromatics etc. contacting the food/water) is too high.
show more
5 years ago
rocket stoves

I'd love to see pictures/diagrams/details of your small-scale plastic burner. Something tells me that the Japanese method is probably a bit more high tech than throwing a burning plastic bag onto a pile of other plastic bags 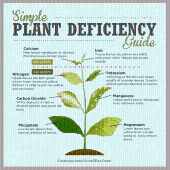 Just out of curiosity, is a shortage of CO2 really a problem in a permaculture context?
show more
6 years ago
plants

mushrooms for hugelkultur
I've only done garden-bed shroom farming one time, and it was mostly a spectacular failure, but if I were going to try it in hugelkultur....

I'd prep a bunch of take the same species of tree that will be buried, and chip a bunch of it. Sterilize and inoculate it (Oysters are usually considered relatively easy), and allow the mycelium to run through it until you have a large quantity (garbage bags) of mycelium-colonized material. Then (timing will be tough here), build your bed and sprinkle the colonized chips throughout it, making sure to get a large quantity of them up against the wood. You might also want to consider adding a few trace ingredients to the hugelkultur bed to enhance fungus health--I believe powdered oyster shell was one of the ingredients?

Seems like the mycelium would stand a relatively good (still probably pretty bad!) chance of spreading throughout the logs.

+1 for fungi perfecti, really cool company. Their catalog is great for toilet reading, if nothing else