Mike Haasl wrote:Did I just fuck up?  Can someone confirm or deny that I just sent an update to EVERYBODY that's backed the kickstarter and the message title was "You are at the $25 backer level"?

Ah, that explains it! Thought I'd messed something up and failed to upgrade my original pledge to a higher level.
show more
1 month ago
crowdfunding 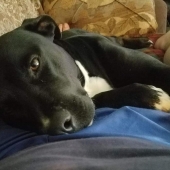 Lauren Ritz wrote:The problem with my writing is that I can finish a book in a month or two--then it takes three years or more to edit it. I do all my own editing, my own cover art, all that stuff, so it takes time.


I'm the other way around. Takes me forever to get them written, but then the editing goes faster. Life has been seriously getting in the way of art at my house. Haven't finished anything in nearly a decade. I'm hoping to finish my humor novel soon though. It's Christmas-themed (sort of) so it makes the most sense to publish it close to the holidays.
show more
1 month ago
writing

Inge Leonora-den Ouden wrote:Is "not wanting to start a sentence with 'I'" typical for being in the autism spectrum?
When I was at school (in the 1970s) we learned not to start writing a letter with 'I', because that was impolite. My idea was that's the reason why I still don't like starting something I write with 'I'. Often I try to find other ways to start a sentence, because I don't want to be impolite. So I don't think that is because I am somewhere in the autism spectrum (which probably I am, but never diagnosed officially).

My mother, who is not on the spectrum that we know of, was taught the same thing but took it even further. She said starting sentences with "I" makes you look self-centered. It stuck with me, and while I don't necessarily agree with that sentiment, I do try to mix up how I start sentences for the sake of not being repetitive.
show more
2 months ago
personal challenges

where I bemoan the loss of painted book covers (rather than stock-photo ones)
I love older styles of cover design. But when I (eventually) get my next book ready to publish, I won't be able to afford something like that. I'm hoping for original, eye-catching, and reminiscent of the feel of the story, but my options are limited. And I've never seen a pre-made cover that looks remotely right for this wacky story. Thought about doing a kickstarter to help with some of the costs, but I don't know if I could manage something like that, so I will more than likely have to stay low-tech and inexpensive.
show more
3 months ago
art 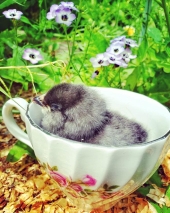 That's kind of busy. Not necessarily a bad thing though as it's eye-catching too.

To free up a small amount of visual space, I suggest making the title a little bit smaller. In addition to giving a visual breather, it should help draw the eye to the title. Also suggest using two different fonts for SKIP and the subtitle that explains it.

The apple tree looks like it has the spots from Put Me in the Zoo. I think adding stems and/or putting them in clusters would help.

The downed tree reminds me of a Christmas tree on one very long stilt. It kind of creates a visual traffic jam with our log peeler. Maybe if the tree were shorter that would help.

The author names aren't really standing out to me, though if that's intentional then it's great.

Entirely unnecessary, but something I thought of: what if the wood chopper were turned the other direction and moved to the bottom left, thus putting the author names in the center?

Overall I like it. I just get picky about details.

miriam hawkins wrote:There is a castle in Loveland Ohio. It was built out of home made bricks by one person.

Would that be Chateau Laroche? http://www.dupontcastle.com/castles/laroche.htm

show more
4 months ago
stone work
Announcing - New menu bar at the top of the website
It looks very elegant. I haven't found any bugs so far.
show more
5 months ago
tinkering with this site

Greta says "How dare you?"

I wish Greta would give a shout out about some of the stuff we are working on.  Maybe my book.  Or maybe even just rocket mass heaters.

To make that happen she has to know about these things, and she may or may not. She's Swedish, right? Anyone have any permaculture contacts in Sweden?

If I recall correctly someone above mentioned the difference between a full room and 9 people and how do we fix that. We fix it slowly, because minds are changed one at a time, and that's the best way to make change that lasts. Or we look into doing permaculture PR. There are good reasons not to do the latter, very good reasons. We don't want to turn permaculture into a fad that people will pick up because it's trendy, only to see most of them get bored with it and drop it (like gluten-free diets for people who don't actually need or benefit from them). The issue is visibility. The media love people who look good on camera and tug on the heartstrings. But those people do not always stay in the public consciousness. With 24/7 coverage via the internet and other innovations, a "star" can fizzle out as quickly as they rose. There should be something between the constant inching forward and the flash in the pan that burns out. I'm sure there is, but it has to be thoroughly considered first because there probably is not a perfect solution, and the consequences must be thought out in advance.

Paul, Permies is amazing and fantastic. How long did it take from when you first started it to when you hit whatever you consider to be a major milestone in terms of membership levels and influence in the permaculture world? In other words when did this forum go from small potatoes to the big cheese? Sorry. Writing while hungry = food references.

As to the suspected socialist in the crowd, it's really very simple. She wanted to look at politics, which generally takes a top-down approach to change and depends on a handful of people (elected or otherwise) to do things right and not get greedy,  whereas you were talking about REAL solutions that can be done by REAL people in a more bottom-up movement. In terms of creating lasting change without much destruction, bottom-up is the way to go. You were coming from such opposite directions that unless the other person was willing to look at things from another perspective (something that apparently is rare among humans), there probably wasn't going to be a meeting of the minds there.

We live in a culture/world where intolerance of other views is getting worse. That presents a very real challenge in communicating ideas effectively and not getting blunt objects thrown at our heads. But...if one of those 9 people who attended your talk went home and started doing research, and talking to others, that's good. The message will spread. The challenge is to find ways to spread it faster without losing the message itself. My brain is all fuzzy because there's a snowstorm coming and I have fibro, so I have no specific suggestions at the moment, but I think all of us at Permies are already on the right track because we've talked about this. The thread with ideas on what you can do with 12 BWB books, for example is excellent.

And if all of this seems overthought, or complete gibberish, I blame the fibro.
show more
5 months ago
paul wheaton's pseudo blog

A 12-day permie challenge
This year I'm keeping it very, very simple. I'll keep working on the humor novel until the first draft is actually finished, and I'll set up my bullet journal for 2021.
show more
5 months ago
projects 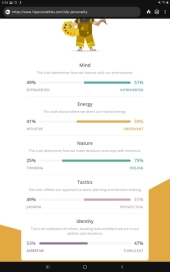 "16 Personalities" test
I am an INFJ-T. About 98% of the tests I take bear that out. Occasionally I'll get INTJ or INFP.
show more
5 months ago
personal challenges