Processing Chestnuts - How do you do it?
I find cutting an X into the shell to be tedious and difficult too, so when I roast chestnuts I do it a bit differently. I just cut off the end of the nut that has the paler shell color. On most chestnuts, that takes off a small bit of nut with the shell but not too much. It goes much quicker than cutting an X, and achieves similar results.
show more
2 weeks ago
cooking
Joseph Lofthouse's Muskmelons
The size of my Lofthouse melons varied, but mostly pretty normal size for muskmelons. There was one plant that produced very small melons that didn't ripen any earlier than the larger ones. I didn't save any seeds from that one, as I prefer medium to large size.

My own landrace is only muskmelons. I've tried growing honeydew and a few asian melons here in the days before I started saving melon seeds, and didn't have much luck with them, Even with muskmelons, I always had heavy losses of plants before the fruit ripened before I started creating a landrace. A few years of seed saving with the landrace method have given me much more reliability with my melon patch. I prefer muskmelons/cantaloupes to any other cucumis melo variety that I've had, so I haven't ventured into crossing with honeydew, casaba or anything else, but I'd be interested in hearing if others have had luck with a cucumis melo landrace of greater diversity.

show more
1 month ago
seeds and breeding
Joseph Lofthouse's Muskmelons
I'm growing some of the Lofthouse-Oliverson landrace muskmelons this year. I got seed from The Buffalo Seed Company. I planted them in my melon patch next to the landrace I've been creating for the last few years here in the Ozarks than had a number of different varieties put into it. Most of the lofthouse ones ripened earlier than any of the ones from my seed. The plants from my own seed tend to be more resilient to the pests and diseases in my environment. The lofthouse seed should make a good addition to my own landrace to extend my muskmelon season a week or so earlier.
show more
2 months ago
seeds and breeding

quality and palatability of perennial vegetables...
I finally got a harvest from my hopniss (Apios Americana, also known as American Groundnut) this year, and I really like the flavor. I've just peeled them, chopped the larger ones into bite sized pieces, added some sort of oil/fat, salt, sometimes other seasonings, and baked them in the oven either by themselves or in a mix with other roots. They can absorb a good amount of oil/fat. I only hot a small harvest this year but am looking forward to trying more of them prepared in different ways in the future. Samuel Thayer says he likes mashing them and using them similar to refried beans.
show more
6 months ago
perennial vegetables

Variety Specific List to Austin Texas
As far as chestnuts go, Dunstan chestnuts may be worth a look at. They are Chinese/American hybrids that have been selected for blight resistance, yield and nut size. Many similar breeding projects are ongoing, but the Dunstans have been grown and selected in north Florida. All the other chestnut sources that I know of are from further north and so may not do as well in the climates of the deep south. The biggest difference between north Florida where the Dunstans have been selected and where you are in Texas is that Texas is drier, but the soil you describe sounds good for chestnuts to me, as long as the ph isn't above 7. Chestnuts like good drainage and are drought tolerant once established as long as the soil is deep enough for them to get their roots down into some more reliable moisture, so sandy near the surface with clay underneath is a good situation for them.

I have chestnuts from a number of sources, and the Dunstans I have are some of the more reliable ones here in southern Missouri. They are seedlings so there's a decent amount of variability, but mostly good traits from what I've seen.

I would not agree with the statement that chestnut will grow wherever oaks do. There is a lot of overlap, but there is a much greater diversity among oaks than chestnuts. The genus Quercus has over 500 species worldwide, while the genus Castanea has only 8 species in it. I have seen oaks growing in rocky alkaline soil in semi-desert conditions in the southwest that chestnuts wouldn't have a chance in.
show more
8 months ago
fruit trees 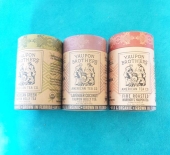 Grow your own caffeine
I have nine yaupon (ilex vomitoria) plants here in zone 6b, up to five years old, that are doing fine. They didn't look the greatest after it got to -10 last February but the damage was mostly superficial and all recovered, even the smaller ones. Yaupon makes a good caffeinated tea similar to yerba mate.
show more
1 year ago
pep natural medicine

Promiscuous auto-hybridizing tomatoes
Interesting discussion about lycopenes. I'm not a huge raw tomato fan in general unless they're in a salad with a good amount of dressing, mostly I like cooked tomatoes. I assume it's not the lycopene that I dislike, because I love autumn olive and goumi fruits which supposedly have the highest lycopene content of any known food. I'll literally gorge myself of fresh autumn olive fruit from the right bushes (they vary in flavor considerably) when they're at their peak ripeness (If they're too astringent, often they just need more time). Most other people aren't as enthusiastic about them. So I'm wondering, do those of you that don't like red tomatoes also not like autumn olive or goumi fruit?

Also, I know of one autumn olive bush that has yellow fruit instead of red. it's probably a mutation that has far less lycopene, as it's a fairly young bush that is in an area where all the rest have the normal red fruit. I think they taste different but equally good myself.
show more
1 year ago
seeds and breeding
Seeking the ultimate Thorny barrier for Zone for USDA 8B through 9A with lots of rainfall
How about Poncirus trifoliata, the trifoliate orange?
show more
1 year ago
trees
Hand sanitizer comedy
I meant to address more the original topic of the post, the hand sanitizer situation, but it's really just a microcosm of the mindset of the whole medical system. Since I'm more conflict averse than you, I'd personally have just used the sanitizer, it's a small enough matter to me that I would have just done it to keep the peace, and just avoid situations like that as much as I can, but I'm glad to hear in general from those who aren't going along with everything. The events of this year have brought to a head conflicts that have been simmering for some time. While the medical system does have some good things to offer and people with real skills, the arrogance that permeates so much of it is astounding when compared to so much else in life. Although there are individual doctors that buck the trend, by and large what i see coming out of the medical establishment is dis-empowerment. A crisis like COVID could be used as a chance for empowerment, a reason for people to listen to their body and work to improve their overall state of health, as well as become less dependent on the industrial system. Indeed, many people have done just that, as increased sales of seeds, local foods, and herbal products has shown, but the media won't touch that at all. Instead, all we're told is to be passive, to do as we're told and hope "they" come up with a magic bullet. Vitamin D levels are are a huge factor in COVID outcomes which means people shutting themselves indoors out of fear or because of being forced to by the lockdowns will likely worsen the outcome if they get the virus.
show more
2 years ago
paul wheaton's pseudo blog