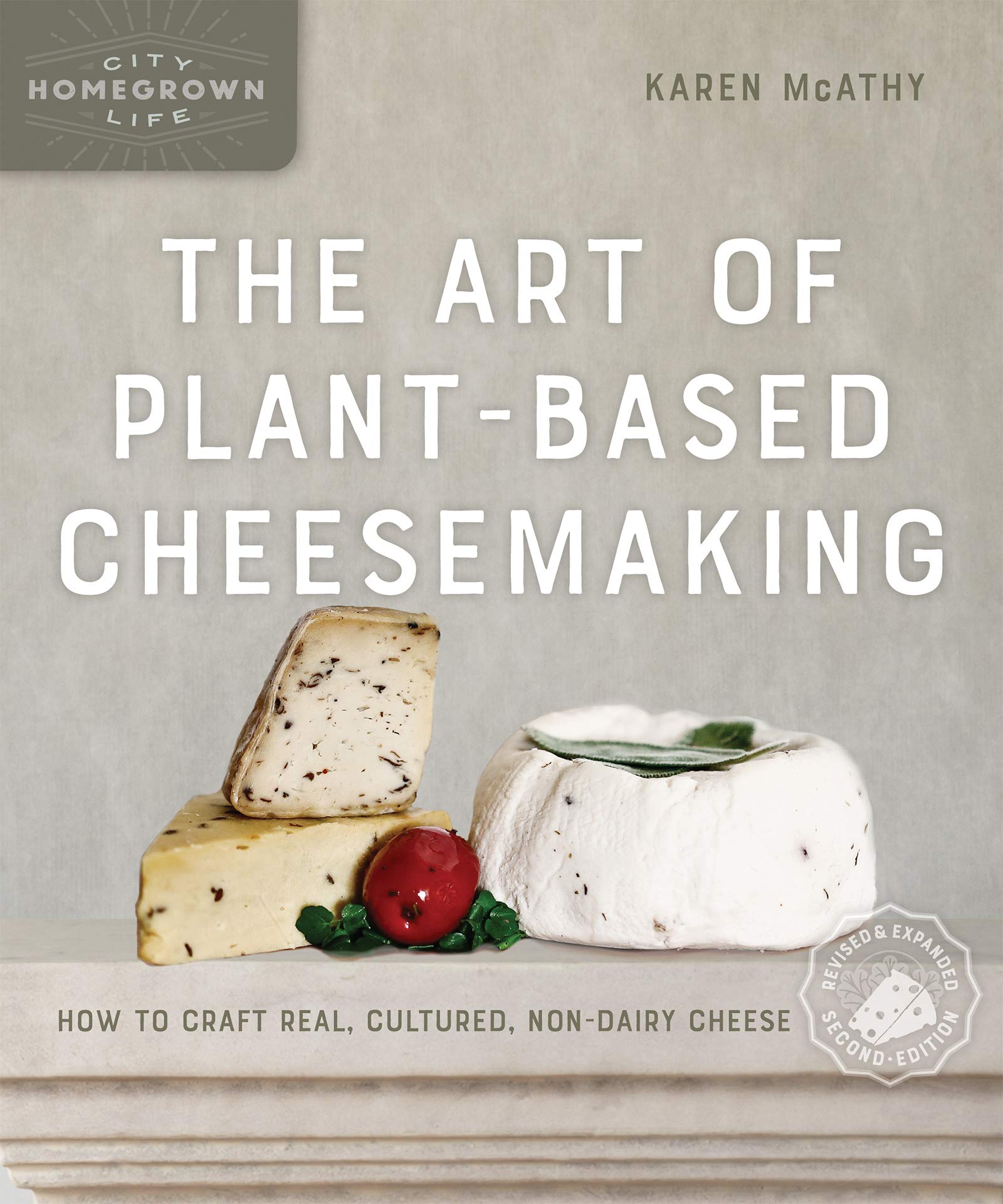 
About the Author
New Society Publishers says "Karen McAthy is founder and co-owner of Blue Heron Creamery, a dairy-free, plant-based artisan cheese and vegan foods company in Vancouver, BC, which creates authentic and cultured non-dairy cheeses. McAthy is a sought-after educator in the world of plant-based food and award-winning author."

Where to get it?
New Society Publishers
amazon us
amazon uk
Amazon.ca

From the video description:
"Chef Karen McAthy and Rick Havlak from Homestead Junction show you how to make cashew chevre in just three minutes!  Find this recipe and more in her book, "The Art of Plant-based Cheese Making: How to Craft Real, Cultured, Non-dairy Cheese" published by New Society Publishers."

From the video description:
"Find this quick walnut cheeze recipe and more in the book, "The Art of Plant-based Cheesemaking: How to Craft Real, Cultured, Non-Dairy Cheese" by Karen McAthy."


How to Make Vegan Cheese Sauce! An Easy, Healthy Recipe!

Description of the video:
"Love cheese? Trying to eat healthier? Try this tasty Vegan Cheese Sauce! You will love it! In this cooking video Karen Breyer will show you step-by-step how to make Vegan Cheese Sauce."