posted 10 years ago
I'm planning to turn my old vegetable garden and now-dead fruit orchard into a prairie garden.  I'm hoping to grow as many edible prairie plants as possible, native to North America.  I can have a few small trees and some shrubs, as the space is fairly large 60' x 60'.  This will be a non-irrigated space, average rainfall 15"-40" but this year we've only had 6".


Is anyone else here growing a prairie garden or edible prairie plants?

Posts: 856
Location: South Puget Sound, Salish Sea, Cascadia, North America
15
posted 10 years ago
Our prairie is a long shot from your prairie... but a lily bulb called Camissia quamash or Camas was a carbohydrate staple and traded over the mountain.  Maybe some starchy lily bulbs?

posted 10 years ago
That's a good suggestion.  We have a Camassia native to here but so far I haven't been able to get any to grow.  I'll keep trying!

posted 10 years ago
I forgot to say I'll be including as many native flowering prairie plants as possible, especially for bees and other pollinators.

posted 10 years ago
I've not had much success with Jerusalem artichokes here, I think it is too hot and dry for them.

Benjamin Burchall
Posts: 182
Location: Long Beach, CA
1
posted 10 years ago
I grew Jerusalem artichokes in Southern California (average of 12" annual rainfall). They grew just fine for me. How I grew them (and some other crops) was in narrow ditches a foot deep. At the plants grow up I topped them off with mulch until mulch filled the ditch. I got the idea from seeing swales. In the middle of summer when everyone else's stuff was either dead or they were out watering to keep things alive, my plants kept on going with no irrigation. I even at the end of summer the soil at the bottom of the ditches were still moist.

I found that growing in mulched ditches, holes and other depressions, key to growing in an arid climate.
Tyler Ludens
pollinator
Posts: 11815
Location: Central Texas USA Latitude 30 Zone 8
1118
I like...

posted 10 years ago
Yes, I should probably do swales and buried wood beds in my prairie garden.  Maybe then things will survive.

But it is very different gardening here than in Southern California.  It got hotter there, but not for such long periods.  I had beautiful gardens in the San Fernando Valley.  Gardening there is as easy as "Just add water."

Benjamin Burchall
Posts: 182
Location: Long Beach, CA
1
posted 10 years ago
Give it a shot and see what your results are. If you get 15-40" of precipitation annually, you get more than So
Cal does. So, it may be a matter of figuring out how to get more into the soil and keeping as much in the soil as possible.

I had heavy clay soil which I was happy to have. Clay is typically high in minerals (good for plants) from what I understand. I also found that once it is saturated, clay that is unexposed to sunlight holds moisture really well. Living where it doesn't rain much is the one situation where I appreciate having clay soil and having no raised beds. What kind of soil do you have?

To be more specific on how I planted the sunchokes, here's the breakdown. I hope it helps.

1. Dug the ditch a foot wide and a foot deep. (I let the sides slope outward a bit to make sure nearby runoff would get funneled into the ditch.)
2. Filled the ditch with wood chips.
3. Filled it with water.
4. Then I waited until the water had been fully absorbed in the soil and chips.
5. Planted the tubers in the soil leaving the space where each one was planted exposed so that the wood chips wouldn't prevent the sprouts from coming through.
6. When the plant tops were above the level of the wood mulch, I pushed the mulch closed around their stalks.

I was running out of wood chips during this planting. So, some of the ditches just had a thin layer of chips. Then as the plants grew up, I threw in other mulch until the ditch was filled. All the sunchokes flourished. It's also importanta that I planted just after the first rain of the season to take advantage of natural recharging of the soil moisture.

It's one time work for perennial benefit - just the way I like it!

posted 10 years ago
I have some Jerusalem Artichokes in my vegetable garden in an area which has buried wood and is kept fairly moist, but the plants really didn't do anything this year.  I think it was just too hot.  We've had a couple of months now of nearly 100F highs each day.  It's been a tough, tough gardening year.

Benjamin Burchall
Posts: 182
Location: Long Beach, CA
1
posted 10 years ago
Boo to those sunchokes!  Let's beat them up! haha!  If I plant something that doesn't do well, I just don't bother trying to make them do well. I'm lazy, so I only work with whatever survives without much intervention. If I can neglect it and still have a good harvest, it's a winner. Maybe another crop will work better. Maybe next year the sunchokes will give a stronger show. As long as you don't get down on yourself or feel frustrated for not being able to figure them out. This is supposed to be fun.

posted 10 years ago
Supposedly Maximillian Sunflower have little tubers like the Sunchoke (they're related).  There are several other edible tubers that are supposed to grow in this region - most of them have been grazed out and are extremely rare but I've found  sources for seeds of some of them.

It's probably another year before I actually start this garden, as I have another couple garden spaces I want to develop first.  The future prairie garden has been a very nice productive vegetable garden in the past, in good years, and the soil is beautiful.  Just too dry the past couple of years.

posted 9 years ago
I found an article about edible native prairie tubers and other edible prairie plants, and have begun to accumulate plants and seeds of them:

posted 9 years ago
Here's the site for the future prairie garden, which used to be my vegetable garden and fruit tree orchard.

In the background you can see the quite large Live Oak and Ashe Juniper trees which are stressed or dying from drought.  Some dead fruit trees are visible in the photo.  This area gets full sun and is exposed on the south side with trees on all other sides.  Virtually flat, about 60 ft x 80 ft.  Soil is deep clay loam.  According to the soil survey, climax vegetation for this soil would have been tallgrass prairie. 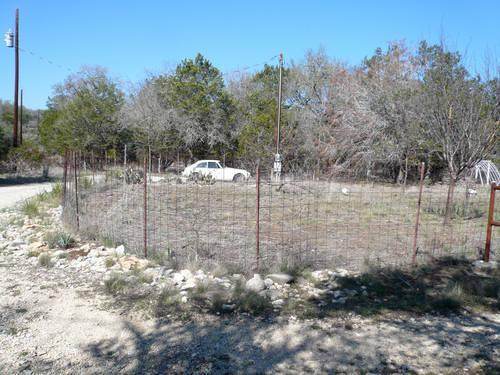 I'm considering dotting rain harvesting basins and buried wood beds throughout the space - what do you think?

Paul Cereghino wrote:I think photosynthesis stops at something like 104... ouch.

There are two -that I know of- photosynthesis processes, C3 and C4. In grazing situations we talk about cool season and warm season grasses. The 104 might be the ceiling for the cool season grasses, I don't know aobut that. BUT there are grasses that grow well in the spring, then take a break and don't grow much through the hottest part of the summer. Then they begin to grow again when it cools down some. In the mean time there are C4 plants. They are more efficient photosynthesizers, in that in the first step of the photosynthesis series of reactions, C4 bind 4 CO2, while C3 only bind 3 molecules of CO2. The C4 plants also have adaptations to prevent water loss, in that they have ways of making the stomata openings smaller, or something like that-- it reduces water loss.

If you think about it, you could probably identify some likely C4 plants. They are the ones that really take off when the weather warms up. Big bluestem grass, the amaranths, probably sun flowers...... Kochia scoparia, the weed in my field I am certain is C4. When July gets here, they seem to grow a foot a week. We think they are under control, and next thing we know we are buried, and it is no longer possible to keep up. Definitely a C4, unless there is a C 8!