posted 1 year ago
I was out cruising around my pastures, just looking and making observations since this farm is new to me. I've been making regular rounds for over a year now, watching where rain runoff goes, what's growing where, and something interesting caught my eye. Right now it's the end of February, spring is just barely starting, and the cool season grasses are greening up and starting to grow. I have small clusters of trees dotting my pastures, and I noticed green rings of new grass growth around them. What is mostly absent are remnants of brown broomsage from last fall, which are every where else.

It makes me think that the nearby trees and their roots make the soil a little different, with a different fungal & bacterial balance than out in the wide open areas. Pretty neat, huh?

Feel free to share your own pics. I hope to start some cool discussions about what's growing (or not growing) in pastures.

I do this all the time, it is very therapeutic. It's funny, I have broomsedge mostly right next to the trees!

Broomsedge means low fertility. On my place this means that the trees are pioneer species, making shade, bringing up some subsurface minerals. Believe it or not, I look at the broomsedge as a pioneer as well. My soils were so low in organic matter that they were most welcome. Interestingly, this is a similar species to bluestem (both Andropogon), which is a very desirable grass in my area. They make dense roots down several feet, which has broken up the compacted clay. But it is a terrible forage, and I am ready to move on. It's not you, it's me broomsedge. Another nice thing about it is that it makes copious biomass above ground. So if you have the good fortune to get some grazers on there, they should be able to stomp it in and kickstart the soil web. Overgrazing certainly favors it. I mow it very short in the early fall after seeding cool season grasses in my recent field buildout. This has worked pretty well, but I have also put down 10 tons of rock dust and wood chips.

So what does it mean that your pattern is opposite mine? I'm guessing you have better mineralization close to the surface, and the tree leaves are enough to replenish the phosphates and calcium the other grasses need to compete. It could also be it shades cool season grasses enough to tide them through the hottest part of the summer. Either way, it suggests you have a silvopasture waiting to happen.

posted 1 year ago
I had the exact thing happen this winter. Everything was brown except green under trees. I almost took pics. Lol. I contributed it to frost protection from the trees.

Im in texas. No real freezes during day, just random dips down to mid 20's only at night.

posted 1 year ago
I talked with a buddy of mine about the broomsage and he said the same thing, and it likes acidic soils. I limed in the fall of '17, and I have read in more than once that lime can have a pH adjusting affect lasting two years. I would like to get some brown rock phosphate applied, but finances are holding me back at the moment. I hope to make small improvements each year, even if it's only twice a year mowing with the biomass left in place.

posted 1 year ago
It's the middle of May, and the cool season grasses here are going or have gone to seed. Warm season grasses have been waking up and starting to grow. I'm in West Tennessee, zone 7b. A few grasses I am familiar with and can easily identify, like tall fescue, bermuda, and crab grass. I've shared some pictures of grasses that I am having trouble identifying, and I hope some other folks on premies may know what one or more of these are. Most of the pictures are of the seed sets, of the cool season grasses, but the last two are warm seaso (I think) and just showed up.  Each picture is numbered. I think grass #3 is orchard grass, and #6 is rye grass, beyond that I don't know. Any fellow permies that know what these are?
Grass-1.jpg 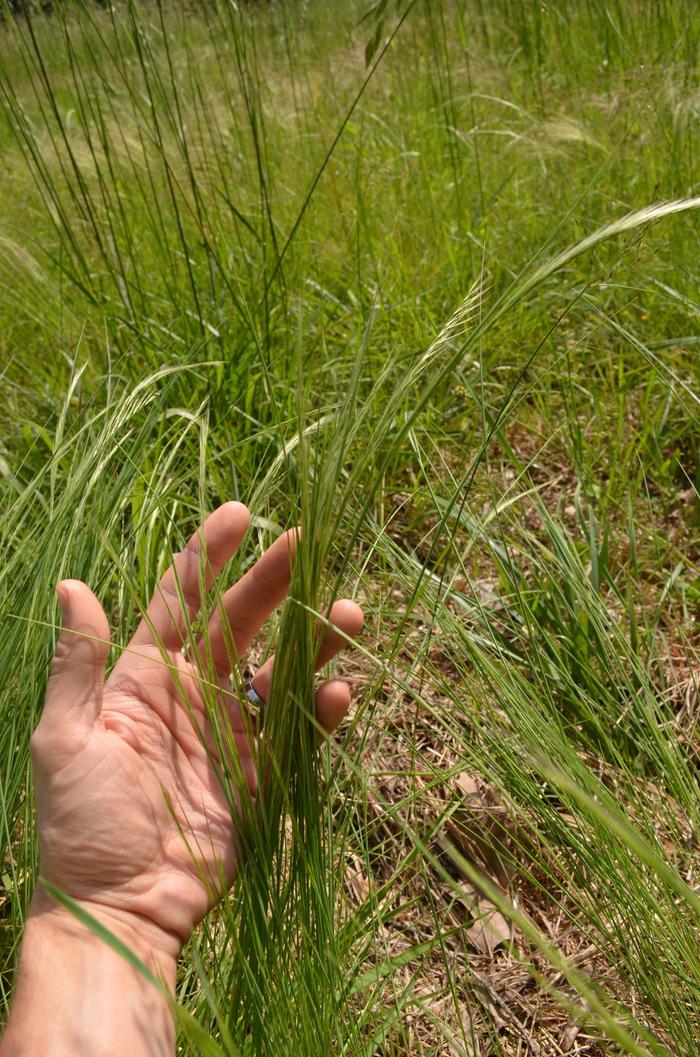 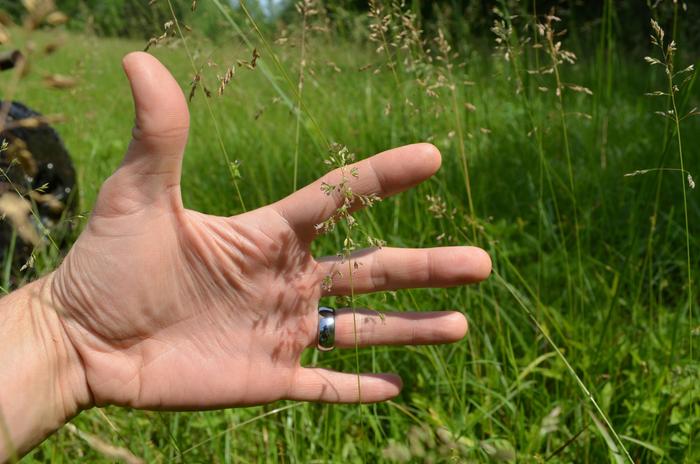 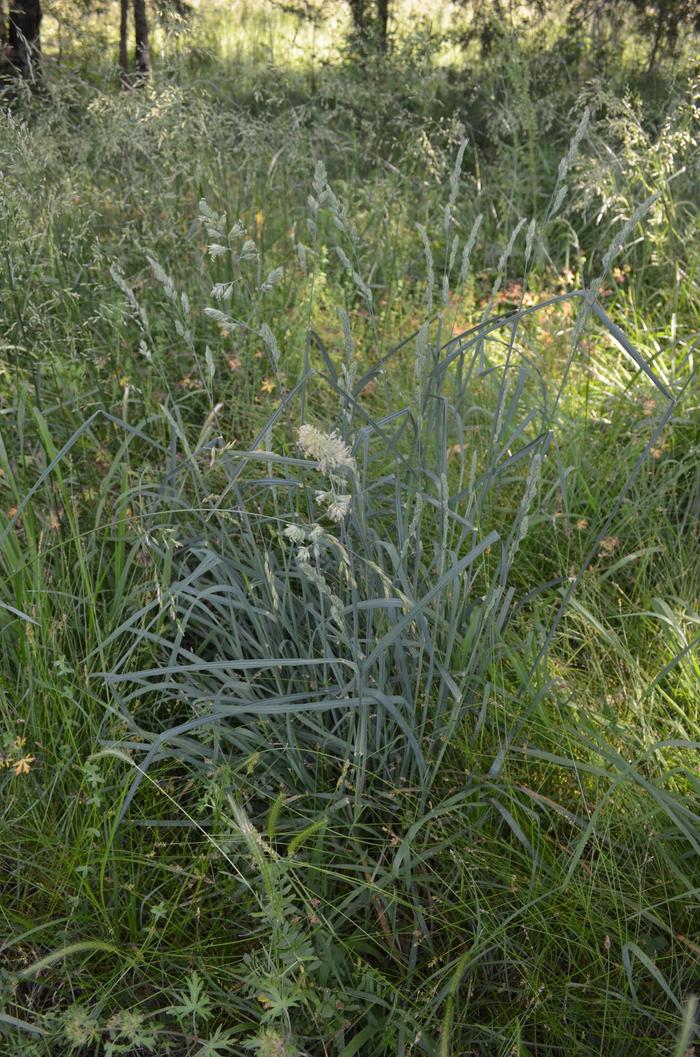 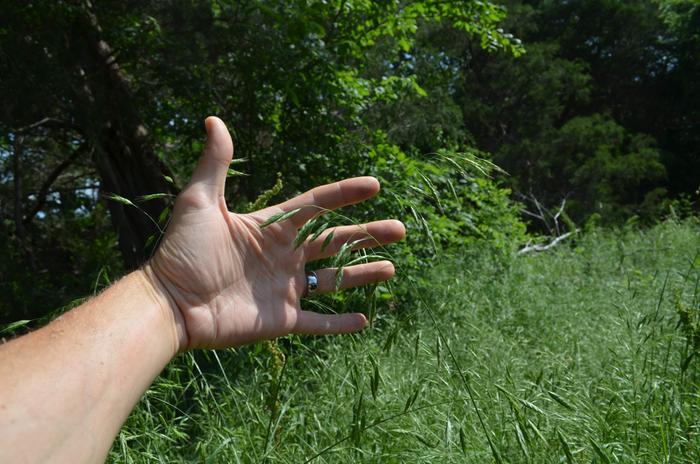 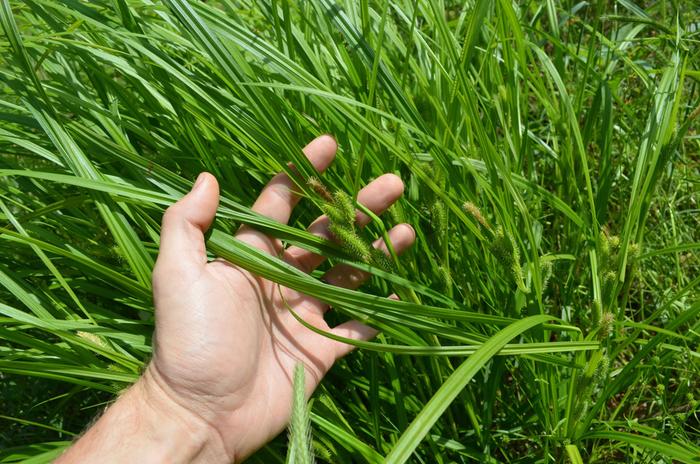 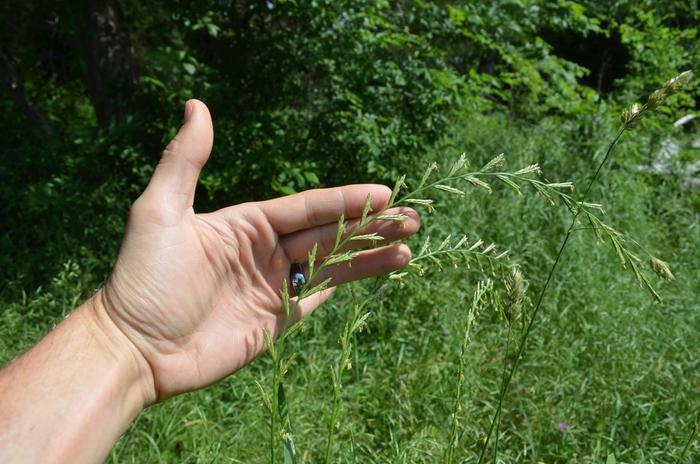 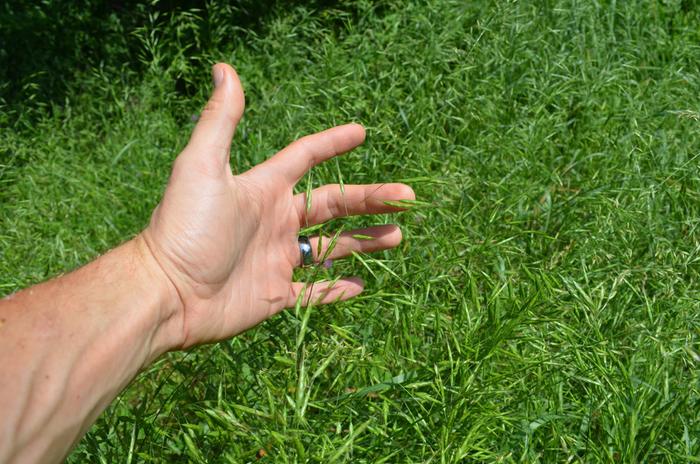 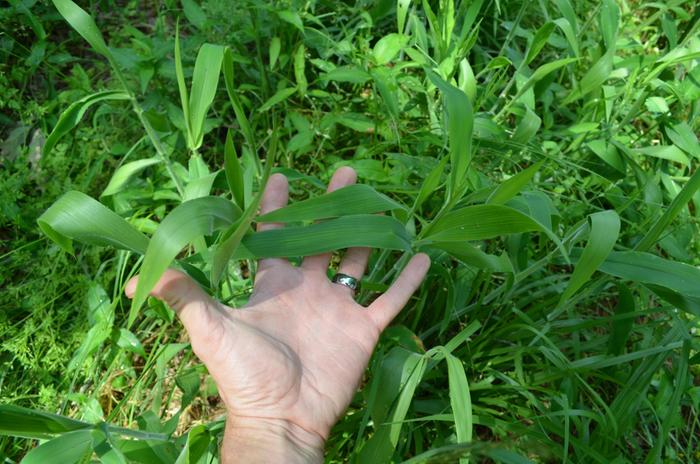 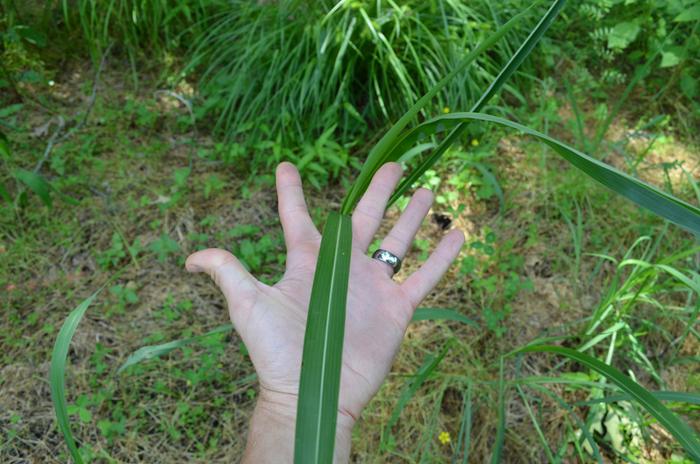 Others I don't know. I'm hoping someone who knows these can identify.

posted 1 year ago
I thought fescue had seed that was in panicled spikelets. I only know that term because when I was 16, I got a job at a hardware store, and there was a test, and one question on the test was "What is fescue?" and I didn't know so I looked it up, and panicled spikelets was in the dictionary and I never forgot it. I think #6 is something else, with the two rows of staggered seed.

Mike Branscombe
Posts: 16
2
posted 1 year ago
I'd bet the green grass around the little tree island is due to it holding more moisture than the open areas, maybe also holds a little warmer temperature; less wind etc.
J Davis
pollinator
Posts: 352
Location: East tn
88
I like...

posted 1 year ago
9 looks like Johnson grass, most consider it a nuisance but its got sorghum in the name so perhaps its got some useful potential. (?)

J Davis wrote:9 looks like Johnson grass, most consider it a nuisance but its got sorghum in the name so perhaps its got some useful potential. (?)

Indeed, it seems a lot of urban dwellers and landscape professionals consider johnson grass a "weed" or undesirable. What I do know about johnson grass is cows eat it, and that's what matters to me. Some years ago my grazier neighbor back where I moved from pointed out johnson grass in his pastures, and I don't recall it looking like that, either being that wide of a blade of grass or the almost white stripe down the center.

posted 1 year ago
After some googling on the internets, I think J Davis is right, and my memory is unreliable, and I believe picture #9 is indeed johnson grass.

posted 1 year ago
The extension agent came over this morning and I really enjoyed his visit walking the farm with him. He helped me identify some of the things I have growing around here, including some of the grasses in my post above. #3 is orchard grass, #5 is a type of sedge which he thought is probably globe sedge, #6 is ryegrass, #8 is he believes a type of signal grass, and #9 he confirmed is johnson grass. I'm still trying to figure out what #1,2,4 & 7 are.

posted 1 year ago
After looking at some pictures of grasses online, I think #4 is a variety of meadow grass, a common name for grasses in the poa family, and there are some 500 varieties according to wikipedia. I think grass #7 is some variety of bromegrass, but I could be wrong.