Shade vs mulch - to slash or not to slash?

Posts: 228
10
posted 9 years ago
So 13 months ago, I planted a "windbreak" (not really, because it is inline with the prevailing wind) out of a mix of Australian natives, primarily wattles and eucalypts. Out of 150 trees, I probably lost 10%, mostly due to part of the area (out of this view) that was flooded for several weeks.

The black wattles are doing particularly well - they are the big black/dark green things.  They were planted at 6 - 12" tall, they are almost all 8' or so now (a guess, but I am 6'2", and they're a lot taller than me).  As you can see, there's a lot of grass in there - it's about 3' tall, and very thick.  I slashed it down twice over the last year so that the trees would get a boost, and am trying to work out whether it's worth doing it again.  It's heading towards the start of summer here (just had two days over 30C [umm, just shy of 90F]), so it would seem like the slashed grass would form good mulch to retain moisture, but on the other hand I just heard Paul and Helen Attowe talking about Geoff Lawton's DVD, and they mentioned something about shade being better than mulch during hot periods.

Obviously the grass isn't shading the larger trees, but there are some smaller ones that you can't really see in the photos, and it seems like they'd benefit from more sun.  We have had a wet winter, so I guess there's a fair bit of moisture in all that grass and (hopefully) the soil it's shielding.  Coincidentally, you'll see some 3' tall dandelions growing right around the wattles - I gather from from what Toby Hemingway's book says that this is a good thing?

I guess I'm just after some observation to guide my own learning.  A picture is worth a thousand words ... please supply them 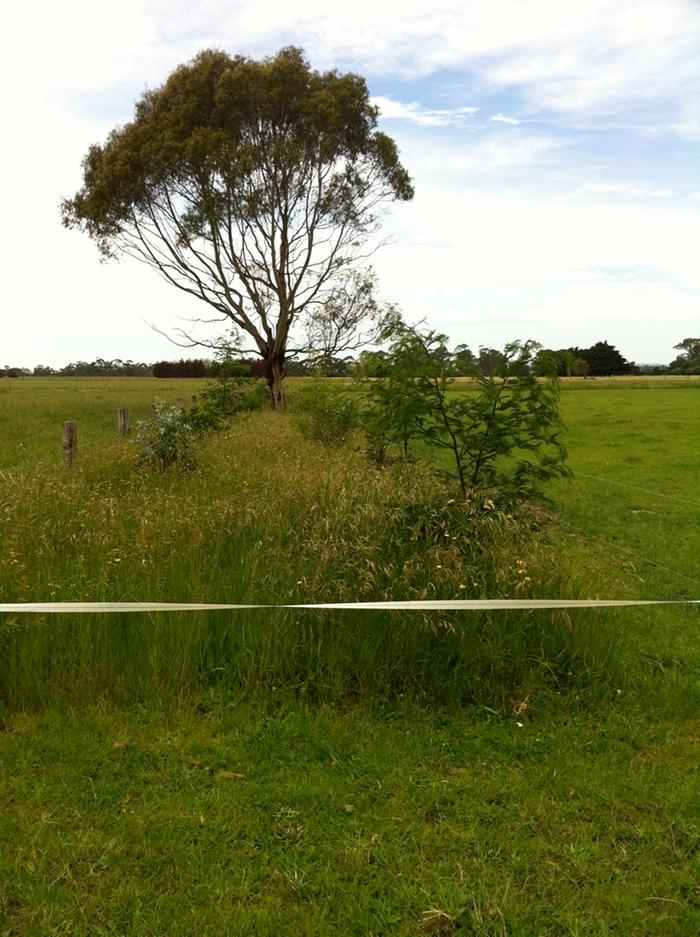 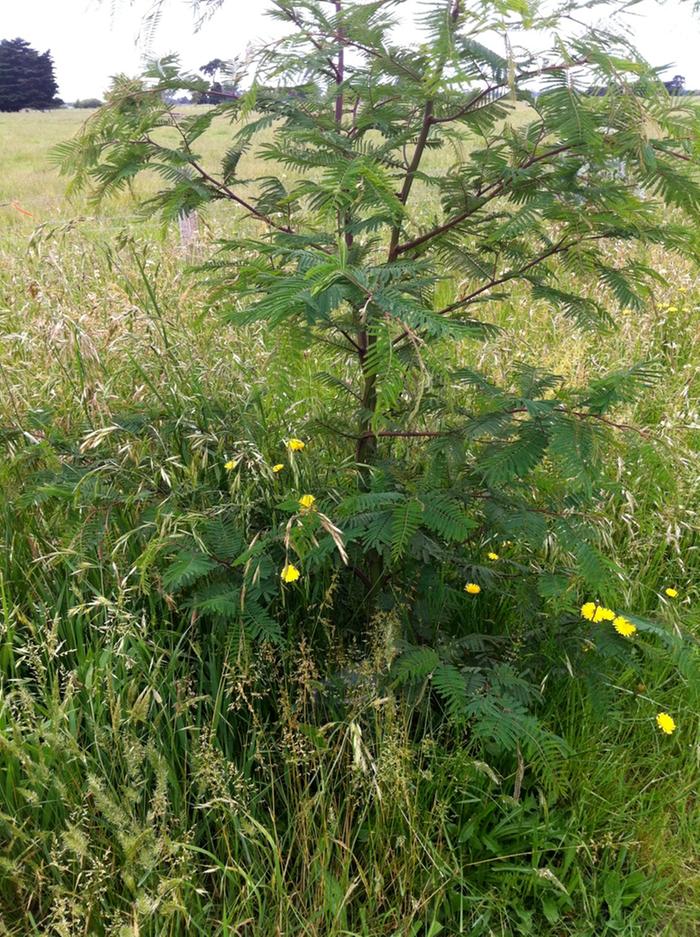 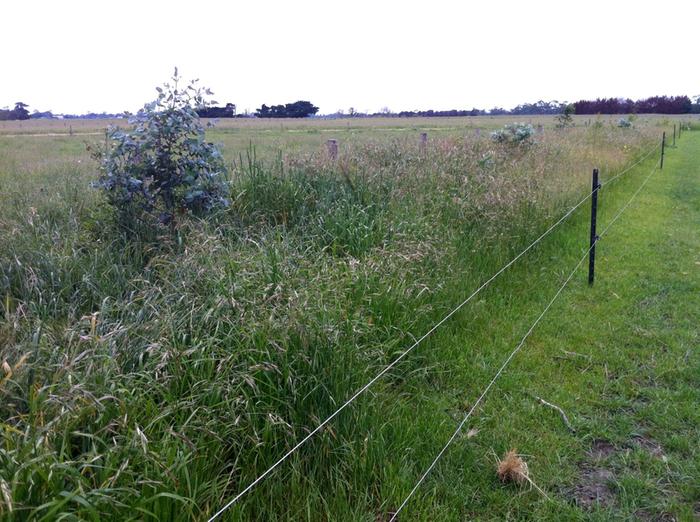 posted 9 years ago
Looks great, though I would be concerned about that much grass competing with the trees, so if you can, I would mulch them to keep down the grass in the strip.

Brenda Groth
pollinator
Posts: 4437
Location: North Central Michigan
26
posted 9 years ago
i also would probably put mulch around the tree bases or plant a chop and drop mulch type plant so it could provide mulch

Posts: 228
10
posted 9 years ago
Would slashing the grass and leaving it in place provide a mulch?
Tyler Ludens
pollinator
Posts: 11804
Location: Central Texas USA Latitude 30 Zone 8
1057
I like...

posted 9 years ago
That's probably what I would do, though if the grass mulch isn't thick enough to suppress more grass growing up through it, you might have to add something else like wood chips.

I have a smaller field, and cut with scythe.  The advantage of a scythe is that as you mow, you can place the cut, so that you are effectively concentrating your cuttings in one location.  I you are taking a nice 8 foot swath, and dumping it in a donut around your new tree, you might be concentrating cuttings from four times the area into one area.  This will give you a nice hay mulch that will surpress for a little less than a season.  If you really heap your cuttings (maybe 8:1 ratio of cut to pile) you will get a little bare patch that can take a transplate or a cutting the next fall.  In this way you are reorganizing your cuttings to designate the next planting sites.

Whey you heap your hay in piles, vs. letting it lay in a heap, it will have an effect on the kind of species that survive the mulching 'disturbance', favoring more perennial crawly rhizomatous and tap rooted species over shallow bunchy growers.

Given all that, with that kind of growth, and what little i know about wattle, I suspect they don't "need" your help, so I wouldn't do it purely for their benefit.