Permaculture in the Abkhazian Mountains

posted 2 years ago
I think it is time to finally introduce myself and our project here.

I decided to focus on Permaculture after seeing how Physics can't really solve actual problems anymore. Real world problems are apparently not interesting in the scientific community.
With that came the search for a place to do this. Initially I tried my (by then) home town Eutin, but the limitations of a German City with really conservative people, made things very much impossible.
A year ago I did find a good place in the Abhazian mountains.

Why Abkhazia?
It is located between Russia, Georgia, the greater Caucasus and the Black Sea. The climate ranges from humid subtropical to mountainous.
Being a country with high mountains and the sea, it has great water. The best water I have ever tasted by a long way.
There is clay subsoil in most areas and lime bedrock below that in the area where I am.

We are in a small village that is located near three tourist destinations (waterfall, caves, big lake), but this was not actually a reason to go here.
On reason was that there is a community of people (Abkhazian, Russian, Armenian and now German) that is coexisting.
The property itself is about 1ha of south facing slope with 20ha of forest (mostly alder with some honey and black locust) around it.

The advantages of living here are:
Low cost of living (compared to Germany anyway) (no hidden costs and vegetables are affordable – milk products are expensive though).
There is actually a bus that goes to the capital and back every Sunday. Plus Wednesday if you are wiling to walk 5km to the next village.
We still have an internet connection via 3G, which I want to replace with a radio grid network very soon.
No building codes (in the mountains anyway).

But it isn't all paradise here.
If you squint hard enough, it can be an example of a post-apocalyptic world.
After being part of the soviet union, they didn't want to be part of Georgia and Georgia invaded Abkhazia. Many people died during the war and a lot was destroyed or damaged.
To this day the economy is basically only tourism – needs to change (working on it).
Oh and there is a Russian military base nearby which can be heard and felt when they fire their artillery or run bombing trials.

Potentials:
From what I see this country and this place have a big potential, but it needs people from outside to help.
In particular we have a mountain river nearby where a 100kW hydro-generator could be installed just using a fraction of the total water. The limit is the size of the pipe.
There are square kilometers of unused valley space.
Plants grow insanely fast and big.

Now that a place has been found, we are looking for people to join.
Ideally people with interest in Permaculture and who enjoy some physical work.
But also people with skills like woodworking, metalworking, gardening, cooking or building.

posted 2 years ago
It is already quite beautiful, but it could be even more beautiful.
DSC_6547.jpg 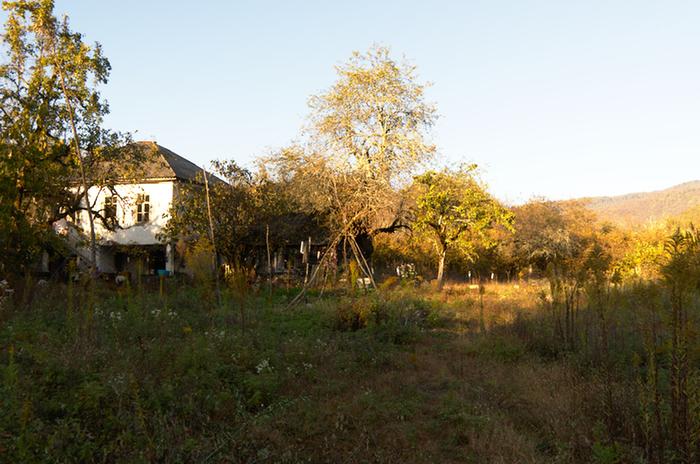 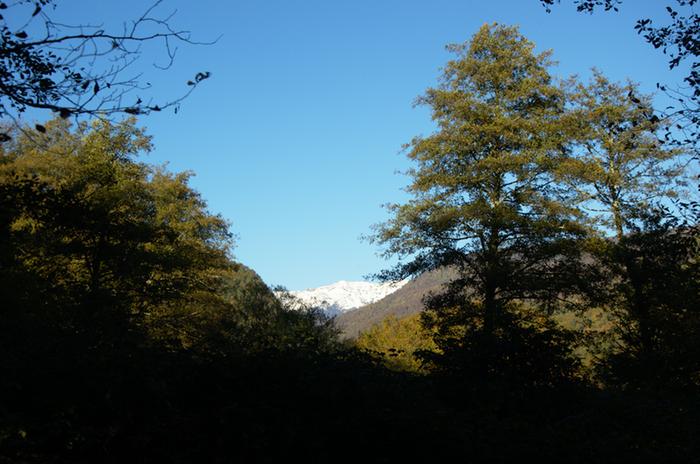 Stephen Nakar
Posts: 48
Location: Eastern Europe
posted 2 years ago
I was thinking about that area today. Weather looks great and can grow lots of good stuff.

1. What are the rules for residency? So someone can stay more than a few months.

2. Are there restrictive rules for exporting
produce and fruit? For example, how difficult is it to export by boat to Ukraine?

3. How difficult is it to import things from USA or Europe? Like eBay, Amazon, etc?

For example, buying a wood chipper machine in Europe is easy. Getting it imported to Ukraine is impossible because no one knows what the customs fees are. Is it the same in Abkhazia?

I thought about that area for growing fruit and vegetables I can import into Ukraine.

In Ukraine village areas locals don’t want to do this work and the ones that want any work are completely un-dependable.

posted 2 years ago
Stephen, I can't answer many questions… a lot of things that I still don't know.

1. Tourist visa can be extended fairly easily (it helps to know people).
2. I don't think that would be an issue at all, assuming you have a boat.
3. Tricky. Unless you have a ship you have the option of land transit via Russia or a fairly expensive route via Turkey. There is supposedly a way to send post here via Russia… Or you could bring things from Georgia by foot across the border. I will see if I can ask the customs office about it.
4. Not really. Our Abkhazian neighbor can't find people to work on his farm and is looking for people from Russia and Germany instead.

It all depends a lot of what your intentions are … we want to support the people and the country and in turn get support from everywhere.
I imagine if you want to run a commercial farm for profit here, people would want to see some money and only help for money.
Agricultural space is limited. There are wide areas at the coast towards Georgia, but they need to be developed first.
Stephen Nakar
Posts: 48
Location: Eastern Europe
posted 2 years ago
Your local neighbor is trying to get people to help for free? Or for some money? What is the daily rate to pay for agricultural work?

How long have you been there!

What is the gov like? Are they’re proactive or the usual waste of time?
Stephen Nakar
Posts: 48
Location: Eastern Europe
posted 2 years ago
Do they allow importation of seeds to Abkhazia? Ukraine doesn’t allow that. You have to bring them in by car. A total irritation.
Sebastian Köln
Posts: 641
Location: Abkhazia · Cfa (humid subtropical) - temperate · clay soil
83
I like...

posted 2 years ago
Our neighbor has some cows and buffalo. The profit is distributed to the people working there. But with 30 animals, it isn't going to be a lot.

I think 500 - 1000 rub/day if you provide accommodation and food. But you will have trouble finding people working for that. Most farms are family operated. But again… I have no idea.

I have been here a total of … 10 months now (and do not speak Russian).

Generally the people working in the government work together and try to help you where possible. It is a small country and one cannot afford a bad reputation.


If you have so many questions, I would suggest to visit and ask the officials… or maybe you can find something here: http://parlamentra.org/.


No. All land belongs to the People of Abkhazia.
But if you want to run something that benefits Abkhazia, there will be a solution. (Something like a 20 year lease with the condition to restore the soil and handing it over the locals after that.)
It is a small country and they cannot afford to sell land.

Stephen Nakar
Posts: 48
Location: Eastern Europe
posted 2 years ago
Then they will never get any real progress. Just small projects here and there if they are lucky. That’s one reason why there is probably not much development there and why I asked about the gov.

No ownership of land = no investment.

Are there farms already operating there that can export to Ukraine?
Sebastian Köln
Posts: 641
Location: Abkhazia · Cfa (humid subtropical) - temperate · clay soil
83
I like...

posted 2 years ago
Sounds like you have a different understanding of "progress" than me.
Stephen Nakar
Posts: 48
Location: Eastern Europe
posted 2 years ago
There are many forms of progress. I’m asking about things as it pertains to what I’m looking to do. Which is to create something that will continue on, in my vision, whatever that happens to be. But if what I create ends up in other hands, that doesn’t sound exciting at all.
Sebastian Köln
Posts: 641
Location: Abkhazia · Cfa (humid subtropical) - temperate · clay soil
83
I like...

posted 2 years ago
Initially I was going to complain about the monoculture of trees here (hazel for crop and alder taking back the old forest areas), but…

posted 2 years ago
A collection of photos related to this place can be found here.
Sebastian Köln
Posts: 641
Location: Abkhazia · Cfa (humid subtropical) - temperate · clay soil
83
I like...

posted 2 years ago
This winter has lots of sun! While it goes below freezing at night (usually a few millimeters of ice, occasionally a centimeter), the sun turns the days into what I would describe as late spring weather in Germany. I have just been in the greenhouse of a neighbor and it was 30°C inside. Now if one could collect and store all that energy…